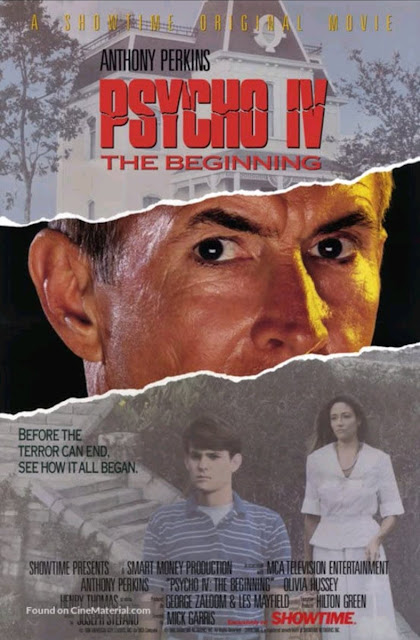 At one point during Psycho IV: The Beginning, a young Norman Bates is doing what he does best in the darkness of the night, lit only by the red taillights of a nearby car. Its director, Mick Garris, once mused that scene's lighting scheme inspired Martin Scorsese for his opening scene of Goodfellas where our mafioso heroes reveal the bloodied body of Billy Bats in the trunk of their car. (It's tempting to laugh at the idea of Martin Scorsese looking to Mick Garris, the director of Sleepwalkers, for inspiration, but Scorsese has seen more films than you, me, your dad, and the guy behind you combined, so it's totally possible.) The reason I bring this up is because we now live in a post-Bates Motel world, A&E's smash television hit that ran for five seasons, introduced the character of Norman Bates to a new generation, and which purported to take inspiration only from the original Psycho...but which has certainly lifted more than a few things from its first official prequel, Psycho IV: The Beginning.

Unless you are a hardcore horror fan, people are often surprised to learn that there was more than one Psycho (not even including its terrible remake.) "I had no idea they made sequels to that!" they often exclaim. Take that, add in the fact that Psycho IV: The Beginning never played in any American theaters, intended as being just a Showtime original movie, and I guess it's easy to understand why it's the least heard-of entry in the series. 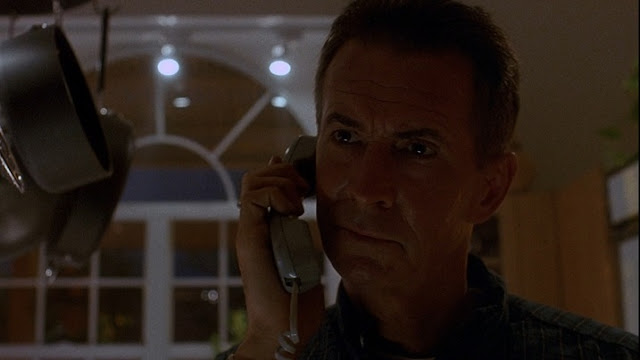 When dealing with sequels, it's always tempting to talk about which entry is the best, as there are numerous criteria to consider. Which honors the original the best? Which is the most entertaining, the most insane, the most violent? For similar horror series, like Halloween or Friday the 13th, these are acceptable debates in which to engage, being that though they all tried new things, they were all largely the same in construct. But with the Psycho series, each sequel strived to be incredibly different from the first, and from the sequels that came before. The very undervalued Psycho II played with the audience's preconceived notions of who Norman Bates was, not allowing them to trust their own eyes, as they were convinced the unseen knife-wielder could only be their titular madman. Psycho III, directed by star Anthony Perkins, goes full gonzo, ramping up the blackly comedic elements of the original while guiding it into a sleazy, dark, and somewhat uncomfortable direction. Psycho IV, written by original Psycho screenwriter Joseph Stefano (without input from original novelist Robert Bloch), brushes aside all the accumulated baggage of its previous sequels and opts to focus on the core of what made Psycho so interesting – the psychosis of its "leading man." (Garris confirmed his intent to ignore the sequels, but an in-film reference to the motel being closed down after the last murders "a few years ago" seems to fly in the face of that. If by "a few" you mean "thirty," well, okay.)

Norman Bates, now somewhat unrealistically living free and married to a staff member of the hospital where he'd been committed, is calling into a radio show (remember those?) to put in his two cents on the subject of matricide: the killing of a mother by her child. Using the name Ed (as in Ed Gein, the Wisconsin serial killer who inspired the character of Norman Bates, along with scores of other fictional cinematic killers), Norman delves back into his never-discussed childhood, finally fleshing out his mother, Norma, beyond just a stuffed corpse in a rocking chair. After thirty years, the audience gets a taste of the physical, emotional, and sexual abuse he suffered at her hands until the iced tea/strychnine cocktail he eventually served her. 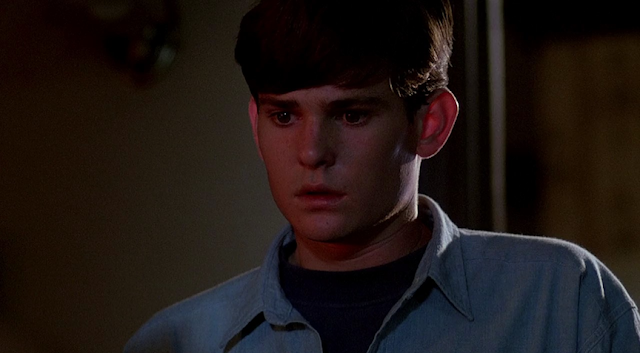 The cast – in the past and in the present – do a fine job of sliding into Bates family history. Henry Thomas (The Haunting of Hill House) is remarkable as a young Norman Bates, unafraid to tackle some taboo topics and frankly a handful of uncomfortable scenes to film (popping a B while rolling around on top of your "mother" certainly qualifies). In terms of younger iterations, his take is far better than Freddie Highmore's somewhat irritating, mush-mouthed version from A&E. Olivia Hussey (Black Christmas) as Mama Bates offers the strongest performance, with a character even more complicated than Norman. While the son is the fucked-up progeny of his mother, it's the creator of his psychosis who must come off even more unhinged. Hussey's take on the character has to be so many things: loving and happy, but sad and resentful; sexual, but puritanical. She's manic depressive, bi-polar, and emotionally manipulative, all at once. (Again, somewhere, Vera Farmiga was taking notes.) CCH Pounder (Tales from the Crypt Presents: Demon Knight), an actress as awesome as her name, does typically great work as a radio show host slowly transitioning from skeptical and slightly amused to invested and even personally responsible for the bloody path Norman is threatening to cut. And of course, there's Anthony Perkins stepping back into his most famous role. Much of his limited screen time is relegated to him hugging a phone to his face and providing segues into the past, but the amount of emotion he's capable of conveying is highly effective.

Much of Psycho IV is very well made – it's certainly the best film in director Garris' career – and it's really only during the final act where it falters, intent on giving present-day Norman some knifery to do (or consider doing). The idea of him struggling with whether or not to kill his wife – and by proxy, his unborn child – in an attempt to avoid passing off his madness to someone else comes off just slightly obligatory (not to mention certainly put a damper on the marriage); the same emotional catharsis could have been had in Norman's burning down of his family home while confronting the ghosts of his past, leaving a doubt in the audience's mind he might make it out of the inferno alive, without resorting to cheap and unnecessary slasher film territory to bring it all home. 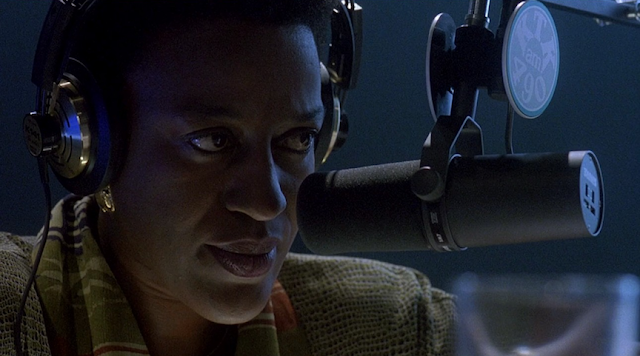 Exploring the backgrounds of our favorite cinematic killers has become more and more prominent in recent years, with the remakes of Halloween, A Nightmare on Elm Street, and coming soon, another Friday the 13th, robbing from their respective boogeymen their sense of mystique, and thus, their potency. The same cannot be said of Psycho IV, as nothing within it was fabricated beyond what was already spoken of or alluded to in the original film.

While Psycho IV might not be the best of the sequels, it certainly treats the original film with the most reverence, unafraid to embrace the more icky subjects that the sequels opted to avoid. It was a worthy send-off for the character of Norman Bates, who, despite all the women-stabbing, has proven consistently to be the most sympathetic movie maniac of them all, with Psycho IV making him even more so. Though one could argue that the groundwork for exploring Norman Bates' backstory was laid during the original film in its final moments, Psycho IV: The Beginning is as respectful to that as it can be without coming off as exploitative of the Hitchcock classic.