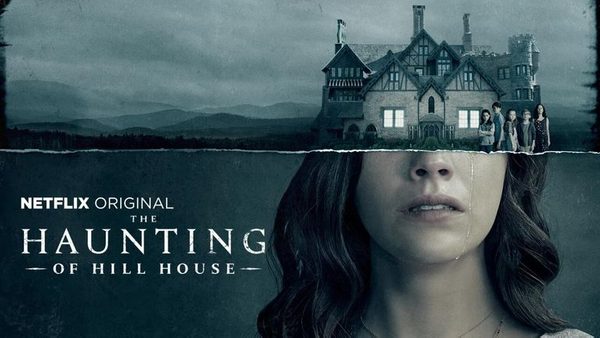 I’ve been following director Mike Flanagan’s career ever since his debut, Absentia, was quietly released to video following a successful film festival run. I’d been so eager to see it that I’d messaged him on Facebook to inquire where I could find it and he’d politely responded. Now look at him: in less than eight years, he’s matriculated from a kind fellow answering Facebook inquiries to landing the gig of making a sorta-sequel to one of the greatest horror films of all time, The Shining. (He is also still politely answering questions, this time on Twitter.) As we gear up for the release of his next film, Doctor Sleep, which sees the return of Danny Torrance (this time played by Ewan MacGregor), Paramount has done the unthinkable: released a physical media version of a Netflix production--the wildly successful miniseries, The Haunting of Hill House.

Following the release of Absentia, Flanagan has remained loyal to the horror genre, writing and directing the haunted mirror flick Oculus, the criminally underseen sequel, Ouija: Origin Of Evil, the similarly criminally underseen horror fairy tale, Before I Wake, and Netflix originals Hush and the Stephen King adaptation Gerald’s Game. Flanagan has yet to make a horror film that’s not been at the very least engaging, with nearly all of them being frightening in some manner, and in different ways. (Ouija: Origin Of Evil is legitimately spooky, and if you’ve been ignoring it because the first Ouija is so terrible, I don't blame you, but please rectify that immediately.)

Though Flanagan is still early on in his career, I’m tempted to call The Haunting of Hill House his masterpiece. While it heavily revises the source 1959 novel of the same name by Shirley Jackson, which was previously adapted for 1963's moody classic The Haunting and 1998's overblown update of the same name, all the characters from the novel appear in the new take, though rewritten to be members of the same family (one of them named after the novelist herself). Instead of a group of volunteers gathering in the infamous Hill house to take part in a study on the paranormal, those volunteers are now siblings growing up under the guidance of their romantic, dreamy parents (Henry Thomas and Carla Gugino), who have somehow turned the concept of flipping houses into an admirable, artistic act. Hill house is just their latest endeavor, and a huge financial risk, but if all goes well with the restoration, it will be the last house they ever flip, and they can finally build their own “forever home” to live out the rest of their days. Soon, the ghosts of the house begin to victimize them all, especially setting their sights on the emotionally unwell Olivia (Gugino), pushing her to a mental breaking point and permanently altering the family dynamic. 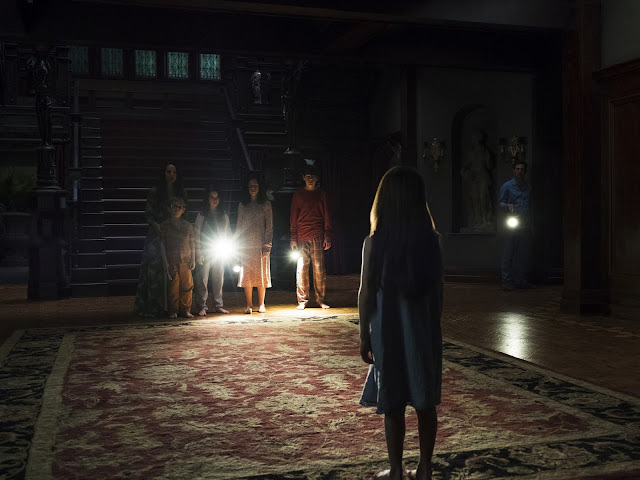 Spread out over ten, approximately one-hour episodes (several of those appearing as extended director’s cuts exclusively on the new Blu-ray release), The Haunting of Hill House is a magnificent piece of filmmaking—one intent on positioning horror and human emotion side by side, in the same way the Crain family lives side by side with the varied ghosts of Hill house. The series is honest about many human issues, some of them taboo topics trapped in the constant debate of everyday news cycles—chief among them, depression and mental illness. Because of this, The Haunting of Hill House is a brutal gut punch in many ways, and one of the Crain siblings, Steven (Michiel Huisman, Game of Thrones), lays out in one of the opening scenes what a ghost actually is: “A memory, a daydream, a secret. Grief, anger, guilt. But, in my experience, most times they're just what we want to see. Most times, a ghost is a wish.” That right there is the foundation on which The Haunting of Hill House has been erected. Along with the typical, spooky-faced specters, all of those things—grief, anger, guilt—bleed through every episode, haunting our characters in different, meaningful ways. (Each of the characters also represent the different stages of the grieving process, and their specific episodes appear in that same order.) Though Flanagan has drastically changed Jackson’s story structure, he remains firmly true to the intent of her novel. The haunted house exists in the background, but the story itself is about Nell (Victoria Pedretti), her unhappiness, her inability to fit in, and that being surrounded by people who don’t understand her, and who dismiss her struggles and feelings of isolation, leads to her ruin. This is the crux of the show, so it’s no surprise that the siblings’ relationships to each other serve as the emotional center; the back-and-forth timeline technique juxtaposes their child and adult counterparts, and the prologue scenes will break your heart once you begin to suspect how badly things will go for the Crain family.

In many ways, The Haunting of Hill House is a Rorschach test. If you’re in it solely for the horror, you won’t be disappointed; there are numerous moments that will give you serious, earned chills, and you’ll have fun trying to spot all the background ghosts hidden throughout the show (there are a lot). Meanwhile, if you’re more interested in the drama, you’ll get that too, and if you truly invest in the characters and manage to relate to any one of them, you’ll find yourself in tears. And if you want both, I can’t think of a single piece of genre filmmaking in recent memory that’s gone anywhere as close to offering and achieving those combined sensibilities. You will bring out of The Haunting of Hill House exactly what you put into it—like the mysterious Red Room itself. 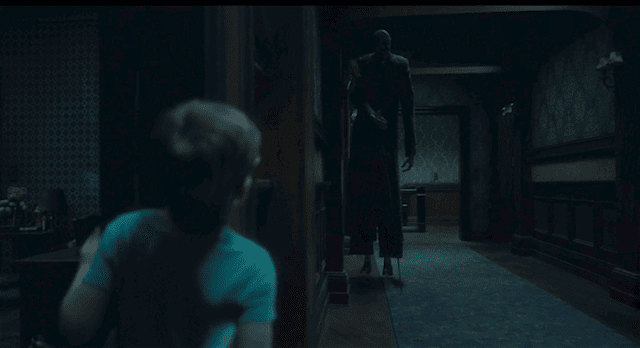 It’s a bold claim, but for my money, The Haunting of Hill House is the best thing Netflix has ever done (I’ll certainly say that “Two Storms” is one of the greatest episodes of any television show—ever), and it’s touched many of its viewers in different ways. (DG’s own Samantha Schorsch wrote a beautiful and deeply personal piece about it, which you need to check out ASAP.) For as long as I’ve delved into films and television as a means for exploring artistic expression, I’ve been hearing people say, “Such and such changed my life,” and for years I wrote that off as a clichéd, bullshit expression that didn’t mean anything—a haughtier but equally vague way of saying something was “amazing.” Following my now multiple viewings of The Haunting of Hill House, I finally understand what those people were saying. Its many themes about life, its ruminations on death, and the way it presents real struggles of people both ordinary and extraordinary have resonated with me in a profound way, and I can honestly say The Haunting of Hill House has changed my life.

Flanagan is currently hard at work on a spiritual follow-up, The Haunting of Bly Manor, based on the novella The Turn of the Screw by Henry James. Another tale of children growing up in a haunted house, it premieres October of 2020. Between that and Halloween Kills, this next year is going to be the most agonizing wait of my life.

The Haunting of Hill House is now available on Blu-ray from Paramount Home Entertainment. Even though we’re all slaves to Netflix and have access to it whenever we wish, I would implore you to buy this release. Encourage Netflix to consider further physical releases of their properties—something I wish would become commonplace, as far too many Netflix originals are languishing behind the streaming service’s paywall—but more importantly, buy this release to encourage smart, honest, and emotional horror. We could use more of it.