"For Ventriloquy, or speaking from the bottom of the Belly, 'tis a thing I think as strange and difficult to be conceived as any thing in Witchcraft, nor can it, I believe, be performed in any distinctness of articulate sounds, without such assistance of the Spirits, that spoke out of the Daemoniacks." 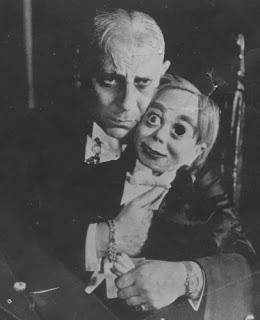 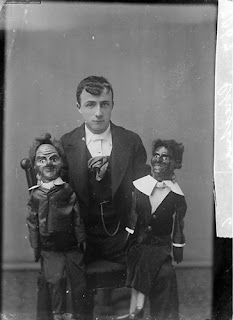 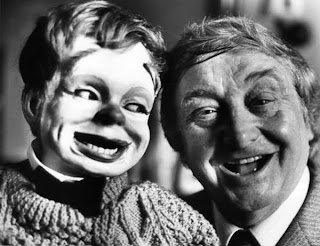 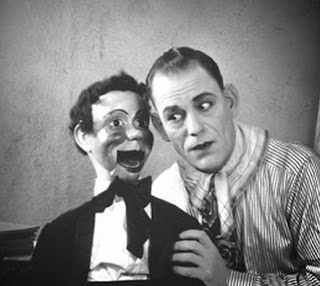 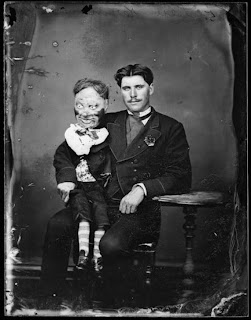 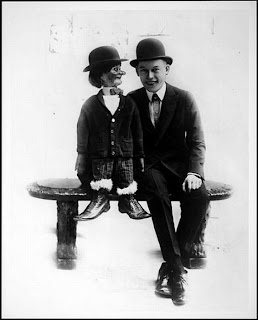 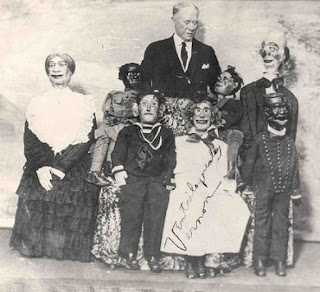 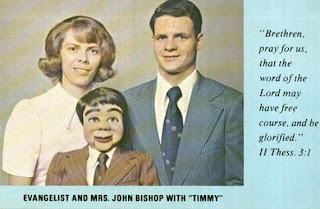 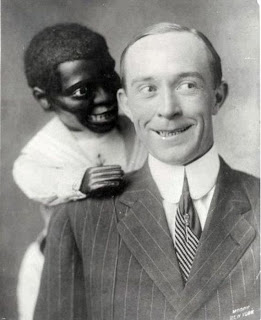 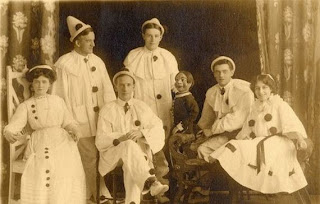 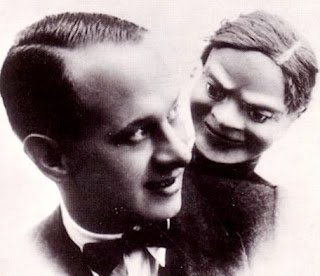 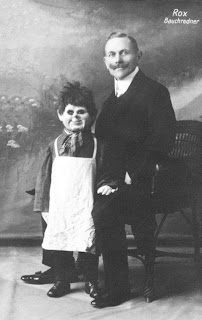 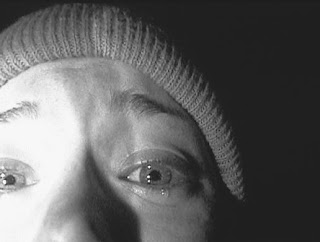 Found footage movies, especially in the horror genre, are very polarizing to both general movie audiences and the hardcore genre niche as well. Some people love the format (I’m one of them), and others hate it—and for a variety of reasons. Some cite the shaky nature of the camera as too nauseating to endure; others find the (sometimes) lack of a tangible and visible antagonist boring and anticlimactic (though these are actually the people who long ago abandoned the concept of using their own imagination).

My favorite argument: the filmmakers go through the trouble of making it look real, but we all know it’s not real, because it’s a movie.

I recall going to see The Blair Witch Project in theaters, and the crowd was quiet the entire running time, which in this day and age is almost unheard of. No one at my screening, at the film's conclusion, walked out complaining—in fact, everyone walked out quietly, as if in a daze. It was a movie I would end up loving and revisiting several times at home, along with the equally creepy and interesting Curse of the Blair Witch, a fake television special/documentary created to enhance the myth which established the foundation of the The Blair Witch Project.

And then it happened.

The first people out of the theater doors (and probably well aware of the marketing approach) proclaimed The Blair Witch Project to be terrifying and utterly realistic. "The scariest movie since The Exorcist!" the TV spots would boast.

People, being people, reacted in the way that people do: if someone tells you something is scary, you must not only see it, but prove them wrong. "That wasn't scary! It was stupid! You don't know me! You don't know what scares me! Because NOTHING can!"

The last thing we as people like to be is predictable. This extends to every facet of our life—up to and including film as a medium.

And so we return to that one generic complaint people have about found footage movies in general: the common knowledge that what they are seeing isn't real, despite the filmmakers breaking their backs for their films to appear as such.

When The Blair Witch Project first came out, the Internet was booming—and not just for nerds in garages, but for regular, blue-collar folks like you and me. The Internet hoax was yet to be realized...until a brilliant marketing strategy from now-defunct Artisan Entertainment, the mini-studio that would go on to release the film.

Everything in The Blair Witch Project was 100% real. And those kids in the film? They weren't actors, but real students. And up to that time, they were still missing. At that point, everyone had visited the Blair Witch website, which unbeknownst to them, was secretly promoting the film, all the while seeming to instead serve as a sounding board for the missing students' heartsick parents. We all remember the photos of Heather's mom hanging up "missing" photos. We all saw the testimonies from the students' friends and families begging anyone with information to come forward.

And most people bought it like the suckers they are.

I didn't, however; and not because of my supreme intelligence or superiority over the hoi polloi, but because of my basic concept of common sense and my love for Fangoria Magazine. Yes, I knew walking into that theater that the movie was fake—yet I still managed to adore the film.

So why didn't people feel the same way?  Why—once the cast started making the rounds, and they each appeared on the covers for both Time and Newsweek, and Heather suddenly showed up on Jay Leno—did audiences suddenly feel cheated?

"We thought it was real!" they cried. "If it never happened, it's stupid!"

The irony that they had bought the lie and thought the movie was real—the intention behind Artisan's marketing—was lost, not to mention dripping with the subtle and creepy inference that audiences were disappointed to learn those kids in the film were actually quite alive and well. Audiences wanted them dead...strewn about in bloody bits and turned into witch hats. Especially Heather.

And since then, found footage movies have received lukewarm receptions by movie goers. Whatever steam had been established, up to the release of The Blair Witch Project, had suddenly dissipated.

None of it was real, you see. And that sucked.

But almost ten years later came a rebirth of the sub-genre, thanks to the recent success of Cloverfield and The Last Exorcism, movies which proved that money is to be made, and critics are to be wowed.

And so the found footage is back in a big way.

As I write this, there are more than 30 found footage movies (and probably more, considering my half-hearted Google attempt) either in production or waiting to be released. They range from low budget indies with casts of unknowns to crews of A-list talent (and Barry Levinson). Some of these films have already enjoyed film festival screenings, or await major wide releases, but regardless, they're coming.

Break out the Dramamine.
Posted by TEOS at 12:25 PM No comments:

Life is short, and shortly it will end;
Death comes quickly and respects no one,
Death destroys everything and takes pity on no one.
To death we are hastening, let us refrain from sinning.


If you do not turn back and become like a child,
And change your life for the better,
You will not be able to enter, blessed, the Kingdom of God.
To death we are hastening, let us refrain from sinning. 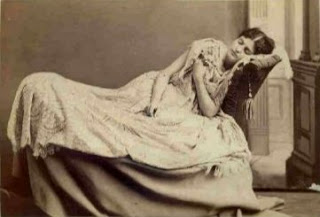 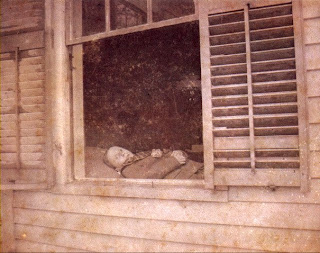 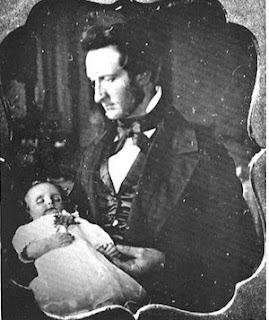 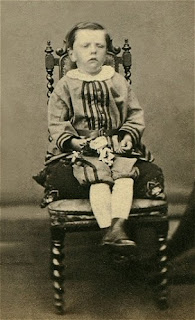 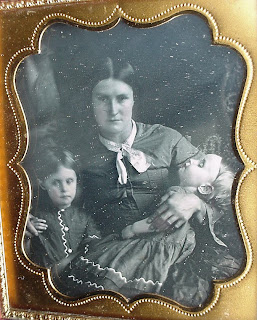 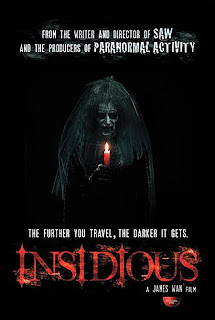 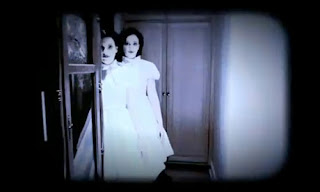 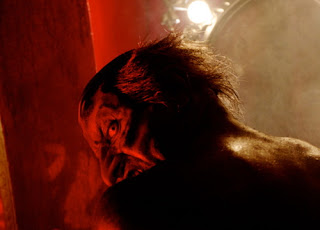 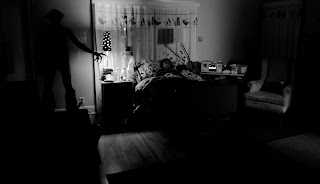