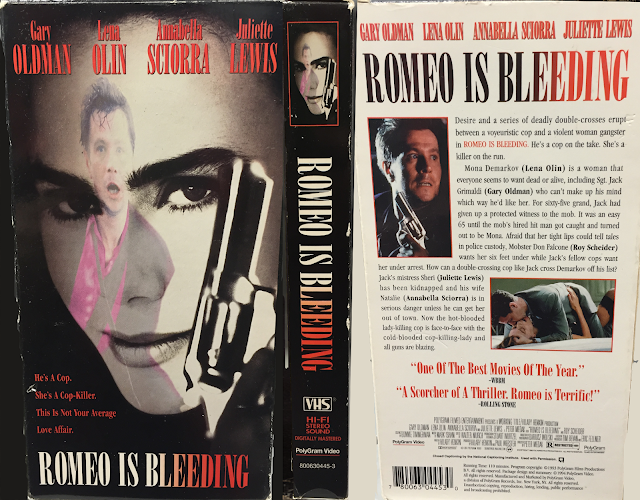 Filmmaker Peter Medak (Zorro, the Gay Blade; The Ruling Class) isn’t the only director who would have been capable of telling a story like Romeo is Bleeding, but he is likely one of the few whose sensibilities and aesthetic would have resulted in the film being worthy of discussion more than twenty years after its release. Romeo is Bleeding has been described as neo-noir, which is a good starting off point, but if other films, like Memento or Blade Runner, are referred to as the same, then Romeo is Bleeding deserves another class entirely.

I’m not good at word play, but you get the idea. 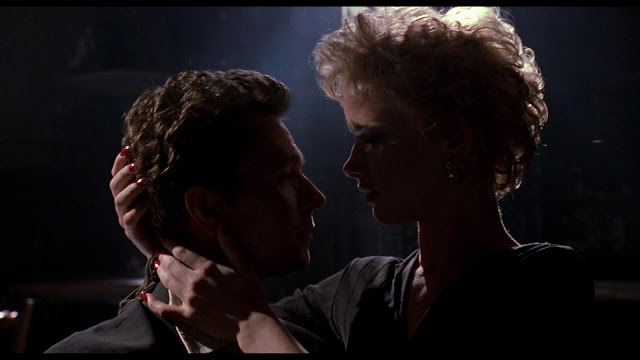 Whatever term we concoct, Romeo is Bleeding blows the doors off the film-noir genre as we know it, injecting a European-style level of debauchery usually reserved for either art-house fare or 42nd Street. Many of the typical aspects of noir are heightened; the damaged lead in over his his head, he trouble in which he finds himself, and the femme fatale who may or may not figure into the main conflict--it's all so turned up beyond eleven that it comes dangerously close to coming off as satire, but Medak keeps things evenly keeled so that the wheels only threaten to come off, instead of doing so.

Sidestepping the plot (because it can barely be addressed without giving away its best twists and turns), Romeo is Bleeding is a film brought to life by its phenomenal cast.

Gary Oldman's Grimaldi isn't just a flawed man looking for redemption--he's a slimy scumbag who can do all manner of questionable things as a husband, a man, and a cop, but still go home at the end of the night to his wife (Annabella Sciorra) who it would seem he really does love. But that love doesn't keep him from the arms of his on-the-side girlfriend (Juliette Lewis), or from taking on-the-side work from the mafia by giving away the locations of protected witnesses for $65,000 a pop. Giving Grimaldi life is the consistently watchable Oldman, infusing his performance with certain shades of bombast, the full dose of which we wouldn't experience until his very next film, Léon. At this point in his career, he was riding high on a series of well-received films and/or performances, with True Romance, Bram Stoker's Dracula, and JFK in the immediate past, and with Immortal Beloved and Murder in the First soon to come. There's possibly never been a better streak of strong performances. 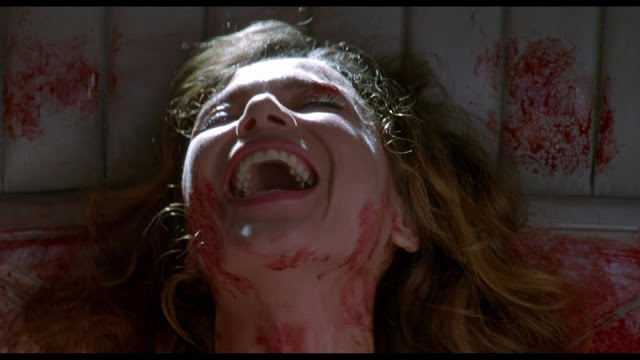 Whomever coined the term “femme fatale” never in his or her wildest dreams could have ever predicted that it would lead to Lena Olin’s Mona Demarkov. The closest thing on-screen to a female Hannibal Lecter, Olin is madly seductive to watch, her willingness to display brazen sexuality equally matched by the level of insanity she’s obviously delighted in achieving. Watching her squirm across car hoods or snap on rather revealing leather harnesses leaves you with the sense that very few of her female colleagues would have ever been brave or daring enough to dedicate themselves entirely to such a role. Olin, who has played similar (though very watered down) versions of this character in The Unbearable Lightness of Being and The Ninth Gate, oozes sensuality alongside danger, presenting the two as if to suggest one cannot exist without the other, which is appropriate, being that Romeo is Bleeding goes out of its way several times to explore themes of duality and the natural balance of the universe.

More typical femme fatales of the past preyed on the loneliness and isolation usually exhibited by our flawed but well-meaning heroes. This time, however, Olin senses that Oldman’s Grimaldi isn’t lonely or isolated so much as he possesses a self-destructive appetite for sex and danger, which leads him into the beds of other women. Olin’s Mona is the femme fatale of the ’90s, fully exploiting her own sexual nature to lure Grimaldi into the type of danger that usually befalls the many men who should know better in the noir universe. 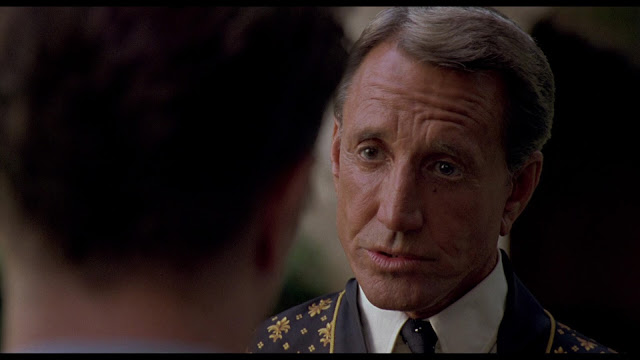 One might accuse Romeo is Bleeding of being overstuffed to the point of powder-keg status, and of offering the false indication that the conflict has resolved itself before introducing the next unseen development, but that doesn’t dare come close to ruling out Romeo is Bleeding for unworthy proper examination and respect. As modern noir goes, it hits the tropes beat for beat, right down to the cynical narration by Oldman and the horn-driven musical score by Mark Isham, but along the way it adds a gonzo amount of sexual aberration and violence that students of more classic noir might not fully stomach. Think of Romeo is Bleeding as a gender-swapped, crime-thriller version of The Silence of the Lambs and maybe you're on the right track.

Film noir newbs should stick Romeo is Bleeding at the bottom of the pile until their feet are a bit wetter. Celebrated tropes of the noir movement are certainly on hand, but have been transformed under Medak's eccentric eye; he gleefully embraces the crazier aspects of Hilary Henkin's screenplay to present a take on noir that hasn't been topped probably ever, and whose closest competition is Robert Rodriguez's Sin City. Romeo is Bleeding might be a bit too overstuffed for its own good, but when the events that come out of this excess are this insane, and when they enable one of Gary Oldman's best and most reckless performances, well, it's easy to forgive.