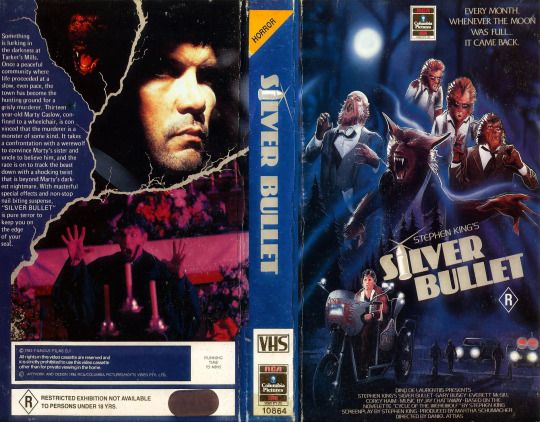 In the pantheon of Stephen King adaptations, Silver Bullet never garnered much respect, which is something I can and can’t understand. Based on his novella “Cycle of the Werewolf” (King also wrote the screenplay), Silver Bullet was the seventh feature film baring King’s name to hit theaters in the decade since his first novel, Carrie, was published. Following 1983’s trifecta of Cujo, The Dead Zone, and Christine came the forgettable Firestarter and Children of the Corn the next year. Silver Bullet and Stand By Me were released back-to-back in 1985 and 1986, respectively, and despite the latter being a coming-of-age drama, the pair of films actually feel spiritually joined. Both are made with that hazy, somewhat overblown light, presenting the films as memories recollected much later on in life. That Silver Bullet is narrated by an adult version of Marty’s sister, Jane (Megan Follows), lends this the additional sense of nostalgia that gives the flick most of its power, which also echoes Richard Dreyfuss’ narration in Stand By Me. Finally, both films are set in idealistic, Bradburian places and times, though both are actually about the youth overcoming their childhoods and acknowledging their mortality.

Silver Bullet is the sole feature film credit for director Daniel Attias, who has otherwise worked in prominent television over the last 20 years (and who lent a directorial hand during the first season of Hulu’s Stephen King series Castle Rock, which is pretty cool). He approaches Silver Bullet as if it were a childhood drama that just so happens to feature horrific and fantastical elements; there’s a heavy emphasis on Marty’s (Cory Haim) feeling of being an outlier not just because he’s wheelchair bound, but because, as typical in conflicts where a kid knows of danger, no one believes him. (Silver Bullet was nearly directed by Phantasm director Don Coscarelli, and it’s interesting to speculate what his version would have looked like, especially when noting that the original Phantasm shares many of its themes, chief among them a quasi-outcast youth fighting against a supernatural force in his town.) 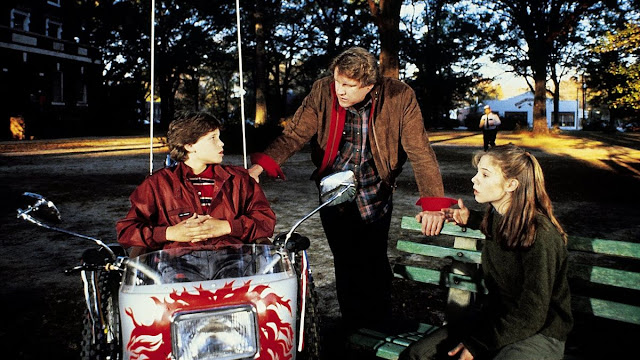 There’s a subtle and purposeful somber tone throughout, which is heightened by its musical score from composer Jay Chattaway; he, also, approaches many scenes where creeping sustained strings would be more appropriate, but where he instead relies on melancholy tones. Attias stages some excellent sequences—of suspense, when Reverend Lowe (an excellent Everett McGill) approaches young Marty trapped in a covered bridge, or corners Jane in his garage; and drama, like the emotional outburst of Herb Kincaid (Kent Broadhurst), whose son was killed by the werewolf, that brings an entire rowdy bar to silence, and who, in just two heartbreaking scenes, absolutely steals the entire film from everyone else.

King’s screenplay is mostly solid, turning his somewhat unorthodox short story into a more streamlined narrative, though it does feel like there are some leaps in logic at times, along with some unexplored opportunities. Once reports of townspeople being found mutilated by a wild animal begin circulating, Marty makes the leap to pinning the blame on a werewolf a bit too abruptly. (It’s also unlikely that the wheelchair-bound Marty would throw caution to the wind, following a “don’t let the terrorists win”-like conversation with his boozing trainwreck Uncle Red (Gary Busey), and decide to sneak out in the middle of the night to set off fireworks and hoot and holler about it, all while still believing there’s a murderous werewolf somewhere in the night.) And when it’s eventually revealed that the werewolf is none other than Reverend Lowe, the film very subtly hints that the reverend is attempting to channel his lycanthropic urges by taking out his bloodthirst on sinful members of the town—perhaps after becoming privy to these sins during confession—but that this theory lacks even a brief acknowledgment from Lowe feels like a missed opportunity. In fact, much of the werewolf aspect to his character is kept vague—there are no flashbacks to his encountering a wolf during the third-act reveal, nor even so much as a one-sentence explanation on how he’s caught the werewolf scourge. He’s a werewolf, we’re to accept it, and that’s all there is to it. Undoubtedly, though, this was a purposeful choice, because the screenplay definitely doesn’t skimp on character development. There’s an earnest effort on behalf of King to shore up the relationship between Red and Marty’s mother, Nan (Robin Groves), presenting their dynamic as one of love but also deep conflict; Red, recently divorced, is a shiftless alcoholic, and Nan wants him to get his shit together before he risks inadvertently teaching Marty that giving up on life is an option. And some of the film’s best scenes take place not with our core characters, but with the secondary townspeople, including Sheriff Haller’s (Terry O’Quinn, The Stepfather) confrontations with the loud-mouthed troublemaker Fairton (Bill Smitrovich, TV’s Millennium). 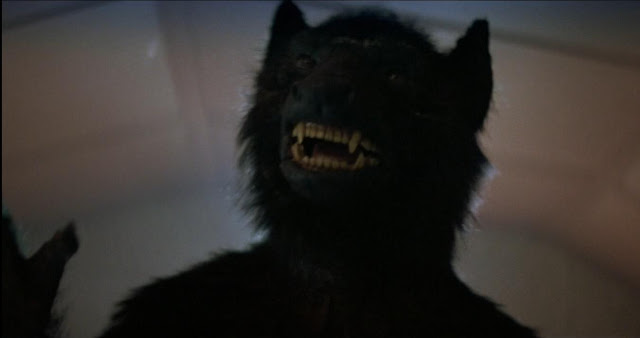 Sure, the werewolf effects are a little hokey, and the pained shrieks it emits sound a little too close to Toho’s Godzilla, but within the framework of the way this story is being told — through a memory — then, at least to me, it’s forgivable. Haim would go on to appear in the much more celebrated vampire romp The Lost Boys, which I’d easily call the lesser of the two by comparison, but his role in Silver Bullet feels more grounded, more emotional, and hence, much more realistic. And hey — Gary Busey spends the entire finale being thrown into furniture. What’s not to love about that?

By now, the written works of Stephen King have inspired so many films, and now, TV series, that the man almost deserves his own channel. Some of these films are rightfully considered classics, some have been artistic disasters committed by talented filmmakers who should’ve known better, and some slide under the radar, all while deserving more than what they ultimately got. Silver Bullet may not hold a candle to Carrie, The Shining, or even Tobe Hooper’s Salem’s Lot, but it’s a damn sight better than the entire Children Of The Corn franchise, as corny as it may be itself.