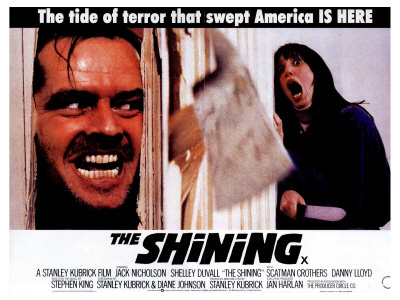 One of my favorite alternative Christmas movies is Stanley Kubrick’s masterpiece, The Shining, based on the novel by Stephen King, who infamously despises Kubrick’s adaptation. From a  purist point of view, I can see why, as the character of Jack Torrance doesn’t undergo the dramatic change in the film as he does in King’s story. Instead, Nicholson plays him as a prequel to a maniac – someone who already seems off kilter the first moment we see him; someone that the audience can just feel is going to lose his mind once the Torrance family is wintered into the Overlook Hotel over several months.

Having addressed that, The Shining is masterful as a horror experience.

It’s impeccably shot, with a staggering amount of detail, right down to the Penrose stairs design of the now-infamous carpeting that stretches across nearly the entirety of the Overlook Hotel. It’s this kind of detail that relegates The Shining as being one of those titles where you notice something new every time you watch it. My most recent viewing of the title had me, finally, noticing that the horror the evil of the Overlook unleashes upon the Torrances has been specifically curated to terrorize each family member’s specific fears. Jack is a struggling alcoholic, so the hotel appears to him in the form of ghostly bartender, slipping him liquor that doesn’t exist, but off which Jack becomes intoxicated, anyway. And meanwhile there’s Wendy, “a confirmed ghost story and horror movie addict” – if you’ve ever stopped to wonder why The Shining, which for most of its running time had been so good at scaring the audience with meticulous and abstract set-pieces, would suddenly rely on hokey skeleton props covered in hokier spider webs, it’s because that’s the kind of thing that scares her. And then there’s little Danny, whose special power allows him to see The Shining for what it really is, and what lurks around every corner. 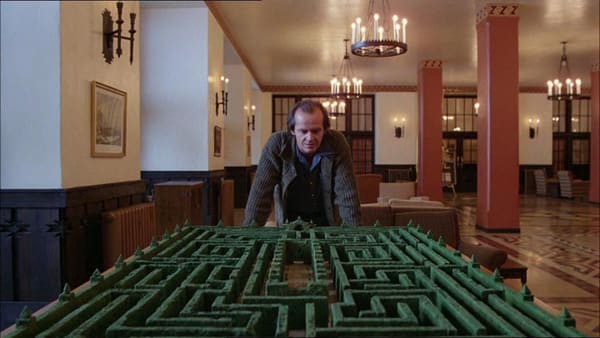 In many ways, The Shining plays like an anti-horror movie, constantly circumventing expectations at the expense of both King's novel and the audience's preconceived notions as to what usually happens in films like this. One of the biggest changes of the book comes from Dick Halloran’s long, weathered descent into frigid snowy conditions to get back to the Overlook once Danny telepathically calls him for help, and after everything he goes through to arrive back, he’s instantly killed by Jack in the hotel lobby. It’s easy to look at this and say, “well, that was pointless,” but it’s, in fact, a genius move – a way to say, “in a normal horror movie, he would be their hero,” but in The Shining, anything can happen and no one is safe.

If a filmmaker can make a movie that leaves behind one indelible image that will live on in the minds of future audiences, that’s a huge accomplishment. The Shining leaves behind dozens; pick your poison: the hand-holding Grady twin girls, the bloody elevator, the bathtub specter of room 237, the hedge maze, Nicholson’s crazed face pressed against a chopped hotel door, and this list honestly goes on and on. This is what makes The Shining a towering giant of the genre, and one that will absolutely live forever.