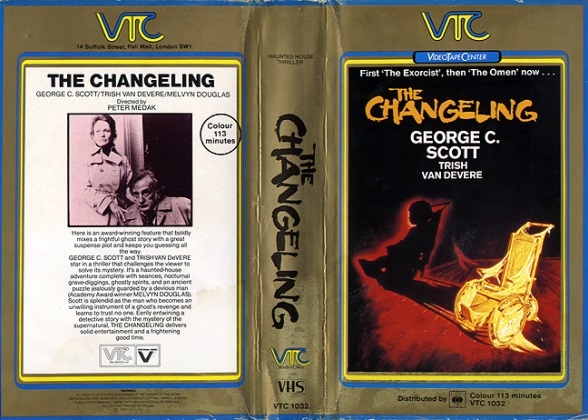 The ghost movie has become my favorite faction of the horror genre over the years. Don’t get me wrong, I still enjoy the more visceral thrills of seeing some masked ‘80s psycho remove a handful of teen heads, but if I want to feel unnerved and creeped out, I’ll go for the ghost flick every time. Either filmmakers are getting more refined, or the firewall of horror I spent my entire life reinforcing is being pared down as I get older, leaving me more vulnerable to those cinematic ghosts invading my psyche and giving me the super creepers.

In the pantheon of the haunted house film, 1980’s The Changeling easily joins the ranks of the original Robert Wise classic The Haunting as being one of the classiest ghost flicks of all time. Staffed exclusively with adult actors (gasp!) — legendary ones like George C. Scott at that — and made by an honest-to-gosh filmmaker, Peter Medak (The Ruling Class, Romeo is Bleeding), this modestly priced Canadian production doesn’t just hail from the old school approach of less is more, but exemplifies it. Much like The Haunting, which used off-screen noises, dramatic camera angles, and eerie ambiance to flavor its tone, The Changeling relies on restrained techniques and not a single large set piece or moment of gore or violence. It relies solely on the talent of its lead actors, Scott and his real-life wife Trish Van Devere, and Medak’s assured hand to wrench every possible scare from a scene.

As you might assume, in a film about a haunted mansion, the production design is astounding. The house, haunted or otherwise, and very run down in spots, is beautiful, including its artificial facade. Scott rides high on a career of having played very domineering and intimidating characters (Patton— enough said), so to see him traversing the wide, dark hallways of the Chessman Park house with fear in his eyes as he investigates a phantom pounding sound makes the audience even more afraid. If the guy who played George S. Patton is freaked, then we, the audience, really should be. Still, Scott’s John Russell is a quiet, docile, haunted, and gentle man — in stark contrast to some of the more acerbic characters he’s played in the past. In a few small moments, he lets his grief get the best of him, staringly forlornly at a painting or sobbing quietly in his new bed in his new home as he continues to come to grips with his newly severed family. He even only does the infamous George C. Scott yell once — once! 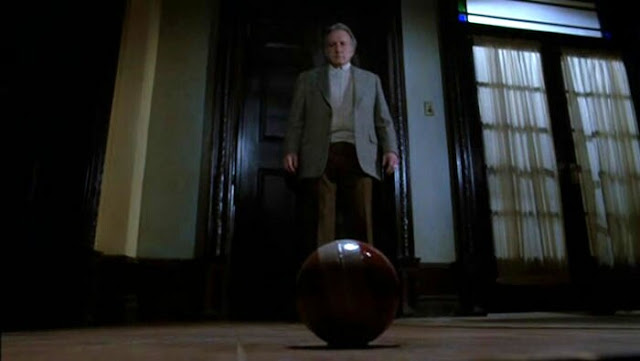 The film’s plot unfolds in the most realistic way possible — or, at least as realistic as one can be when your plot involves ghostly apparitions and noises, telepathic communication, and political conspiracies. The origin of this screenplay, however, is allegedly based on “real events.” From Wiki:

The film’s screenplay was inspired by mysterious events that allegedly took place at the Henry Treat Rogers mansion in Cheesman Park, Denver, Colorado, while playwright Russell Hunter was living there during the 1960s. After experiencing a series of unexplained phenomena, Hunter said he found a century-old journal in a hidden room detailing the life of a disabled boy who was kept in isolation by his parents. During a séance, he claimed, the spirit of a deceased boy directed him to another house, where he discovered human remains and a gold medallion bearing the dead boy’s name.

Believe as much or as little of that as you wish. It definitely won’t take away from your enjoyment of the film these so-called occurrences directly inspired.

If you’re a devotee of the haunted house sub-genre, it’s nearly impossible not to see how The Changeling inspired filmmakers like James Wan and even Hideo Nakata: the auto-writing scene with the paranormal investigator plays out very closely to Wan’s own Insidious; the strange music box, which enjoys the final shot of the film is straight out of The Conjuring; and then there’s the body-in-the-well revelation from Ringu, which unfolds the same way. Classics, even when they’re not heralded as much as they should be by mainstream audiences, never fully go away, so long as their inspiration carries over to the next generation of filmmakers. The Changeling proves this. 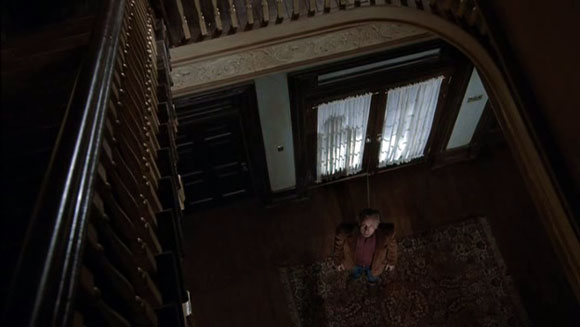