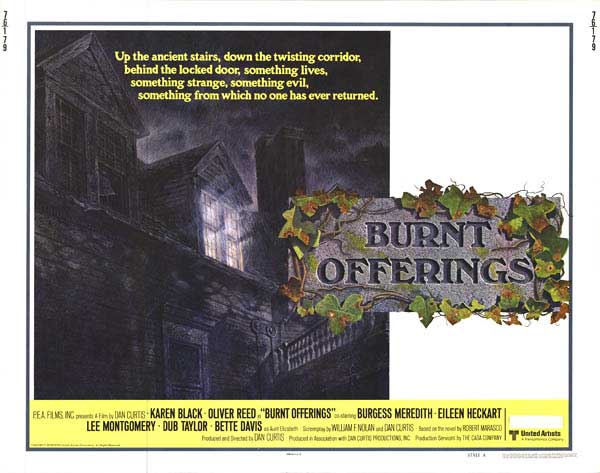 The haunted house setting has been around long enough, in every form of artistic medium, for it to become cliché. Even its writer, William F. Nolan, believes so, stating that "the idea of a haunted house eating people is bullshit," but went ahead with that concept anyway (the film is based on his novel of the same name) while trying to do something different.

Keep in mind that when you read the plot summary as a man and wife and their son agreeing to watch over someone's private home and serve as caretakers, and the ghosts/spirits/evils of the house beginning to infest the man and make him act in increasingly aggressive ways, all while shivering from an imaginary cold, it's hard not to immediately think of The Shining and The Amityville Horror. "Rip-off!" you might claim, but Nolan's novel was published back in '73, while the novels for The Shining and The Amityville Horror wouldn't be released for another four years. 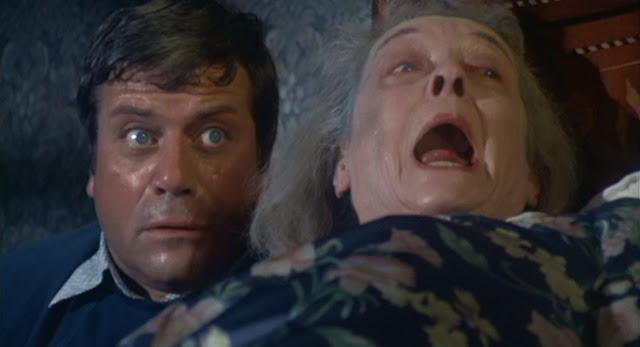 So, unfair allusions to unoriginality aside, is the concept of a haunted house eating people bullshit? Well, if you picture a house opening wide its front door mouth and cramming in victims with its trellis arms, then yeah, that'd be bullshit (although I'd see the hell out of that AND buy the Blu-ray). But what Burnt Offerings does present instead, and which has since become cliché, is that the house is spiritually feeding off of the poor unassuming Rolf family, turning them from a boring but loving American family to terrorized and slowly monstrous shadows of themselves.

Celebrated bad-ass and booze connoisseur Oliver Reed does an excellent job with what he's given to work with, which is pretty much Jack Torrance meets a cinemafied George Lutz, and before either of those characters ever existed. He manages to bring a lot of intensity to his role as the slowly overtaken patriarch of the Rolf family. Karen Black has always been kind of a quirky performer, acting with her non-traditional leading-woman face first and her performance second. But honestly, the real stand out here is Lee Montgomery as son David, who at a young age manages to give a pretty reliable and believable performance. We've seen terrorized child characters many times, and generally they are utterly indistinguishable from the other, not helping matters with either underwhelming or entirely irritating performances. But Montgomery honestly holds his own even in his scenes with Reed and Bette Davis, and that says a lot. 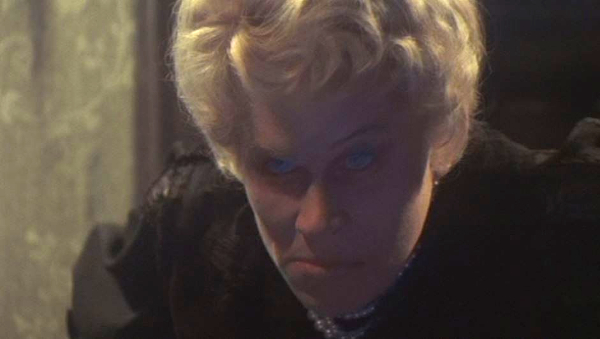 The most important thing to discuss, being that this is a horror film, is its fear factor. Is Burnt Offerings scary? Well, that definitely depends on your sensibilities. Not a single specter or presence of said specter ever appears on screen. Except for Ben's reoccurring waking nightmares of the admittedly creepy limousine chauffeur he had seen as a child while at his mother's funeral (something lifted from director Dan Curtis' childhood), there's never any kind of physical manifestation of the evil that resides in the Allardyce house. No ghostly children run down the hallway in the background while a character stares into the bathroom mirror. No dripping mouth ghouls appear behind someone as they bend down to pick up the newspaper. Everything eerie occurring in Burnt Offerings is established by mood, ominous music, and the slow and psychological breakdowns of our characters.

Oh, fun fact: if the exterior of the house looks familiar, that's because it's been used in other films - most notably as the Tall Man's mortuary in the original Phantasm.

Burnt Offerings isn't anywhere near the king of the haunted house movie, but it might be one of the most underrated. Its foreboding events unfold at a somewhat snailish pace, which may prove insurmountable for more modern audiences used to something screaming at the camera every five minutes, but those with an appreciation for the old school approach will find a lot to like. That and its incredibly ballsy, shocking, and bleak ending makes Burnt Offerings an effective if somewhat silly watch for a cold autumn night.