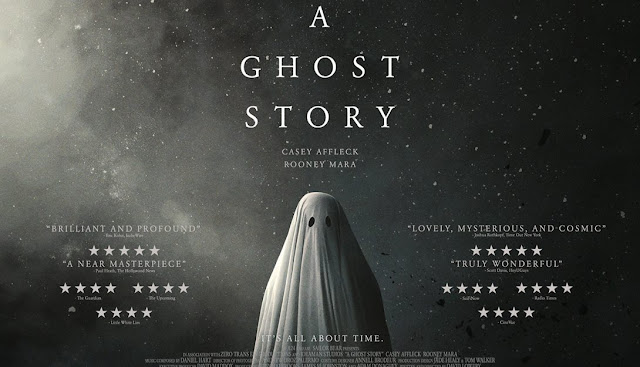 David Lowery is a filmmaker I love. He first burst onto the scene a few years ago with a low-key and quietly beautiful film called Ain’t Them Bodies Saints, about an outlaw couple just trying to live long enough to leave their town forever. It was gently and intimately made, and with a gorgeous score by Daniel Hart, featuring strings and soft clapping hands.

Oddly, of all directors, Lowery was chosen by Disney to take on the live-action remake of Pete’s Dragon, one of the earlier reboots of an animated property the studio has been spearheading. What could have resulted in a cash grab instead became a deeply personal and surprisingly emotional film not just about a kid and his dragon, but about loss and growing up. 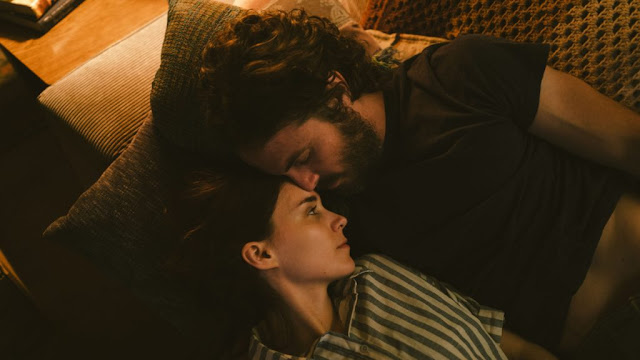 For a long time, A Ghost Story was cryptically known as an experimental, mystery film that Lowery had shot over the summer of 2016 with his Saints leads Casey Affleck and Mara Rooney. The secrecy behind the film was the type usually reserved for more high-profile projects, not because a major studio was worried about giving too much away and stunting the box office take, but because to attempt an explanation as to A Ghost Story’s concept and approach was just too risky. Better to see it for yourself and fully immerse yourself in Lowery’s daring creation than to catch wind of it from afar and decide, immediately, there’s no way you could take the concept seriously.

A Ghost Story is beautifully shot, though it’s obviously a raw, almost guerilla-like production. Much of the film was improvved — not just the action, but the choreography of the camera as well. It looks gorgeous in spite of all that. Dialogue is sparse, as A Ghost Story is a very quiet story, but again, the beautiful score by Daniel Hart helps to bring a cohesiveness to the action. 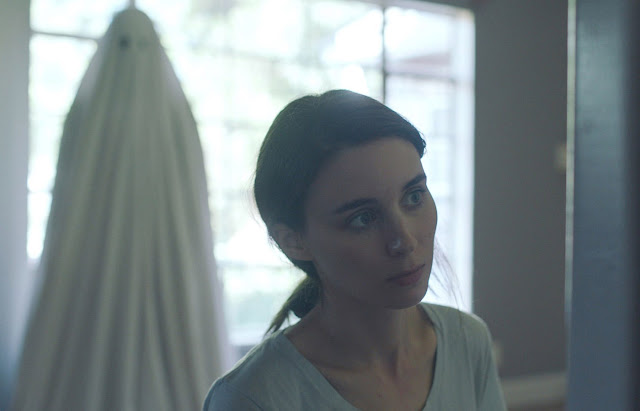 Some film goers balk at the idea of a critic deciding for everyone else what’s “good” or “bad” – that everyone is entitled to their own opinion. Terms like “a critic’s film” or “arthouse film” have become almost derogatory these days, with the inclination being that some films were made only to be lauded, win awards, or permeate with a sense of self-importance. I won’t deny that sometimes that happens, but there definitely does exist such a thing as a film that’s unusual, or challenging, or lacking mainstream appeal, and that’s only because that’s the kind of film it was destined to be, rather than a hoity-toity filmmaker having an ulterior motive. Audiences want to be entertained while critics want to be challenged. A Ghost Story is one of the rare few titles whose audience score on Rotten Tomatoes is more than 30% lower than the critics’ score. That should give you an indication of what kind of film A Ghost Story is.

To me, A Ghost Story defies a traditional review, so I didn't bother. It’s less a film and more of an experience — the beauty and strangeness and specificity I could never even begin to properly laud. Please see it once, even if you hate it. Because you just might.