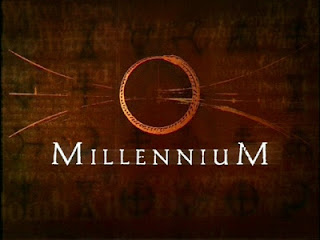 I am huge fan of "The X Files." Yes, I agree the show stayed on the air for far too long, not to mention The X Files: I Want to Believe should have been a lot better than it was. But I will always and forever remain a fan (and never give up hope on a third/final movie.) I bring this up because once "The X Files" had established itself as a television force to be reckoned with during its mid-‘90s, its creator, Chris Carter, was able to use his new it boy status to create another show for the Fox channel. This show was called "Millennium." It was very unfortunately short lived, lasting only three seasons, and already starting to lose its way midway through season two. But the first season of "Millennium" remains superior to any season of "The X Files," and that’s really saying something.

For those unaware (and most non-horror devotees seem to be so), "Millennium" was a one-hour drama starring Lance Henriksen as a serial killer profiler working for the mysterious Millennium Group. Billed more psychological thriller than supernatural, the first season was fairly straightforward. It was about a man named Frank Black who used his exceptional abilities of getting inside a killer’s mind (figuratively, not literally) to try and obtain the motives behind his/her crimes and the reasoning behind it. It was a surprisingly dark show for a network that at the time was known basically for screwball comedy, including "The Simpsons" and "Mad TV." While "Millennium" was a slam-dunk with critics, garnering Lance Henriksen three Emmy nominations for his performances in all three seasons, the audience simply wasn’t there. Because of this, behind-the-scenes pressure (assumed pressure, anyway) forced Chris Carter to allow the show to lean more toward the supernatural in hopes of attracting the massive audience who tuned in weekly for "The X Files."  It was this direction change that became the catalyst for "Millennium" sadly losing its way.

Season two of the show is great, but as it unfolds you can see it threatening to come off the rails. Lance Henriksen’s devotion to the role remains unfettered, and season two produced more than its fair share of great episodes.

Including this recommended viewing for Halloween night: Episode 2x6.

“The Curse of Frank Black.”

The episode aired on Halloween night back in the dark ages of 1997, and the episode itself takes place on said night.

Frank, now separated from his wife, Catherine, sits at home carving a jack-o-lantern and waiting for the right time to go pick up his daughter, Jordan, to take her trick-or-treating.  Suddenly his electronics begin to go haywire, and the number “268” routinely pops up seemingly everywhere. Frank recognizes that it’s odd, but leaves to go pick up his daughter…and sees the Devil outside his home.

And his nightmarish, unending Halloween night of terror begins. 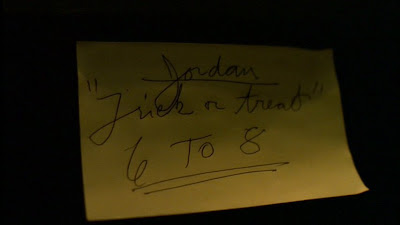 Frank spends the episode forced to reacquaint himself with ghosts from his past—ranging from his childhood to even as recently as the events of the previous season (not even a year in the "Millennium" timeline).

In a long flashback sequence, Frank recalls his chance meeting with Mr. Crocell (Dean Winters, best known for his comedic roles on "30 Rock" and as “Mayhem” in the Allstate commercials), a very scarred WWII veteran on whose door young Frank knocks while trick or treating with friends. You see, Mr. Crocell, though young, had obtained the reputation of being “the creepy old guy” who lived in a ramshackle house and almost never showed his face. He was thought to be insane, a killer, or live in a haunted house. And it was because of a Halloween dare that young Frank knocked on his door. Later on in this flashback sequence, Frank, now a teen, watches as Mr. Crocell is removed from his home in a body bag after having taken his own life.

Back in the present, Frank finds himself back in his old neighborhood, where he had once lived happily with his wife and daughter. He enters his old house, now uninhabited, and eavesdrops on a bunch of thrill-seeking teens as one of them talks about “the Curse of Frank Black,” and about the death of Frank’s good friend, Bletcher, who died in that same house at the hands of a reoccurring villain through the show's run.

Frank is nearly dismayed to hear that, in the same way Mr. Crocell had been the one painted as the crazy, old man during his youth, it would now seem, according to these kids, that he was the one who had taken up that mantle. Frank was now the crazy, old man. And he’s not happy about that—he’s not willing to accept his new status as the lonely, mysterious, and perhaps dangerous member of the neighborhood. In the same way he doesn’t want his family tarnished by the dangerous work he involves himself in, he doesn’t want his reputation tarnished by neighborhood gossip. And not in an egotist way, but in a way where he feels they are one in the same. Whether all in his mind, or in a walking nightmare come to life during the power of Halloween night, Mr. Crocell tells Frank that the life Crocell lived is the life Frank is risking living himself if he does not give up his work and focus on his family. 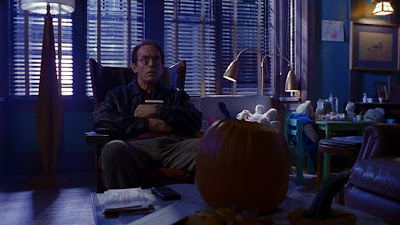 "The Curse of Frank Black" is probably the creepiest "Millennium" episode there is. The setting of Halloween night (including its dark, windy, and foggy weather) helps to make it extra creepy.  It’s the type of night we Halloween enthusiasts wish for every year. When I was a kid and begged for candy, then yeah, I preferred Halloween to be nice, sunny, and warm enough so I didn’t freeze to death. But now, as an adult (kind of), I want my Halloween nights to be windy, leaf-strewn, and creepy. And this episode certainly satisfies that requirement.

Director Ralph Hemecker, mostly a veteran of television shows like "The X Files," "Numbers," and "Blue Bloods," manages to infuse a lot of creepy imagery and ideas into this episode. And he manages to use the image of the Devil, probably one of the most over-used images in horror history, to extreme effect, giving you faraway, split-second, “did I just see that?” shots of the fork-tailed beast from below.

For non-fans of the series, the episode is still a very effective watch. No, you won’t understand all the references and the ins and outs, but for its mood, tone, and imagery alone, it’s a more than worthy Halloween night watch.

Plus, it’s only about 40 minutes without commercials. What have you got to lose? 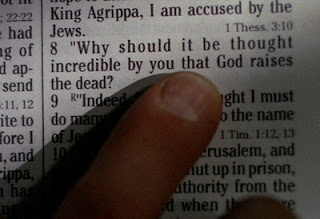