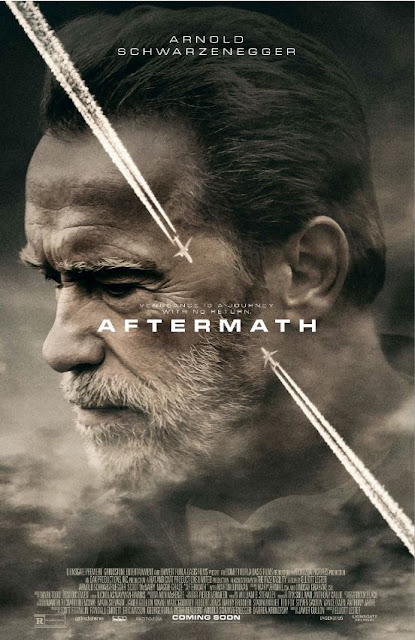 A long time ago, Arnold Schwarzenegger  set out on a task to accomplish three very specific edicts: to win the title of Mr. Olympia and obtain the prestige of being the world’s greatest bodybuilder, to become Hollywood’s most famous and highest paid superstar, and to become President of the United States (although he would have to settle for Governor, the highest political office his status as an immigrant would legally allow him to obtain.). To have obtained at least one of those goals is a remarkable achievement. Regardless of what you or anyone may think of him, he accomplished all three, which makes him superhuman. Following his exit from political office, he made it quite clear that he intended on rejoining the Hollywood industry, but this time, without any goals in mind or precedents to set. I, however, long ago predicted my own goal that the Austrian Oak may have in store for himself, even if he’d never admit it: the Oscar. Unlikely? Sure. Even those who fully enjoyed Schwarzenegger’s action output over the years would feel hesitant to laude the superstar’s acting skills, which can often become entrenched with his screen presence — an altogether different thing. But following his restrained and intimate turn in the zombie-drama Maggie, during which he showed audiences a side of himself never before seen, he proved his sincerity about exploring different kinds of roles. In keeping with that, Schwarzenegger turns on the tears again for Aftermath, produced by director Darren Aronofsky (which is appropriate, being that he has built a career on films about characters who chase their obsessions to the point of self-destruction).

Immediately addressing the Austrian in the room, Schwarzenegger, again, proves he has the chops to enter into the dramatic genre that, for a long time, was something he admired from afar rather than attempted for himself. The actor’s biggest obstacle is finding ways to overcome that he’s Arnold Schwarzenegger, who has been mired so long in parody, and who has been such a gigantic part of pop culture since the 1980s, that it’s extremely difficult to sometimes see past the actor to the part that he’s playing. And that’s what makes his work in both Maggie and now Aftermath so laudable. In his most quiet moments, where he allows his expressive eyes and grizzled face to carry much of the emotional weight, Schwarzenegger can be extraordinary. He approaches these new haunted characters in the same way he’s approached so much of his life’s watermark achievements: in a no-bullshit, 100% genuine manner. When his Roman Melynk is holding the still and frozen body of his deceased daughter, and when his eyes glisten with tears and his mouth stretches unbearably open as he begins to sob, you feel it like a punch to the gut. In moments like these, Arnold’s twenty-plus year career as an immortal bad-ass, finally, works for him. Because he can play broken and weak just as well as anyone else.

But that’s what makes Aftermath so frustrating. It begins with the screenplay, which in too many ways comes off cheap and manipulative, delivering lazy exposition by having one character talk to another and tell him things he already knows — all for the audience’s benefit, of course. The film opens with Arnold proudly walking around his worksite, his family’s ongoing return flight from traveling abroad fresh in his mind. A co-worker reminds him, aloud, that his family is coming home, and hey, that’s a good thing! Roman goes home to his modest house and fixes the “welcome home” banner that’s gone askew on his wall. He dresses in his finest (garish) clothes to retrieve them from the airport. Keep in mind: the death of his family in a plane crash isn’t a twist or a sudden shock. The trailer, the poster, the synopsis for the film tells us this. We know they are doomed. So all the set pieces leading up to Roman finding out what we already know feels, again, like cheap manipulation. It’s that scene in every sitcom where character # 1 has really disappointing news to confess to character # 2, but character # 2 keeps going on and on and on about how happy he is, etc., which the news that character # 1 has to share is going to destroy. Only we’re not in sitcom territory; we’re in weepy, bleak, tear-strewn drama territory, and it simply can’t survive it.

Like Arnold, Scoot McNairy as Jake offers similarly devastating work as the air traffic controller indirectly responsible for the crash of the plane which killed 227 people, including Roman’s family. In more than one scene, the camera goes in close as he sobs in the face of what he’s done. Small moments like these are scattered throughout Aftermath, which give it the occasional boost of emotional weight. Likewise, Arnold being forebodingly led into the back offices of the airline where we know he’s about to receive the news (and where some other family members already have, and their anguish comes through the wall), or his sneaking onto the crash site under the guise of being a volunteer so he could locate his deceased family — which he eventually does — are extremely effecting. But all of that is mired in an awkward screenplay where characters engage in consistently unnatural-feeling conversations, or where certain characters are painted to be so unlikable, thereby manufacturing cheap sympathy for those affected, that it comes dangerously close to parody. Kevin Zeggers’ small role as a cold and unfeeling lawyer representing the airline comes off so cartoonishly unlikable that it feels more appropriate as the villain of a frat-boy college comedy. (Not to mention, and absolutely nothing against the young actor, but the presence of Judah Nelson as Jake’s son deflates the drama of every scene he’s in, being that he most famously played the son of Ron Burgundy in Anchorman 2. Onc can’t help but remember, even when he’s cowering in fear with tears streaming down his face, that he once stood on the shore next to Will Ferrell, looked out at the ocean at a shark, and said, “Bye, Doby. I hope you eat lots of fish and people.”)

There’s a nugget of a good film somewhere within Aftermath, and director Elliott Lester and director of photography Pieter Vermeer work in tandem to offer a gloomy and bleak environment, but the screenplay by Javier Gullón (Enemy) — like Ron Burgundy Jr. — continuously robs the final product from any sense of drama.

It’s my sincere hope that Schwarzenegger sees past the indifferent reaction that Aftermath has been receiving and continues to pursue dramatic work. His age, his failure to reignite the box office as he once did, and his own personal misdeeds in life are no doubt a constant presence in his mind and all of that has been serving his dramatic work very well. Let’s hope he’ll be back for more. (Sorry, I had to.) So long as Arnold keeps up his dramatic work, I don’t think it’s impossible for him to one day achieve that Oscar. And that might be a statement to snicker at, but one thing’s for sure: Schwarzenegger has consistently proven people wrong. Maggie was a step in the right direction, and muddled finished product aside, Aftermath was too. In both films, he’s played a man grieving for his family in different ways, and in both films he’s managed to prove that he’s more than just a cyborg in a leather jacket.