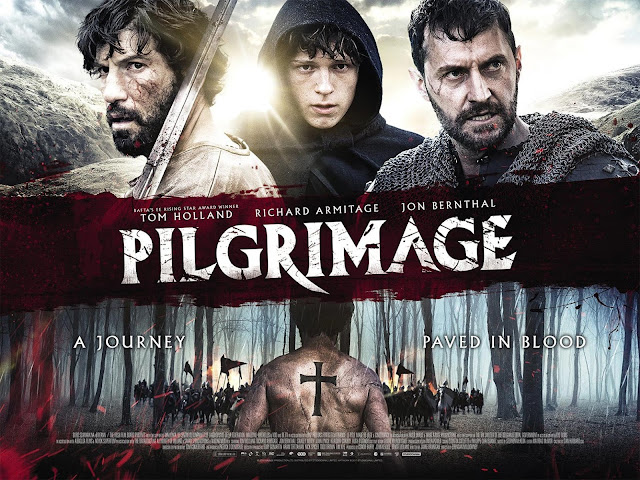 Your really clever movie fan will look at the synopsis for Pilgrimage and think, “Spider-Man and the Punisher in the same movie!” and assume they’re in for a light, high-action, bad-ass experience.

Instead, Pilgrimage is basically a religious-thriller, hyperviolent version of the Indiana Jones series, filled with graphic combat scenes and hard-hitting human conflict. And it’s quite good — far better than you might expect considering chances are low you’ve even heard of it until now.

What’s interesting about Pilgrimage is that it’s very similar in tone to Christopher Smith’s horror/thriller Black Death, which starred a pre-Game of Thrones Sean Bean and Carice van Houten, but isn’t a horror film at all. That’s not to say that horrific things and images aren’t a large part of Pilgrimage, because they are. But if you’re familiar with The Black Death, that’s the kind of unflinching, bleak, and discomforting experience you can expect. 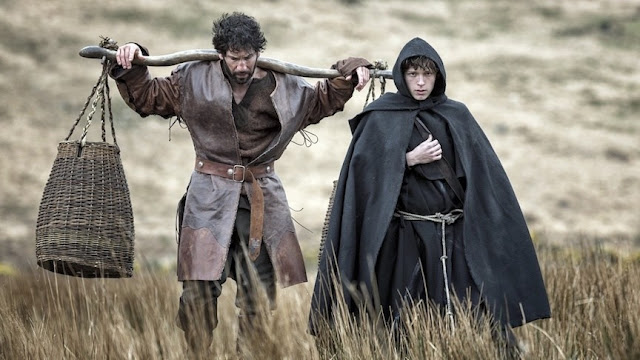 Though he received more attention and praise for his role in James Gray’s The Lost City of Z, as Diarmuid, Tom Holland is excellent here, looking incredibly comfortable speaking Gaelic and keeping his performance restrained and fearful for a large part of the running time. Joining him is Jon Bernthal, whose unnamed laborer remains mute for the entirety, but manages to convey a spectacularly powerful performance despite that. The bond that forms between him and Diarmuid is a large part of what makes Pilgrimage successful, although it’s not entirely a success.

Pilgrimage’s biggest shortcoming is its pace, which is understandably deliberate at first until the action component starts to pick up as the men find themselves being systematically attacked and their relic targeted. Once this happens, one would expect the pace to quicken, or at least remain quickened, until the finale, but this was not the case, and is what lessens the impact of the finale when it finally does arrive.

Honestly, that’s Pilgrimage’s only issue; otherwise, its story is unique, the performances powerful, and the religious/mystical undertones are thankfully kept ambiguous, never coming down on one side regarding the relic’s supposed powers. It’s brutal at times, both graphically and philosophically, and it just may leave you emotionally drained by its end, but it’s a journey well worth taking. For audiences who enjoy going back in time to faraway lands, Pilgrimage is one of the stronger titles out there to consider — so long as you have a strong stomach.