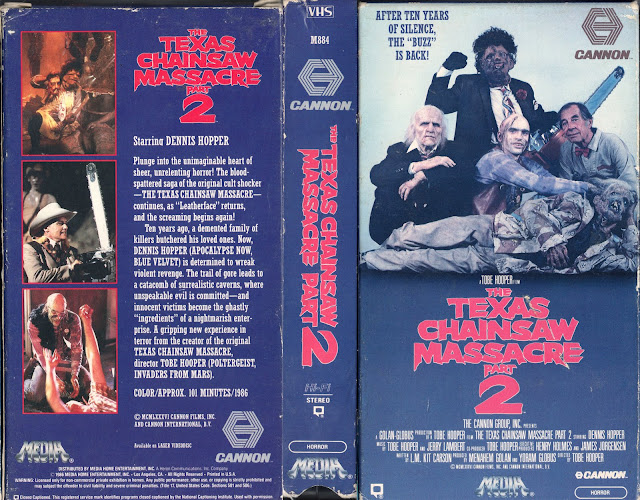 "What is your favorite use of a pop song in a horror movie?"

Tobe Hooper’s sequel, The Texas Chainsaw Massacre 2, is one of the most beloved titles in horror history. A daring sequel that completely circumvents expectations, it does not attempt to match the tone or mood of the legendary 1974, overtly horror original. I also hate it. I mean, I just absolutely, positively, have-to-get-my-hatred-there-overnight for The Texas Chainsaw Massacre 2; it’s the equivalent of the original’s disturbing dinner sequence stretched out to an agonizing 90 minutes. It’s important I note this hatred so I can then transition into how much I legitimately love the opening sequence, which sees a couple of rowdy frat boy types finding the wrong end of Leatherface’s blade while Oingo Boingo’s “No One Lives Forever” blares from the kids’ car stereo.

Before Danny Elfman composed for film, Oingo Boingo was his new wave, somewhat gothy baby, and like his numerous genre film scores, the band leaned on the darkness of life, and the theme of death was found in many of their songs. Its use in this sequence isn’t just ironic, nor just a way of alerting the audience that they’re in for a very different experience when compared to the original, but it’s also just a toe-tapping good time. And, if your time is up, and you’ve gotta go, go with Oingo Boingo