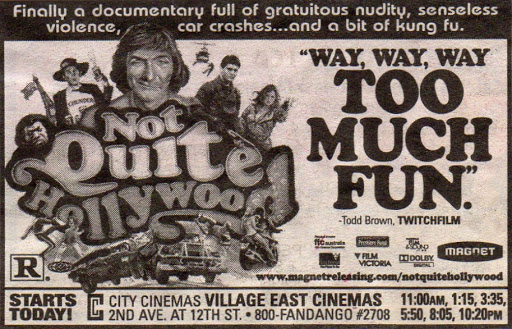 It can be difficult to create an all-encompassing documentary that looks at the history of cinema unless it’s on one very specific topic. How can you possibly cover everything that’s worthy of being covered? How can you convey what you want to convey when knowing you can’t possibly include everything that should be included?

Mark Hartley’s 90-minute documentary on Australian cinema, Not Quite Hollywood, finds a way. Split into three main sections — exploitation, horror, and action — Harley explores Australia’s movie making beginnings and the country’s efforts to at least get their movies into American theaters. Not Quite Hollywood excels not just as a respectable examination of Australian films and filmmakers, but also serves as a witness to the creation of the Australian aesthetic — a look and feel that would soon become known as “Ozploitation,” and which would aid filmmakers in transitioning from making films inspired by other people to establishing their own identity. 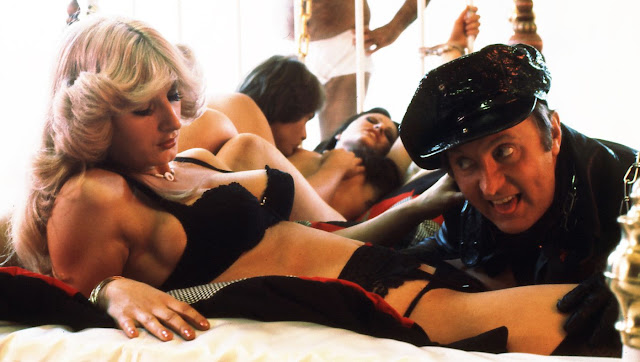 In the beginning, when filmmakers were focused on trashy sex pics, nearly soft-core porn, the influences of Roger Corman are almost tangible. Same goes for the horror phase, with obvious odes to Hitchcock, Spielberg, and H.G. Lewis. But once the doc transitions again to the action and adventure phase, much of which is vehicular in relation, you see filmmakers begin to step up and create their own works that would, in turn, inspire American filmmakers. George Miller, perhaps one of the few Australian directors to command the Hollywood box office (along with James Wan), most recently with Mad Max: Fury Road, is a notable exception of a director who, like John Carpenter or George Romero, started small with low budget productions and eventually changed the landscape of movie making.

Not Quite Hollywood is also often very funny, getting a lot of mileage from frequently cutting back to Australian film critic and full-time curmudgeon Bob Ellis for him to dryly voice his disapproval over certain titles, certain directors, or certain entire cinematic movements. Hartley also occasionally lets his camera linger on certain certain subjects whom other interviewees have suggested as having, er…interesting or combative personalities, in an effort to offer an inkling that maybe there was something to those claims. Inversely, stories about the utter insanity that Dennis Hopper engaged in during the shooting of Mad Dog Morgan, when compared to the interview portions with Hopper (who good-spiritedly appears) that present him as very calm, reflective, and absolutely honest about his past behavior, are equally amusing. 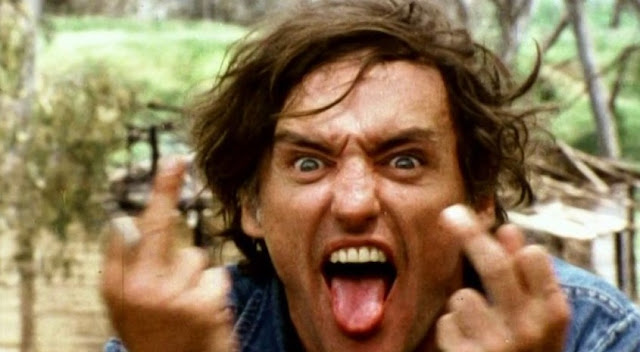 It’s no surprise that Quentin Tarantino turns up as a talking head, and probably gets more screen time than some of the actual Australian filmmakers whose films are being discussed, but the overly excited director helps to represent that next generation of international directors who were clearly inspired by Australian cinema. James Wan and Leigh Whannell also appear, with Whannell freely admitting that the scene in Mad Max where Mel Gibson offers a bad guy shackled to a flaming car a handsaw directly inspired one of the main concepts of their then-hit horror film Saw. (Not Quite Hollywood was produced in 2008.)

Even if you don’t have a particular interest in Australian cinema, you’d be wise to embrace Not Quite Hollywood anyway. Though the accents may be different and the environments more desert-ridden than cityscaped, the spirit of low budget filmmaking — and all the trials and tribulations that come with it — are universal.