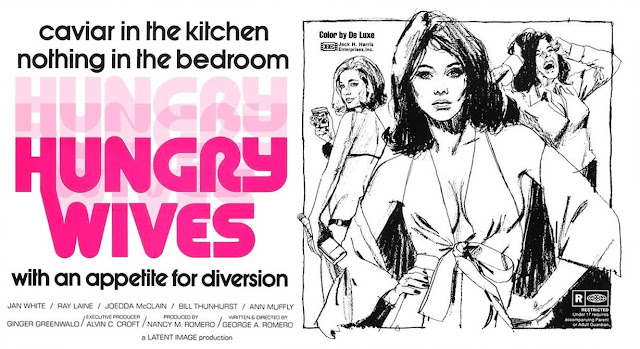 In terms of social consciousness, Romero always thought big. In his horror films, he was skewering culture, government, militaries, communication, and societal responsibilities. He was always thinking and depicting things on a grand scale. With Season of the Witch (also released as Hungry Wives), a much more intimate film than even Night of theLiving Dead, he’s turning an eye to the life of domesticity among the woman half of a relationship, and is doing so through the eyes of exactly one bored housewife: Joan.

Romero regretted his inadvertent portrayal of women in Night of the Living Dead as weak-willed shrews either babbling incoherently on a couch, being bossed around by her domineering husband, or running brainlessly out into the thick of danger only to explode. Season of the Witch, an entirely female-centric satire on housewife culture, is obviously a direct response to that, but it also threatens to go a bit too far in that direction. Joan’s husband is a dismissive, angry, and demeaning man far more interested in his job then in being a loving partner to her or a patient father to their daughter. When Joan later meets another potential suitor, Gregg, a sort of free-spirited pot-smoking rebel, he does challenge her philosophically and provide to her the quasi sexual awakening she didn’t know she’d been seeking, but he still treats her dismissively and with a detectable air of pity. The men are broad representations of stifling male archetypes, which, sure, enables Joan’s transformation from victim to victor, but it’s handled in just a bit too heavy handed of a notion. 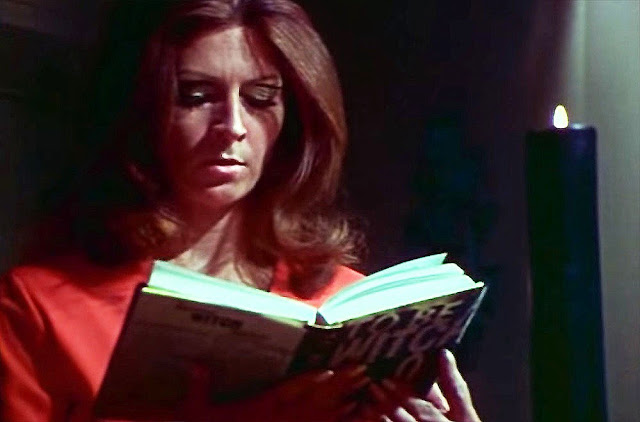 Season of the Witch is more engaging as a character study than as a horror film (it’s probably the least horrific of all Romero’s films while still being cataloged as a horror film), but it also plods along at its own pace, occasionally lapsing into sequences where the film can feel like it’s stopped altogether.

Season of the Witch has been described as a companion piece to Romero’s] vampire-esque drama horror film Martin, a film in which a young and confused man so identifies as a vampire that he begins attacking people and drinking their blood with the help of a razor blade. Both films are about lonely souls looking to reinvent themselves as something more powerful in order to escape the mundaneness of their unfulfilling lives, and while Martin has gone on to maintain a fairly loyal cult following, Season of the Witch has fallen into obscurity, likely thanks to its less horrific atmosphere and somewhat discomforting environment.

Email ThisBlogThis!Share to TwitterShare to FacebookShare to Pinterest
Labels: george romero, season of the witch, witches