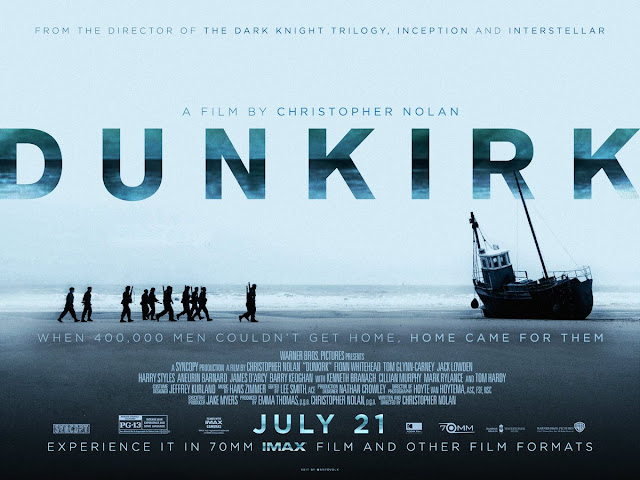 Steven Spielberg, over the last 30 years, has adopted a practice that’s become known as “one for them, one for me,” which is how he chooses his projects. He makes one film “for them” — the audience who wants the big and fun tentpole — “and me” — the more personal and intimate story that he feels compelled to tell. Think Munich (“for me”) and Indiana Jones and the Kingdom Crystal Skull (“for them” — and thanks for nothing, by the way). Christopher Nolan, through his extremely successful (and profitable) tenure with Warner Bros., has been embarking on the same journey — and billions of Batman revenue has made the studio pretty amenable to keeping Nolan codified. But even then, his more personal films have still been bigger than life. His “one for me” films consist of The Prestige, Inception, and Interstellar, all of which have still managed to find a wide audience while satisfying his itch to tell those less broad kinds of stories. Like Spielberg, these kinds of non-mainstream tentpoles also found success at the box office.

So it’s kind of appropriate that Nolan’s latest finds him in World War II territory, which Spielberg previously explored with Saving Private Ryan (perhaps his best “one for me” film).

Dunkirk shows Nolan at his most experimental since Memento — not because of the story he’s telling, but in the way he chooses to tell it. This wartime experience is told by three separate groups of people, who for the most part never share screen time with each other (including fighter pilot Farrier, played by Tom Hardy, who conceals his face for most of his screen time with his jet’s face gear). It’s not quite real time, but it feels damn close, and there’s an intent on both Nolan’s part, as well as composer Hans Zimmer, to never let the tension cut. Whether it’s two soldiers trying to “buy” their way onto a rescue ship by carrying a wounded soldier on a stretcher, or a father and son civilian team steering their boat to the Dunkirk coast to transport soldiers home, or a trio of fighter pilots trying to quell the enemy in the air, Nolan never lets the looming threat settle, and Zimmer’s music slowly, slowly, slowly builds, rarely taking a break.

There was some minor guff online about Nolan’s audacity in making a PG-13 war film, because war in real life is brutal, and hence… But once you see that Nolan isn’t interested in shooting something as grisly as Saving Private Ryan’s Normandy Beach invasion, all of that falls by the wayside. There’s very little blood in Dunkirk and almost no violence, but it never feels “missing” so much as it becomes known early on that it’s simply not necessary. 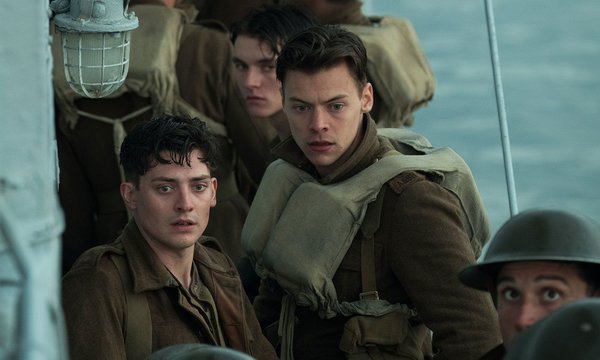 Where Dunkirk falters is in its characterization, with its various characters being defined as: scared, patriotic, and brave. In the case of the former, this unfairly taints the audience’s view of the few soldiers on screen who have every right to have been psychologically ravaged by war, but who don’t have the audience’s sympathies, anyway. The film opens with young soldier Tommy (Fionn Whitehead) first running from enemy fire as his fellow soldiers are shot down, and then trying to take a shit on a beach, and then attempting to sneak on board a rescue ship, later defying orders from a superior officer to scram and hiding below the docks. This is our first impression of Tommy, who says more than once throughout that he “just wants to go home,” and he’s not someone the audience can become fully invested in. Between the treatment of this character, and things like Tom Hardy’s one-note performance, during which he makes the Tom Hardy face the whole time (and who I swear tries to sound a little like Bane in some scenes just to fuck with people), Dunkirk is better left to revel in its IMAX-shot war scenes than with the characters participating in them.

Dunkirk is a solid wartime film, and Nolan’s overall best since Inception, but its somewhat cold depiction of its characters muddy the waters of what the audience has come to expect by now of their on-screen war heroes. In this regard, it’s no Saving Private Ryan.