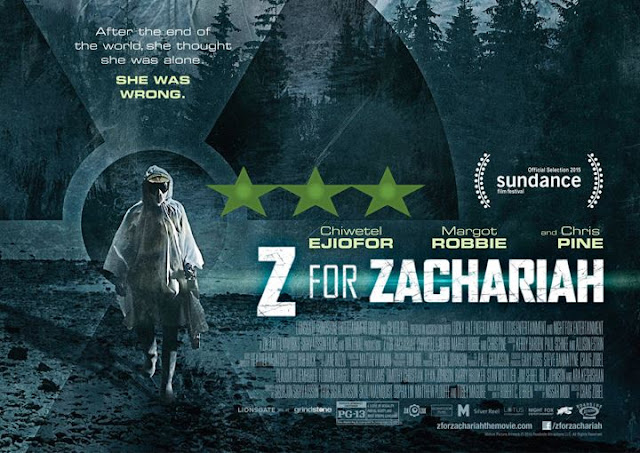 We should all be so lucky, in the face of nuclear fallout, to stumble upon at least one person as beautiful as any of Z for Zachariah's cast, let alone all three. But it's somewhat comforting to know that even after having survived what appeared to be a significant worldwide crisis which left most of its population dead, these beautiful people are undone by something like...feelings. Gross!

Z for Zachariah serves as just one more cinematic reminder that we as a people are no good for each other. But it also tries to remind its audience of that in kind of a rote and unconvincing way. The first act of the film, which sees Ann (Margot Robbie) surveying the countryside and tending her home, and then meeting Tom Loomis (Chiwetel Ejiofor), unravels realistically and effectively. And to see them slowly establish a friendship, and then a bond, and then...something unsaid, is honestly compelling. But when the character of Caleb (Chris Pine) interjects himself into the plot, you can almost hear the air being let out of Zachariah's tires. What begins and masquerades as a character study about love and dependence in the face of nuclear annihilation soon devolves into a tired and predictable love triangle that you're forced to witness unfold with a tedious inevitability. 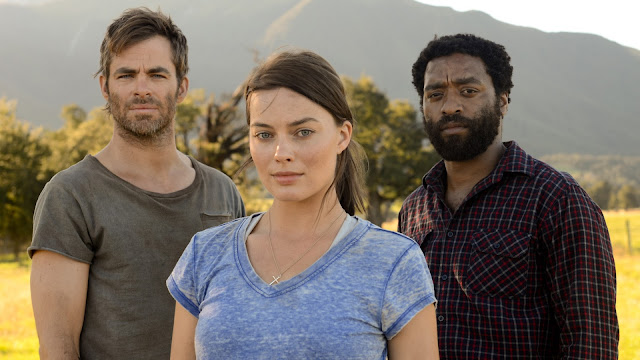 You might also think because one-third of this love triangle consists of a black man, brought to life by the tremendous Chiwetel Ejiofor, that there would be parables of race figuring into the conflict between them, but except for one line of dialogue that near-borders on unintentional humor ("Ya'll go be white people together!"), this concept is either accidentally or purposely left under-explored, and the film somewhat pales because of it. That Pine also drops allusions to himself and Ann being devout, while Tom is not, might also suggest the film is willing to explore societal differences that contribute to its isolation, but again, this is something left teased but never fleshed out.

Have there been many other, if any, apocalyptic love triangles? Perhaps, perhaps not. Though it cavorts as being "about" something, Z for Zachariah falls victim to the same overwrought dramatics that we've seen in other films, though lesser, which don't purport to be more than they are. It’s well-made but forgettable – is the definition of a middle-of-the-road cinematic experience. Its competent cast do what they can with the somewhat undeveloped material, and it's beautifully directed and photographed, but the film's unease in tapping into what keeps society as isolated as it does entrenched falls by the wayside in favor of some been-there/done-that conflicts dealing with love and betrayal, and it suffers all the more for it.