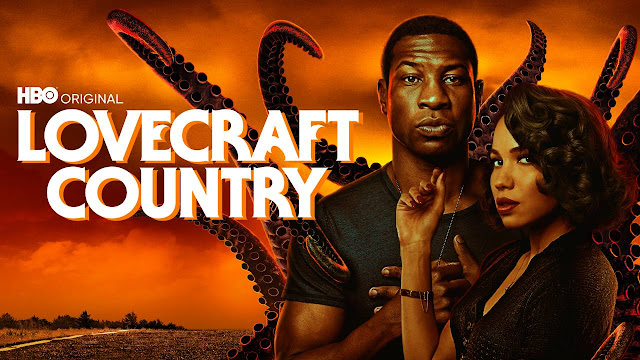 When Lovecraft Country was first announced by HBO, and the concept was loosely described as the stories and style of H.P. Lovecraft reimagined in the Jim Crow era to highlight the African-American experience, I was fully onboard. That Jordan Peele, director of Get Out and Us, was going to be an executive producer and spiritual consultant for the project was icing. Southern gothic storytelling has always been my jam, especially when it pertains to the horror genre, even if it’s so sadly underutilized. And with Lovecraft enjoying a mini resurgence thanks to Richard Stanley’s recent Color Out Of Space, his coming adaption The Dunwich Horror, and pop culture’s simmering infatuation with everything Cthulhu, it was the right time for someone big like HBO to get behind something prestigious like Lovecraft Country. Having read the source novel by Matt Ruff and now watched the series developed by Misha Green and produced by Peele and J.J. Abrams, I found myself both in awe of how beautifully made it was and baffled by the presentation of its story, both in structure and in tone.

Like the novel, the ten-episode series blurs the lines between a standard narrative and a very loose anthology. Each primary character, like Atticus (Jonathan Majors), Letitia (Jurnee Smollett), and Montrose (Michael K. Williams) each have their own mini arcs throughout the series, with some of them feeling, at least at the time, very standalone (like Letitia’s recently acquired 13-room Victorian house that just so happens to be haunted), yet all these arcs, somehow, directly or indirectly, tie into the main thrust of the story being told. This particular device required that the source story choose one of two options: give each character a similar story to maintain consistency but risk redundancy, or give them diverse stories to maintain dynamism but risk a schizophrenic outcome. Lovecraft Country chose the latter. 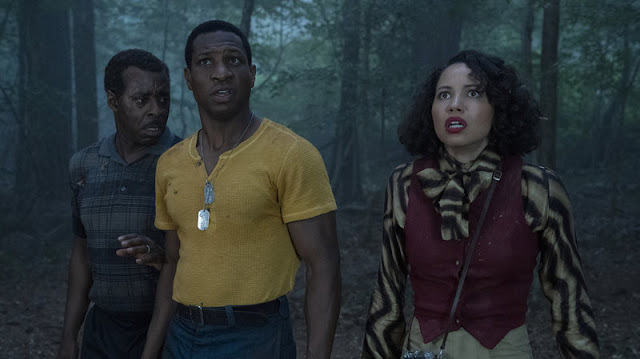 The season opener, “Sundown,” along with its immediate follow-up, firmly embraces Lovecraft’s roots, eagerly introducing the kinds of indescribable monsters that often dwelt in the darkest corners or other worlds from his stories. Episode three, “Holy Ghost,” the aforementioned haunted house arc, feels a little more traditional and really ups the gore factor, giving everything a sheen of (intended) pulp fiction storytelling. Episode four, “A History of Violence,” is a full-on ode to the Indiana Jones series, dropping the more horrific aspects in favor of an action-adventure aesthetic that easily could’ve played as a short serial in movie theaters on Saturday mornings during the 1950s. Lovecraft Country continues this trajectory of reinvention throughout its run, sometimes confidently selling its everchanging tone and sometimes falling victim to it. (I could also whine incessantly about all the changes made from the novel that I would consider to be unnecessary and trivial right down to haphazard – along with all the added graphic sex scenes because HBO gonna HBO – but no one ever likes talking to that person so I’ll abstain.)

What’s firmly preserved from the source novel is the African-American experience, which is appropriately, expectedly, and significantly the backbone of Lovecraft Country. What’s witnessed here is ugly, sometimes mind-bogglingly so, and, sadly, doesn’t conjure reflections of “remember when?” but more like realizations of “this is now.” This will no doubt turn off certain viewers (as it did critics) who felt that the infusion of real-life tragedies into this otherwise fictitious series feels exploitative and sensational, so if you’re one of those folks who think that our current society is racially hunky dory, then this series is…probably not for you. 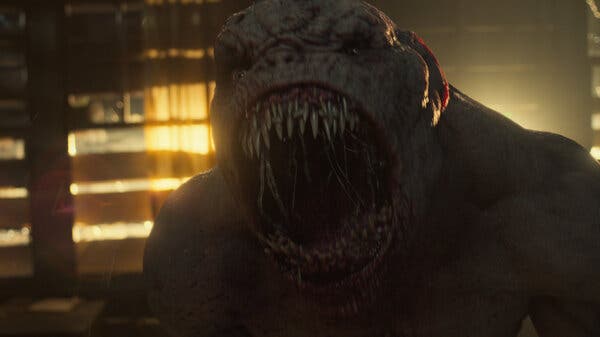 Each episode is beautifully directed, utilizing a soundtrack that includes an array of Black artists from the 1950s up to the modern era – and in an unusual but fitting move, in place of standard musical selections, the soundtrack also utilizes spoken word performances by prominent Black orators. The “Whitey’s on the Moon” sequence alone is one of the most powerful in the entire series – from the words being spoken to the images it plays over.

The ensemble’s performances are pretty terrific, with few weak spots. Smollett is especially terrific as she reinvents Letitia as more of a fire brand, but it works well in the adaptation’s version of her. Majors, too, presents Atticus as a bit more alpha male; his intensity and his almost-unrealistic physique turns him into an intimidating hero who is hampered with complex emotional baggage – all of which stem from the people he loves, the people who love him, and the people who are supposed to. 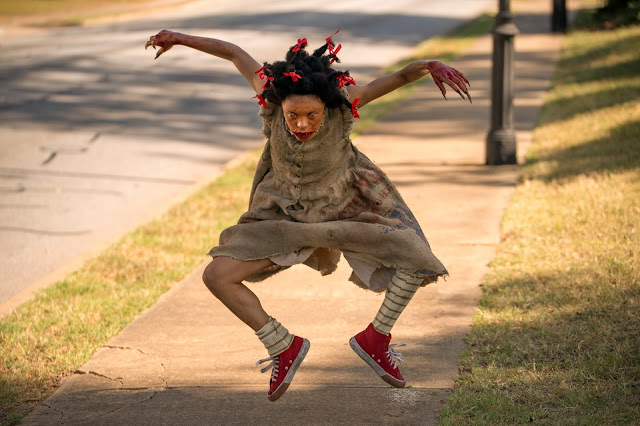 Lovecraft Country didn’t fully land with me following my first viewing, but I’ve been thinking about it since then, so obviously an impression was left behind, and I may just give this another spin at some point down the road. Naturally there will be literary folks out there even snobbier than I who turn their noses up at the way this series both acknowledges H.P. Lovecraft as a real and flawed person (along with one of his controversially-titled poems, “On the Creation of N-ggers”), as well as visualizes some of the monstrous archetypes he created, but the overall point of the series is what’s important, and that particular conversation is far more important than its source of inspiration. The below selection, lifted straight from the book and paraphrased in the opening episode, is not just the crux of the story, but a response to our current climate of cancel culture and our ongoing challenge of seeking ways to reconcile the fact that our heroes are sometimes not just unheroic but villainous inside their own minds:

“...stories are like people, Atticus. Loving them doesn’t make them perfect. You try to cherish their virtues and overlook their flaws. … I don’t get mad. Not at stories. They do disappoint me sometimes. Sometimes, they stab me in the heart.”