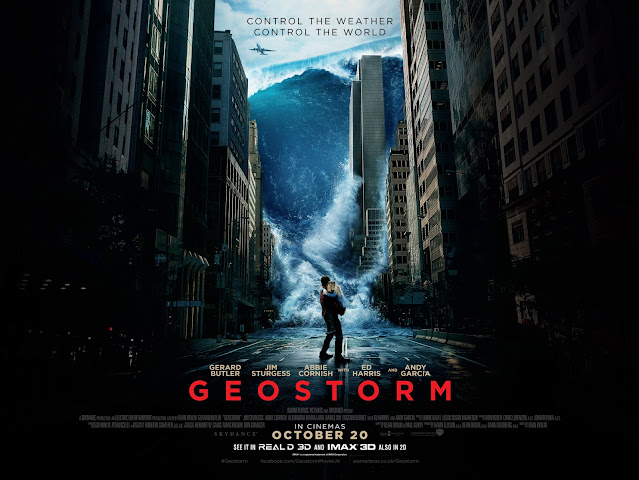 Please, someone call Dean Devlin on his gigantic Zack Morris cell phone and tell him the ‘90s are over — have been for over 20 years. That he and his former partner, Roland Emmerich, keep insisting on destroying the planet over and over and over is a concept that worked exactly once — with 1996’s Independence Day, which, frankly, was saved by the actors in the cast, not by the concept of aliens with far advanced technology being bested by the kind of computer virus your mother accidentally downloads when she clicks on the funny looking email from your Aunt Doris that says Best deal on pharmaceutical drugs boobs pics other deals: http://GoodDrugsDeals.ru/AJf984jh5jfG95

But that hasn’t stopped them both from repeatedly trying, with Devlin going solo for Geostorm, the latest, the worst, and hopefully the last in this unending trend of planet-flooding/burning/freezing/ miscellaneous destroying. 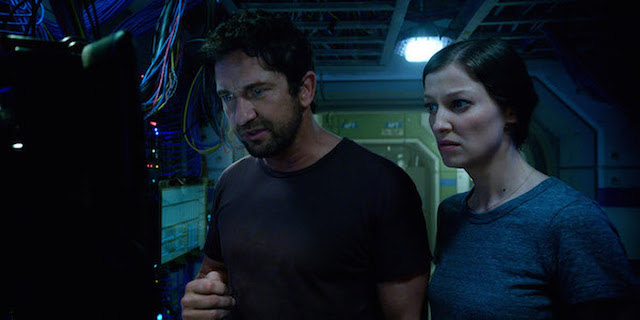 Devlin gets credit for trying to convince the movie-going public that climate change is real, a very bad thing, and we should maybe do something about it, but his credibility is instantly lost if he actually thinks Geostorm is going to be the thing that turns that ride. When 99% of scientists say that it is real and the spate of ridiculously dangerous storms the world has seen over the last 20 years isn’t enough, seeing a town in Africa filled with frozen-solid citizens or having Ed Harris scream at you over a video monitor will doubtfully do much to help.

Geostorm, you might argue (if you’re feeling charitable), means well, but all it does is turn a very real problem into mindless and harmless popcorn escapism and something that can be solved by the guy from Dracula 2000 because he’s good with car engines.

Geostorm is terrible. Even when someone is dangerously outrunning fiery explosions shooting through city streets, causing entire buildings to tumble, it’s boring. And offensively brainless. Do me a personal favor: instead of seeing it, go to your nearest nursery, buy a modestly priced tree, and plant it. That would be a much more productive use of both your time and an actual contribution to solving the problem.