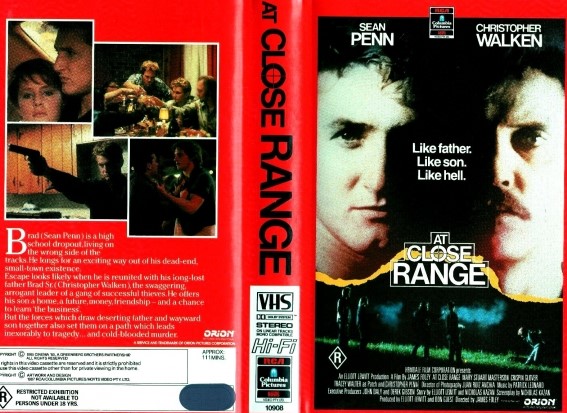 The breakdown of the family unit is one of the more disturbing themes at play in cinema, only because it's inherent in us to desire a close relationship to those with whom we share a history, bloodline, and hereditary traits. To be born among people with whom we'll eventually have a falling out, or worse, is one of those fears that's always simmering beneath the surface. Because if we can't rely on our family, on whom can we rely? That's a really scary concept to posit, and unfortunately, it's something that happens more often than it should. It's starting to become more commonplace to pick up a newspaper and see a headline about a father killing his son, or a son killing his father, or a father and son going out and killing people together, as if it's part of a sick and twisted bond they share. Based on a true story, At Close Range, which one might describe as a southern gothic crime noir (the film takes place in Tennessee, but the actual events occurred in Pennsylvania), due to its appropriate amount of shadows, smoky rooms, and darkness, asks if a person's character can be stronger than their lineage - if a person can overcome his inherited physical and hereditary traits and prove he's much more than a genetic duplication of the family tree that preceded him.

Sean Penn and Christopher Walken as Brad Jr. and Sr., respectively, play an uncanny son and father, down to their piercing eyes and their hard features (screaming sandy blonde hair notwithstanding). Even when the film begins, and before they are reunited after years of estrangement, the film suggests  Brad Jr. is already proving  the apple may not fall far from the tree, engaging in the kind of reckless behavior that supersedes teen hijinks and instead suggests  he's a kid with very little to lose. But once father and son are reunited, and the former begins taking the latter under his wing, involving him in the more nefarious parts of his crime-filled life, the bond that initially forms between them takes a pretty devastating turn halfway through. Brad Jr. realizes  the bond between father and son can be easily overcome by the desire for self-preservation. Meaning, there's nothing Brad Sr. won't do if it means keeping himself out of prison. 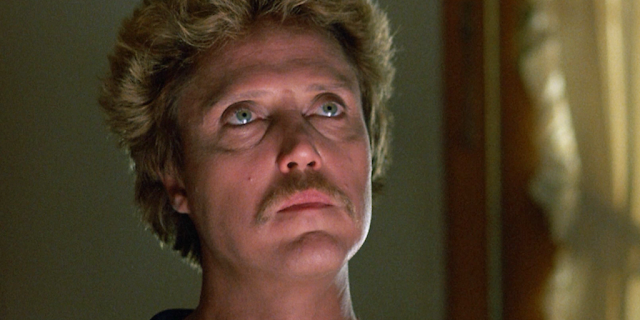 Like De Niro, the modern-day Walken is barely an indication of how good he used to be, and how effortlessly he could play unhinged and disturbing characters. His Brad Sr. is clearly the villain, but only from an audience perspective. We know he's bad because of our omniscient view of everything ongoing. But Brad Jr. is blinded by his familial ties to his father, while also being somewhat blinded by wanting more for himself - his own fair slice of the American Dream - besides working overtime every week in a supermarket or a garage. Brad Sr. doesn't exude villainy; he doesn't come across as an obvious antagonist. He smiles at his son and buys him a car and invites him into his line of work - one which has the potential to pay off big time. Walken has the uncanny ability of pulling off likable villains because as an actor he's naturally likable.

Penn, too, delivers an excellent performance, and this during the early part of his career. Though he teeters a bit too close to going over the top in some of the more dramatic scenes (including the final confrontation between father and son), At Close Range was an indication he was going to be an actor to watch. It's also cool, since this is a film about the family unit, to see him share the screen with his real-life brother, Chris Penn (most famous for having played Nice Guy Eddie in Reservoir Dogs, and who died in 2006 of a drug overdose), who plays his on-screen brother. Obviously the knowledge that they're brothers, but also their clear resemblances to each other (along with the fact that the boys' real-life mother, Eileen Ryan, plays their on-screen grandmother), lends a sincerity to a film emphasizing the impact of a family in turmoil. 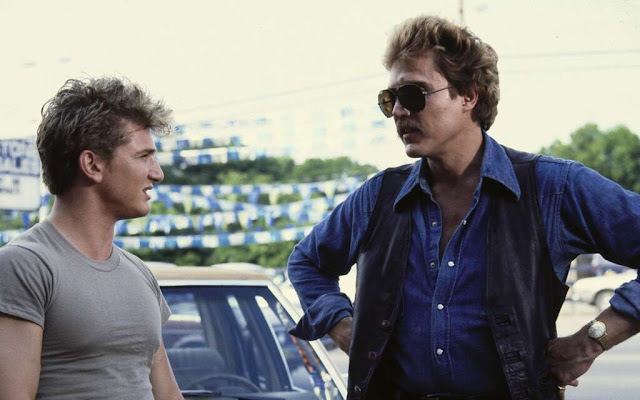 At Close Range is a tough film to watch - entirely all to do with the effectiveness of the conflict and the realism of the performances. Director James Foley, whose films (and television episodes) are well-known for their rapid fire and cutting dialogue (his most well-known is certainly Glengarry Glen Ross, which your annoying co-workers who have never touched hands with sales probably quote every day), dials back the character exchange and relies more on mood and that earlier mentioned inherent fear of the destruction of the family unit. Take all that, add a remarkable supporting cast (David Strathairn! Crispin Glover! Tracey Walter!), and you end up with a film that's now thirty-five years old, but whose themes of betrayal and the familial bond will be forever ageless.

James Foley has the dubious honor of being one of the most underrated filmmakers working today. Insiders, thankfully, know this, as he consistently gets some pretty high-profile gigs (Netflix's House of Cards for one), but considering he has the skills behind the camera and has mastered the spoken word like Quentin Tarantino but without all the flamboyance, it's kind of a shame  he's not a household name. One day that could all change, but for now, as his back catalog drips slowly to Blu-ray, here's hoping his work becomes even more appreciated by newer generations. 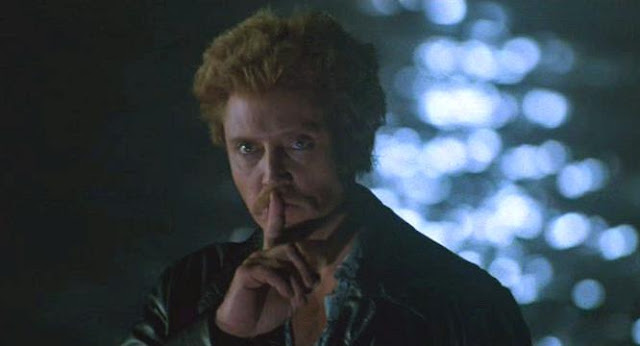