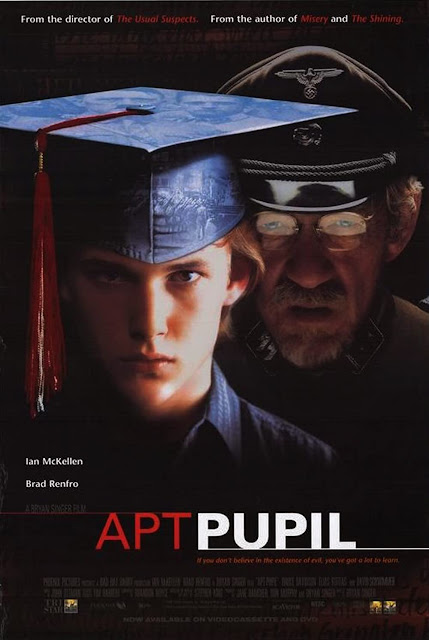 Stephen King has seen more adaptations of his written body of work than any other writer living or dead, except maybe for Bram Stoker, whose novel, Dracula, has been adapted for a literal, accurate, and confirmed figure of ninety bajillion times. As such, among these King adaptations, some are classic, some are decent, and some are best forgotten. His 1982 four-novella collection, Different Seasons, contained the original stories that would later be adapted into Stand by Me, The Shawshank Redemption, and then Apt Pupil. The fourth story, The Breathing Method, is in the works under the direction of Sinister’s Scott Derrickson, so the Different Seasons adaptation game is looking like a clean sweep. Not bad for one book. (The jealous author in me weeps bitterly.)

Until Derrickson’s adaptation sees release, Apt Pupil remains the dark horse adaptation of the book. Having been released to mixed-to-positive reviews back in 1999 (and mired in controversies/production difficulties), and directed by a post-Usual Suspects Bryan Singer (the X-Men series, Valkyrie), Apt Pupil has always remained just under the radar in the King world. Headlined by Brad Renfro (The Client), who died at the age of 25 in 2008, and whose death was overshadowed by the passing of Heath Ledger one week later, Apt Pupil presents a young, well-to-do high school student and all-around sociopath Todd Bowden, who deduces that an elderly member of his community, Arthur Denker (Ian McKellen), is a former Nazi living in hiding under an alias. Bowden, fascinated with Nazi atrocities (or perhaps just atrocity in general), first blackmails Denker before cautiously befriending him, wanting nothing more than to hear all of Denker’s vile holocaust stories. And Denker, at first backed into a corner, slowly begins to spin the arrangement to his advantage, until the two get to a point where both are manipulating each other. As such, only one will likely walk away. 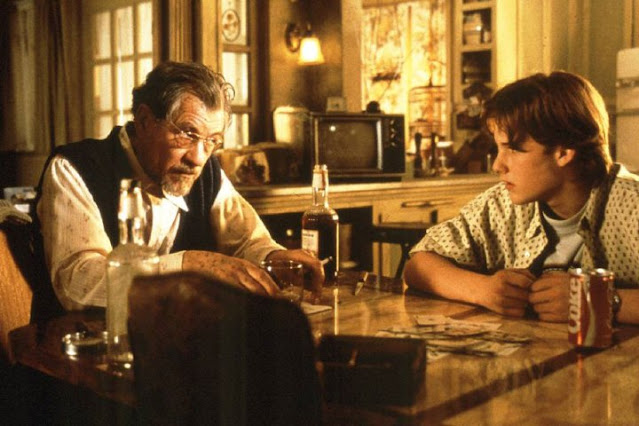 As can be expected by a King work, Apt Pupil is very dark – not in terms of gory visuals, but more its tone and its subject matter. There’s no blacker stain in the world than the atrocities of Nazi Germany during World War 2; even without the grainy black and white photographs of stacked bodies and emaciated figures, the mere discussion of it is still upsetting enough that Apt Pupil presents as a somber and by-design upsetting experience. Singer and screenwriter Brandon Boyce don’t back away from the darkness of the story’s subject matter, although it does update certain aspects, such as its much more explosive finale (to be expected in 1999’s immediate post-Columbine era).

Ian McKellen is chilling in his role as the runaway Nazi, whose villainous turn almost laughs in the face of his more well-known, and by comparison, lovable, take on the X-Men series’ Magneto (ironically, a survivor of the holocaust). But in a way, it’s Renfro as Bowden who walks away as the film’s bigger sociopath, and that’s because he wears the façade of a sixteen-year-old kid in a varsity jacket and has a pretty girlfriend on his arm, who society would dictate has the perfect life, and hence, is no one to worry about. Renfro finds a way through all that and presents an angry, confused, and severely psychotic kid for whom more teachers would write a letter of recommendation than recommend him for psychological counseling. (Sadly, Renfro battled with drug addiction throughout his 20’s, nearly obtaining the lead in Freddy vs. Jason before a bizarre incident in which he stole a yacht cost him the role.)

On the triple tier Stephen King adaptation scale, Apt Pupil rests comfortably in the upper-middle ranks. The lead performances and Singer’s direction are top notch, while the screenplay can sometimes meander, with its neutered ending sacrificing much of the impact of King’s original story. Still, it’s certainly one of the better King adaptations, with immense talent on both sides of the camera. Sadly, it’s also more relevant in the modern climate than it’s ever been before.