In the wake of Ed Gein's murders, "Gein humor" began circulating around Plainfield, Wisconsin. Among them was this, dubbed "Ed Gein's Christmas."


'Twas the night before Christmas, when all though the shed,
All creatures were stirring, even old Ed.

The bodies were hung from the rafters above,
While Eddie was searching for another new love.

He went to Wautoma for a Plainfield deal,
Looking for love and also a meal.

When what to his hungry eyes should appear,
But old Mary Hogan in her new red brassiere.

Her cheeks were like roses when kissed by the sun
And she let out a scream at the sight of Ed's gun.

Old Ed pulled the trigger and Mary fell dead,
He took his old axe and cut off her head.

He then took his hacksaw and cut her in two,
One half for hamburger, the other for stew.

And laying a hand aside of her heel,
Up to the rafter went his next meal.

He sprang to his truck, to the graveyard he flew,
The hours were short and much work he must do.

He looked for the grave where the fattest one laid,
And started digging with a shovel and spade.

He took out a crowbar and pried open the box,
He was not only clever but sly as a fox.

As he picked up the body and cut off her head,
He could tell by the smell that the old girl was dead.

He filled in the grave by the moonlight above,
And once more old Ed had found a new love. 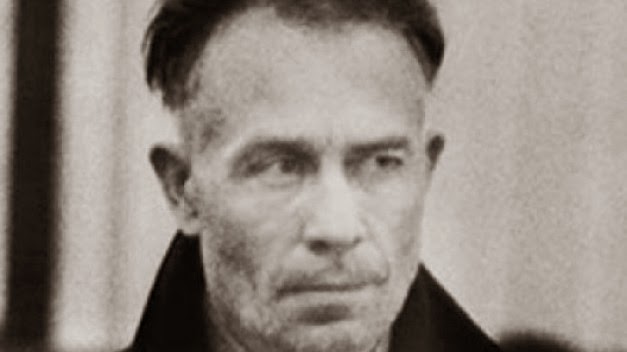 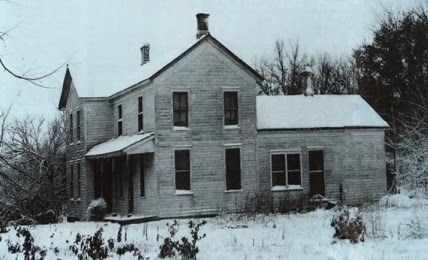