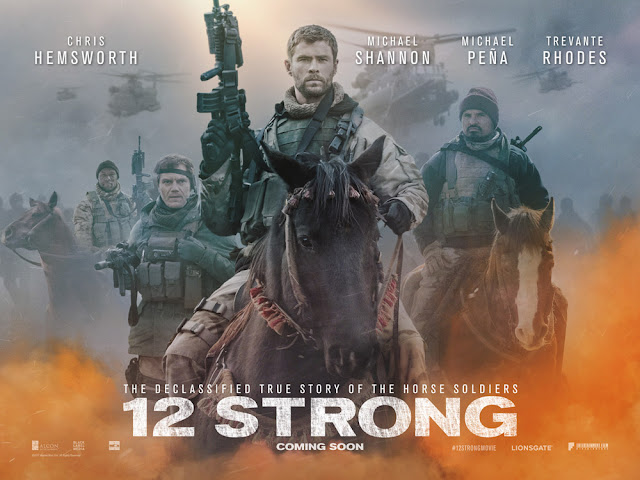 I don’t want to sound insensitive or dismissive, but can we please have a moratorium on 9/11? Can we all just agree that it happened, it was terrible, and our country’s been stuck in neutral ever since? As typical, following 9/11, Hollywood didn’t waste much time in finding ways to capitalize on the worst attack on our country in the history of ever, and soon a wide-ranging collection of genre-hopping films all came together and assembled the most depressing shared cinematic universe yet. Some of these actually managed to be pretty good, like Paul Greengrass’ harrowing United 93 and Kathryn Bigelow’s duo of The Hurt Locker and Zero Dark Thirty. And lest we not forget about Oliver Stone’s atypically maudlin and non-controversial World Trade Center, about which we actually all did forget. For every one title you remember, two or three are existing in the foggiest banks of your memory — probably where they belong. 9/11 has become so prominent in storytelling that it should have its own sub-genre label.

At the risk of again sounding insensitive, we’re coming dangerously close to 9/11 becoming a cliché. 12 Strong proves that — an absolutely lifeless, generic, bland, and unimpassioned telling of military forces engaging against the Taliban months following the attack. We’re back in the desert, kids, populated by American soldiers with nicknames who are tough and stoic and who have wives and who love their wives and America. They are led by Captain Mitch Nelson, with a performance by Chris Hemsworth that is absolutely out-of-the-box soldier as purchased via Amazon Third Party, slightly used but in otherwise good shape (contains none of the original packaging). And he’s as boring to watch as he’s ever been, which is impressive, considering how boring he generally is. You see, Mitch Nelson said to commanding officer, Lt. Colonel Bowers, an initially surprising appearance of Rob Riggle (until I tell you that the dude is a bonafide marine in real life), that 9/11 was an awful thing and he's the one who has to do something about it, namely lead his squad and make the Taliban pay. Then he decides to not die while in Afghanistan because he promised his wife he wouldn’t die. A flag waves. He means it. America/freedom. 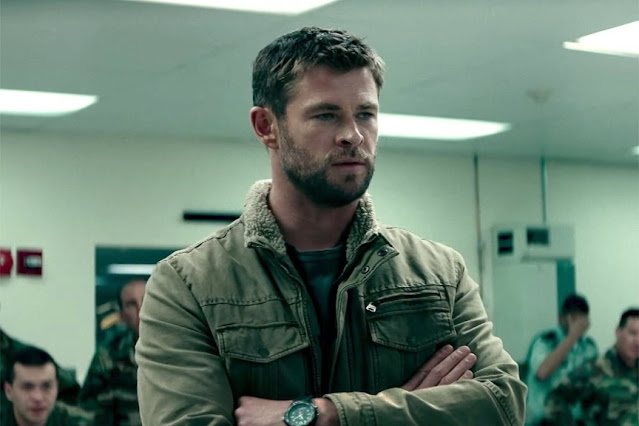 Even if we want to scrape away the tragic and sad circumstances that surround 12 Strong and look at it either as a wartime drama or an action film, sorry — still boring. The sequences that find the soldiers directly engaging with the enemy lack suspense. Whether our soldiers die or not feels like no consequence, because beyond their mini opening prologues where each of them says goodbye to their wives, little is done to promote them as actual people. If you know half their names by film’s end, I’d be both impressed and convinced you were lying. (Why are you in this, Michael Shannon?)

Critiquing films based on true stories, especially when those stories involve such massive tragedies experienced by real people, is a slippery slope. To pass judgment on a dramatization of such tragedy and the actors who brought those characters to life feels as if judgment is being passed on the tragedy itself, as well as those real people. The soldiers as depicted in 12 Strong really did those things. They were real, and brave, and selfless. And they deserved a far better film about their actions.