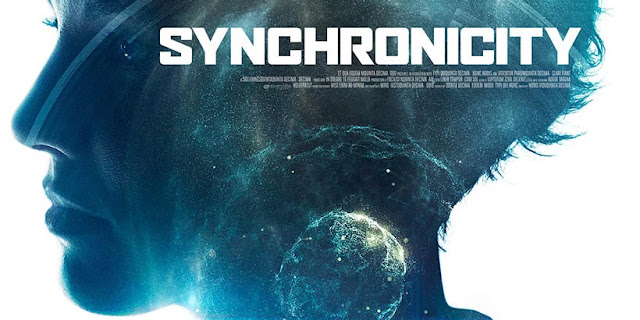 There is one thing that all time travel movies have in common, and that’s this: none of them actually make sense. That’s the paradox of the time travel film: though each goes out of its way to carefully explain the rules and possible ramifications of time travel, at the end of the day, none of them make sense. Putting aside that time travel, in reality, doesn’t actually exist, and therefore can’t be held up to any existing rigorous scientific criteria, each one featuring an individual traveling back or ahead in time in order to fix a conflict or know the unknowable is, honestly, just making shit up as it goes. It’s examining what is necessary to its own plot, making sure it’s arguably sensible in narrative form, and jettisoning the rest. And honestly, that’s fine. Even the most historically accurate film leans on fiction. Biopics fudge a detail now and then. Dinosaurs have been brought back to life, people. WITH FROG DNA. It’s fine. If those films are allowed to play with reality, the time travel film is certainly allowed the same consideration. But it’s when the time traveling and its ramifications get lost in its own plot that it can get a little frustrating.

From a technical standpoint alone, Synchronicity is beautifully made. Heavily influenced by Ridley Scott’s Blade Runner, right down to the incredible synth-based score by Ben Lovett, but also containing bouts of TRON, Dark City, and other titles of the cyberpunk era, no one can say that Synchronicity isn’t audacious as hell. Certainly the first cyberpunk time-travel film-noir romance of its kind, Synchronicity has been brought to life with a very assured and very confident hand by writer/director Jacob Gentry (The Signal—2007, not 2014). From the opening sequence alone, the audience is immediately transported into a time and environment in which they have had zero previous experience. In the same way Blade Runner opens in a very foreign cityscape, replete with merging cultures and disturbing amounts of futuristic gadgetry, Synchronicity, too, plummets the audience directly into the thick of an unusual and dangerous experiment. Who are these three men? What are they doing? Is this sanctioned or have they gone rogue? What’s with this awesome music? 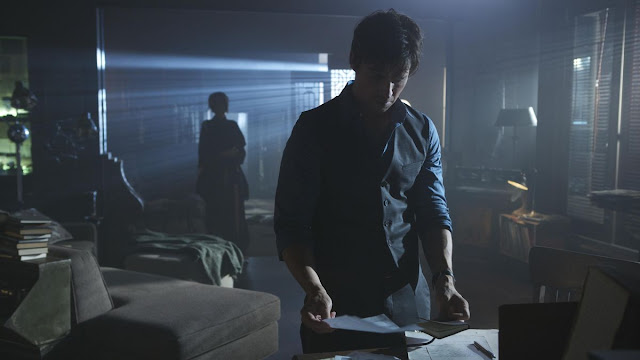 Chad McNight as Jim Beale does admirable work as a man obsessed—first with his potentially world-changing experiments, but later on with the mysterious and beautiful Abby, who enters into his life seemingly at random until that randomness is called into question. He spends much of the film frantic, backed into a corner, and doubting everything—this mostly works for him, but sometimes it doesn’t. Brianne Davis, however, as the noir-required femme fatale, doesn’t quite grasp what she’s supposed to be doing. Her performance as the untrustworthy siren of Jim’s growing infatuation is largely inconsistent; her abilities to emote simply through facial expressions certainly helps in establishing the mystery of her character, but this is too easily counteracted during most of her dialogue scenes, where her hesitance with the role is all too palpable. AJ Bowen, Canada’s version of a young Vincent D’Onofrio, does expectedly fine work as Jim’s co-experimenter, Chuck, who finds himself swept up in Jim’s increasingly complicated life (lives?) as he struggles to save his friend.

Plus this thing’s got Michael Ironside!  He can make your head explode just by WILLING it! I’m not even talking about Scanners, but in REAL LIFE.

Synchronicity stumbles the most (but not doing any permanent damage) in its handling of the actual time travel aspect—considering this is being sold as a time travel film, that understandably sounds alarming. Synchronicity throws a lot at its audience, expecting them to grasp as many breadcrumbs as it can as the film barrels through its narrative. Once one timeline becomes two, which is which, who is who, and wtf all become lodged in your brain, making for a daring but frustrating experience. 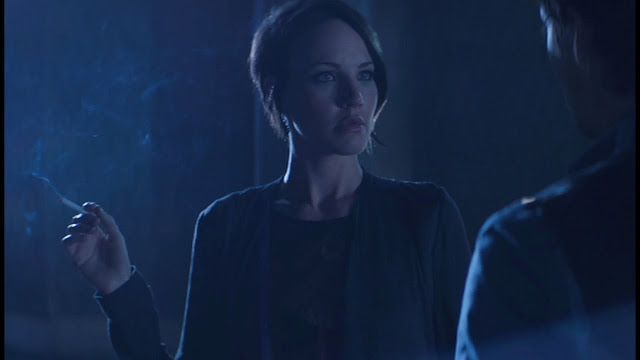 Despite these flaws, there is something impressive and impulsively thought provoking about Synchronicity that to outright dismiss the film because of these flaws would be an utter crime. There’s a vagueness, perhaps purposely so, to many of the film’s aspects—like Klaus Meisner’s mysterious company, the future time period in which it’s taking place, the location of the city where it all unfolds—leaving a wake of haze wafting over everything like it’s a dream. The more scientifically minded viewer is going to want to break down the plot’s events to determine who is who at that time, what has changed in this scene being depicted for a second time, what possible implications are to come, but I’m not so sure Synchronicity was designed for that.  Like so many other genre films, time travel or not, the crux of the story is based on Jim and Abby’s growing relationship. Does she love him? Can she be trusted? Will Jim wise the fuck up? Around this dynamic the rest of the film has been wrapped, and whether or not the timeline of events and the science of time traveling makes sense becomes window dressing.

It’s simple, really: if you become engaged by Jim and Abby’s plight, then Synchronicity will prove a rewarding experience. If you’re here for the time travel, then you might find yourself checking your watch. 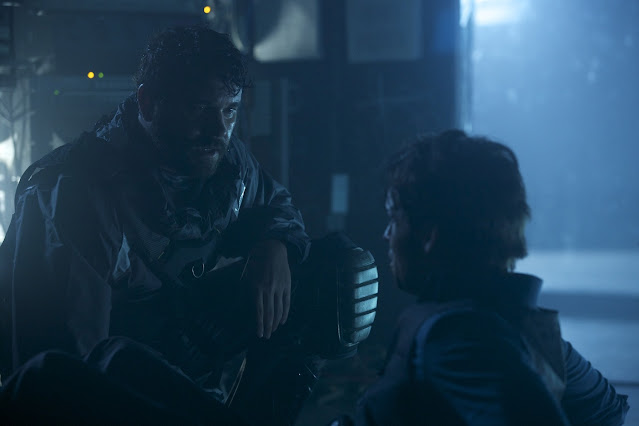 Taking a page from the book of Blade Runner (and it's five million versions), Synchronicity is impressive to look at. As is demanded by all future-set science-fiction films, the landscape of Synchronicity is cold, sterile, institutional, and impeccably clean. The film leans on blue hues and bright whites because of this, but while also adhering to the dark and shadow of classic film noir. And yeah man, I love this music. The synth-based score by Ben Lovett lovingly skips back in time to the golden age of Carpenter and Vangelis, driving Synchronicity forward, perhaps even atoning for its storytelling flaws in the same way that Daft Punk's masterpiece of a score for TRON: Legacy aids in propelling it from mediocrity to an incredible visual and audio experience.

Synchronicity gets a cautious but still enthusiastic recommendation, if for nothing more than its ambitiousness. How its story will grab you is tough to predict. It's a wonderful technical experience, providing beautiful visuals and an equally beautiful if slightly melancholy musical score. For those longing for more San Angeles ambience, look no further: it's easy to believe that while Deckard is hunting down replicants in the rainy night, just a few blocks over, the events of Synchronicity are unfolding in not just one but two separate timelines. And like Blade Runner, perhaps it will take some time before Synchronicity's story can be truly appreciated.