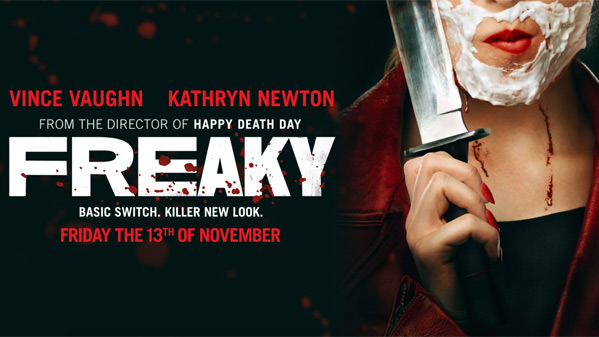 The slasher sub-genre has been around for almost as long as the horror genre itself, with elements found as far back as 1920’s The Cabinet of Dr. Caligari. Ever since then, crops of filmmakers have been content to do one of two things with the slasher film: present a dependable, uncomplicated tale that relies on its simplistic foundations, or concoct a clever take on the concept that spins the sub-genre on its head. Halloween (1978) and Scream (1996) are two perfect examples of this dichotomy. The first took all the slasher elements that had existed at that time and finally planted them into an environment that most audiences could relate to – suburbia – whereas Scream, which gleefully embraced its Halloween inspirations, masterfully took all the elements that had existed by that time and blessed its characters with a working knowledge of how the sub-genre worked, theoretically making them savvier in the face of danger. Following its release, Scream was foretold to be the harbinger of the slasher flick’s ultimate demise. Because a film had come along that called out the tropes and pitfalls of the sub-genre, critics said there would be no going back to standard slasher films as we knew them. Thankfully, filmmakers went back anyway (and Scream wasn’t even the first to go full meta – see 1991’s, albeit terrible, There’s Nothing Out There), and though this new generation of slasher fodder may have been savvier, they still ultimately fell victim to the same pitfalls as before. Like many of their masked villains, slasher films had proven they will never truly die, with most of their future offerings eagerly going back to their roots of simplicity and watered-down mythology. (Ironically, enter 2018’s Halloween.) 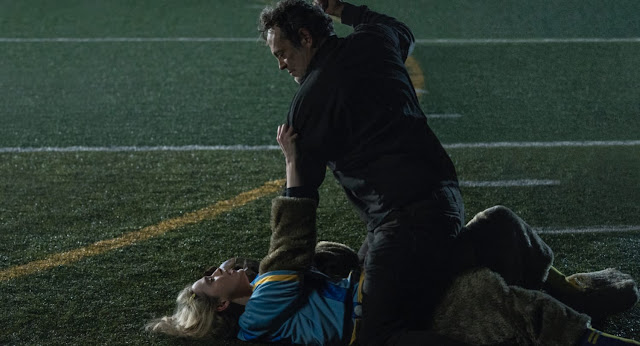 Last year’s Freaky, directed by Happy Death Day’s Christopher Landon, is the latest twist on a well-worn concept, taking both its concept and its namesake from, of all things, Disney’s family-friendly Freaky Friday films (the remake which stars, ironically, Halloween’s Jamie Lee Curtis, and which is GREAT – YEAH, I SAID IT.). Landon’s dedication to the genre is well established by now, having written most of the Paranormal Activity sequels along with another similarly quirky horror-comedy, Scouts Guide to the Apocalypse (2015); those stationary-camera haunted condo movies aside, his body of work proves he understands the workable balance between horror and comedy, with his scripts never coming down too prominently on one side versus the other. Freaky, which is brimming with homages to slasher films of old, clearly takes its cues from the aforementioned Scream and Halloween, while also throwing in some Evil Dead, The Shining, and Friday the 13th for good measure. (Enjoy the homage to that latter title while it lasts, too, because thanks to all the lawsuits the series is currently saturated with, Freaky may very well be the final slasher flick to show you the below words on a movie screen…)

Though Freaky isn’t as innovative as something like Scream or Wes Craven’s New Nightmare, its concept is a clever one, mashing up two utterly disparate genres to create what amounts to a solid, entertaining, bloody, funny, and genuinely touching contribution to the horror-comedy sub-genre…and believe me, that ain’t easy – just ask…well, most horror-comedies. Freaky also offers just enough buyable aspects to its plot that the circumstances under which high school teen Millie (Kathryn Newton, Supernatural) and the town of Blissfield’s very own mass murderer, the Blissfield Butcher (Vince Vaughn) end up switching bodies never gets too mired in its own mythology to the point where the plot overcomplicates itself. Once the body-swap happens, Millie, as now played by Vaughn, relies on her two best friends, Nyla (the forthcoming Ghostbusters: Afterlife’s Celeste O'Connor, giving off strong Olivia Cooke vibes) and Josh (Misha Osherovich, NOS4A2) to track down the Butcher, re-swap their bodies before the switch becomes permanent, and save the town from the Butcher’s Voorhees-esque massacre. (His mask is one fresh coat of paint and few air holes away from being Jason’s hockey mask.) 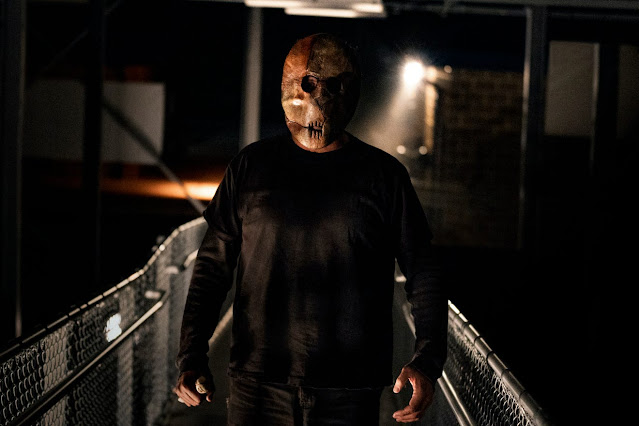 By the sheer nature of the story, even though Newton does most of the killing, she’s not given the opportunity to lean into the new personality of her Butcher character as much as Vaughn has to somehow embody a teenage girl dealing with this absurd conflict. To be clear, it’s not a fault of Newton’s performance and it’s a joy to see her exact bloody revenge on all the dicks who made her high school life hell, but one “swap” was always going to be more interesting and entertaining than the other, and with that comes Vaughn’s triumph. Freaky, somehow, offers enough situations for Vaughn to sidestep the surface-level silliness of what he’s doing (and don’t get me wrong – he’s very funny, especially whenever there’s a longshot of him running like “a girl”) to present some honest emotional moments in which Millie can finally communicate, for the first time ever, the pain of losing her father and the angst of struggling to know herself to those closest to her. In those same kinds of absurd movie moments where the audience cries over Tom Hanks and Wilson becoming separated at sea or an aging Elvis slowly dying following a battle with a soul-sucking mummy at a convalescent home, Freaky generates handfuls of moments where the audience is sincerely touched by Millie’s emotional awakening even while wrapped in Vaughn’s serial killer body. (And if you’ve ever wanted to see Vaughn lock lips with a teen boy, well…) Luckily, thanks to Vaughn’s previous work in darker genre stuff, like 1998’s Psycho remake or 1999’s Clay Pigeons, he’s also able to convincingly play a deranged and sinister serial killer, saving his best and bloodiest for his final scenes. It’s the best of both worlds, and he’s never been more fun to watch. 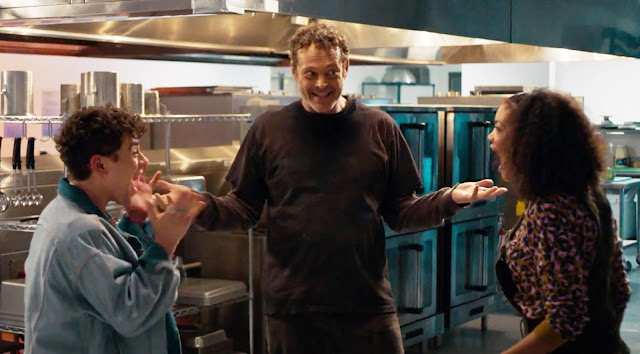 Given that Freaky exists in a post-pronouns world, it’s not unfair to say that audiences might be expecting to drown in the film’s “wokeness” agenda, generated by its body-swapping plot, but except for subtly touching hands with the concepts of gender, gender roles, and cross-sexuality, Freaky never perches itself on a soapbox to offer any heavy messages – not because it failed to, but because that was never its mission statement. The characters weren’t designed to experience alternate perspectives based solely on their new bodies of the opposite sex – it was more so Millie could realize she didn’t have to be wearing the body of a tall imposing man to discover her inner strength, and so the Butcher could realize that prey was much easier to come by when the predator wore an unassuming form…even if it became much harder to kill. This careful balance of silliness and sincere conversation is just as finely tuned as its balance between horror and comedy, making Freaky not just a genre highlight of 2020, but one of the best horror-comedies to come down the pike in quite some time.

[Reprinted from Daily Grindhouse.]
Posted by TEOS at 12:25 PM