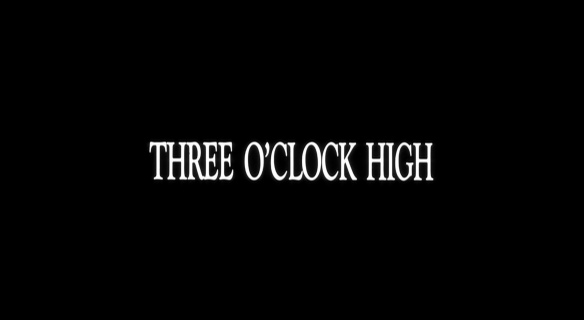 Three O’Clock High is one of those broad, high-concept, and innocent teen films that don’t get made very often. Regarding its making, director Phil Joanou was quick to say that he was very aware of John Hughs’ mark on the high school teen comedy and that he very purposely steered the execution of Three O’Clock High in a different and less grounded direction. Despite that (and he does — I’m not about to call him a liar), Three O’Clock High shares the broadness, innocence, and easily communicated conflicts of Hughs’ films.

A bully wants to beat up another student.

That’s it. That’s the conflict. There is no deeper hidden meaning (unless you’re really reaching). Punchee-to-be Jerry Mitchell doesn’t go on a day of self-discovery as he awaits his fate. He’s the same character at the end of the day (okay, perhaps braver) than he was when he first woke up late that morning. One might think this is a shortcoming of Three O’Clock High, but on the contrary: the simplicity is the film’s greatest strength. 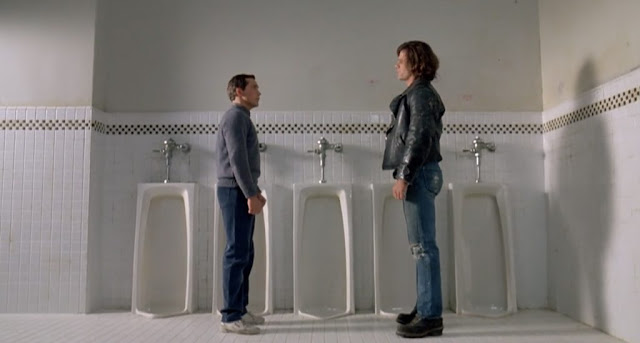 It’s also a wonderful product of its time. I don’t think it’s a spoiler alert to say that in this lovable, lighthearted teen comedy that Jerry punches the bully back at the end and wins the day, and that’s what makes it so unique: the message IS “seriously, use violence to solve your problems.”

Even the PRINCIPAL (John P. Ryan, in a rare role where he’s not killing someone in a Cannon film) urges Jerry to punch the bully.

A SCHOOL OFFICIAL IS URGING VIOLENCE.

Think that teen-oriented message would ever make the final cut today? 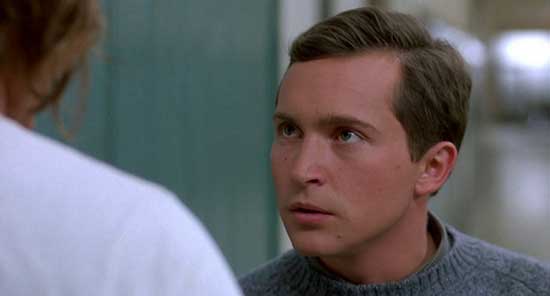 Much of the comedy on display is of the timeless sort, with some gags harking back to the earliest days of Chaplin (the library sequence is one of my new favorite things), and Casey Siemaszko (Back to the Future) plays a very likeable, every-day type of kid who’s just as confused as the audience is as to why Buddy the bully (Richard Tyson, the evil dad from Kindergarten Cop) has singled him out.

Three O’Clock High is just a fun film, and not one that’s well known, likely getting lost in all the adoration of John Hughes’ output. It’s light, easy, and breezy fare, and there’s absolutely nothing wrong with that. Not every high school teen flick needs to have kids at detention spilling their guts, tears, and greatest fears. Sometimes they just have to punch the bully and get the car home before Mom and Dad get back from vacation. Take the opportunity to get to know the trials and tribulations of student school store manager Jerry Mitchell and the punch that was heard around the world.