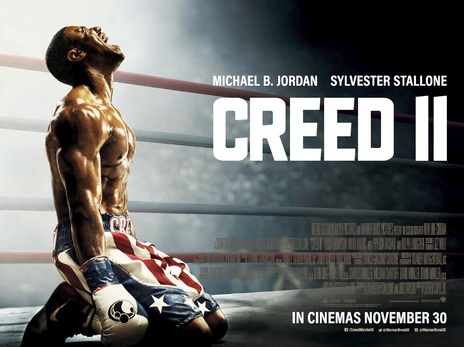 2015’s Creed was a risky move, especially after Rocky creator and caretaker Sylvester Stallone had successfully resurrected his character ten years prior for Rocky Balboa to say goodbye and allow the series to retire with some dignity. As great of an ending as Rocky Balboa proved to be, Creed was an even greater reintroduction of the character to a new generation, finding an organic way to reboot the franchise without stripping it of its identity. And now, Creed’s own sequel has arrived, which exists on a very shaky premise: the son of fighter Apollo Creed versus the son of the fighter who killed him – events which unfold in 1985’s Rocky IV, the corniest sequel in the franchise.

Creed II ranks as the Rocky II of this new franchise – not nearly as good as the original, but good enough to stand on its own two feet and justify its existence. As a whole, the Rocky series maintains not because every film is blemish-free, but because of the series’ spirit, and what it represents. Creed II ably carries forth with that spirit, as Adonis Creed’s (Michael B. Jordan) family grows, causing the fighter to redefine exactly what it is he’s fighting for. Structurally, the events of Creed II’s story feel a little more predictable: you can forecast the various conflicts that will inevitably arise before they actually do. By now, the franchise has a very familiar pattern: dream, train, fight, lose, wallow, thrive, train, and win (or lose). Creed was unique enough to feel like a fresh take on a standard sports movie. Creed II, meanwhile, is certainly well made, but not enough that it overcomes that familiarity. 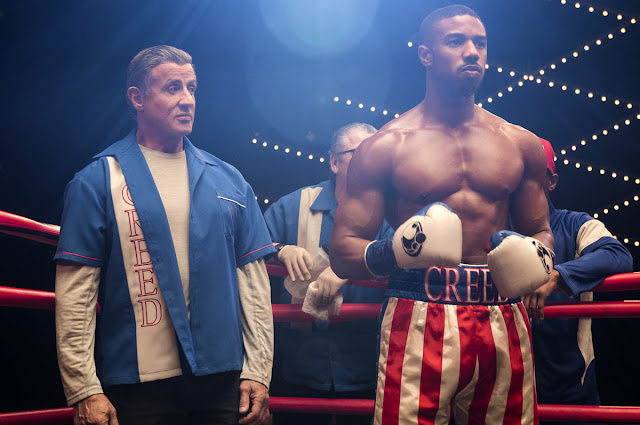 What’s lacking the most in this entry is the emotional connection the audience shares with its characters. That’s not to say that Creed II lacks heart, because that’s not at all the case — even the worst Rocky sequels had heart — but there’s nothing here that compares to, say, Rocky railing against a boxing commission denying his desire for one last fight, or a training montage that juxtaposes Adonis Creed running down Philly streets with Rocky in a hospital room receiving chemotherapy. (A deleted scene included on the Blu-ray shows Rocky giving a eulogy at the funeral of fellow fighter Spider Rico, whose character dates back to 1976’s Rocky, which would’ve beefed up Creed II’s emotional core considerably.)

Every Rocky entry has done what so few mainstream movies have been able to do: transcend being movies and feel like events. As such, a Rocky movie, and now, a Creed movie, has to feel big. It has to recognize that its audience hasn’t just come for the story, but for the presentation of that story, and they know that said experience demands the inclusion of certain series iconography. The city of Philadelphia, or the front porch of Rocky’s modest row home, or even his crooked fedora—all these little things defined what a Rocky movie was. Director Steven Caple Jr. (a colleague of Creed director Ryan Coogler, who recommended him for the helm after moving on to Black Panther) recognizes this as well, just as we recognize that any Rocky movie has to feel cinematic. As Ivan Drago (a returning Dolph Lundgren) and his fighter son Viktor (Florian Munteanu) stand on the steps of the Philadelphia Art Museum and look on in amusement as passersby take photos with the Rocky statue, or do the famous run up the stairs, Caple is banking on the audience feeling territorial toward Philadelphia, the home of Rocky, the ultimate underdog. Though the level of villainy is far down compared to Rocky IV, we know that the Dragos are essentially the villains, and when the camera pans around to capture them from the back as they look out over the city they hope to dominate, those chills you’re feeling are very real. That’s why we’re here. 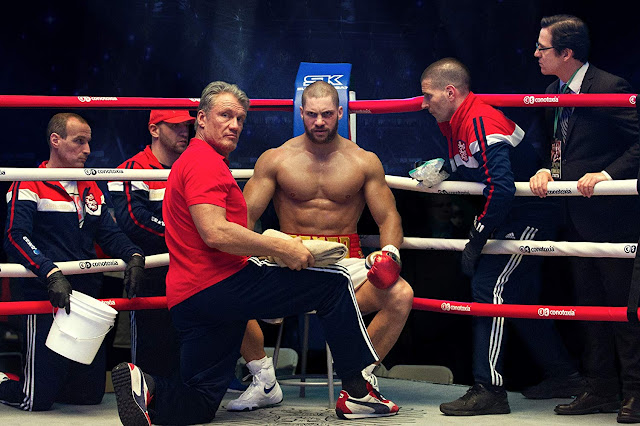 As expected by now, Creed II offers an array of excellent performances, from Jordan’s Adonis to Stallone’s weathered Rocky, even to an understated but evocative take on Ivan Drago by Lundgren, who except for Stallone-backed projects like The Expendables franchise has been out of the mainstream limelight for twenty years. The aging action star has made a career playing the hero in direct-to-video action movies, so to see him getting the chance to act instead of perform is a rare treat. Wisely, Creed II uses him sparingly and keeps his dialogue at a minimum (half of which is Russian), maintaining Rocky IV’s mythical qualities of Ivan Drago’s Frankensteinian persona. If a Rocky/Creed fan were to have mockingly predicted the plot of Creed II knowing that Stallone would be writing it, what eventually came to pass wouldn’t have been that far off. (Jokes abound that Creed III will see Adonis fighting the son of Clubber Lang.) But Stallone, who continues to surprise in the franchise he knows better than anyone else, has helped usher in one more respectable entry in the face of a gimmicky plot.

Creed II boasts a very solid, stable, and bright image, and contains the kind of disciplined and specific cinematography essayed in the previous movie, only Caple Jr. embraces the glitz and flashiness of the final throwdown between Adonis and Viktor. Wonderfully complementing this visual component is the musical score by returning Swedish composer Ludwig Göransson, who revisits some of his earlier themes (which were a spin on those by original composer Bill Conti) to create a score that is cinematically stirring, but peppered with hip-hop influences in ways that never feel exploitative or commercial.

Creed II is a welcome addition to the series, and, in spite of Stallone’s threat to retire the character again (this time for good), it probably won’t be the last word on Adonis Creed. Here’s hoping that Creed director Ryan Coogler returns to helm the third (and final?) entry and complete his intended trilogy.