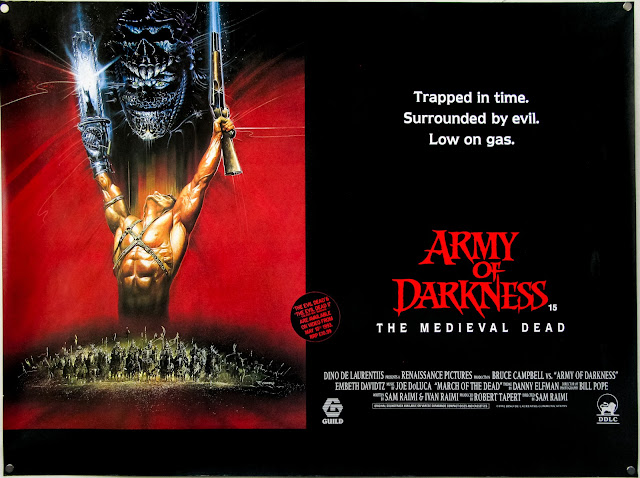 1981’s The Evil Dead conjures incorrect associations. A film made by talented but inexperienced kids was meant to be "the ultimate experience in grueling terror," but its inherent hokiness due to its lack of budget, unknown and untested actors, and filmmakers learning as they went soon became mistaken for intended comedy. And that changed everything.

The Evil Dead, despite what fans may think, was never meant to be funny. And it was during its initial screenings that its creators saw the audiences laughing at scenes which weren't meant for laughs and thought, "uh oh, we better start making them laugh on purpose." That decision would change the direction of all future installments (and, much further down the road, television series). 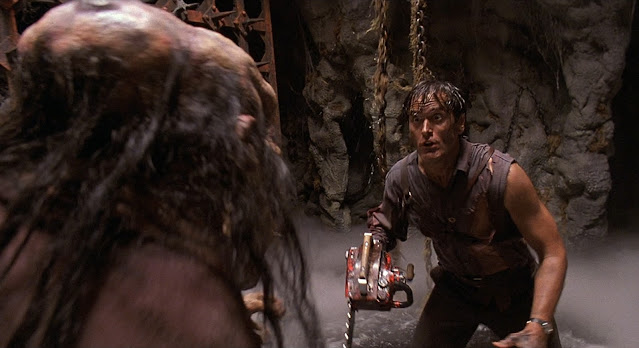 Evil Dead II: Dead by Dawn would feature laughing mule heads, rocket-propelled eyeballs, and disembodied hands fighting their former bodies. Audiences loved it. They couldn't get enough of the new Three Stooges-inspired slapstick and gross-out humor. And its cult appeal led to a major studio getting behind what began as Evil Dead III, and then The Medieval Dead (still the best title), and finally Bruce Campbell vs. Army of Darkness.

With an actual budget on which to depend, the universe of The Evil Dead exploded, throwing time travel, dripping castles, and armies of skeletons into the mix. Tree rape was exchanged for zippy, kid-friendly one-liners. Melting faces and bodily dismemberment were swapped out for shrieking witch faces. Bruce Campbell's Ash went from being the horror-film equivalent of Die Hard's John McClane to that version of Bruce Willis who was recently thrown out of a Rite Aid for refusing to wear a face mask. (If you’re reading this in the year 2050 or something, Google “COVID-19” to see what the hell I’m talking about). Through being assaulted by his demon-possessed friends and a living woods, he transformed from hapless hero being tossed through bookshelves into a cocky, womanizing, and sometimes unlikable bad-ass...while still being tossed through bookshelves. Audiences grew to love this version of Ash, and that was/is their right. This iteration has come to define what the brand of The Evil Dead and its main hero means to the masses. Stop someone on the street and say, "Give me some sugar, baby!" and they'll say "Army of Darkness!" Stop that same person on the street and say "Tree rape!" and they'll call the cops. 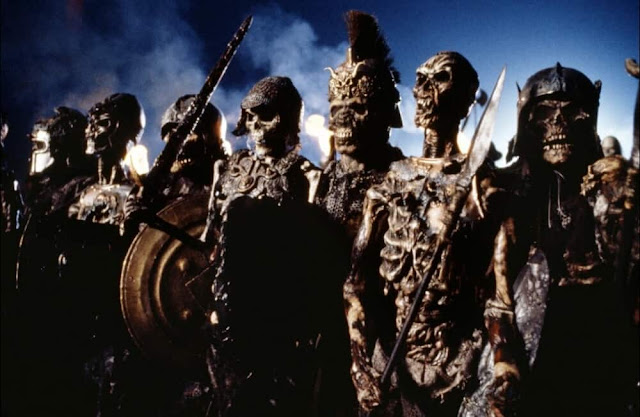 This change from outright horror to a comedy/horror hybrid (leaning heavily on the former) doesn't always work and causes Army of Darkness to come off a little tone deaf. And from the second-act sequence beginning with Ash being victimized by a handful of little Ashes, ending with the sequence where he shoots Evil Ash point blank in the face, Army of Darkness becomes insufferable. But then the stop-motion skeletons show up and save the day - and the film.

Army of Darkness, the film, is what it is. It boasts legions of worshipers eager to quote it at every turn and it will be one of the forever-remembered titles of the horror genre. Bruce Campbell is totally within his element, offering an admittedly fun if occasionally overbearing performance and reinforcing why audiences love the character of Ashley J. Williams in the first place. Those like me who are indifferent toward Army of Darkness are likely in the minority. Likely the most popular cult title of all time next to The Rocky Horror Picture Show, this romp against the Deadites has long been a fan favorite, and no amount of curmudgeonly dismissal is ever going to change that.

Just hide all the bookshelves.