Every once in a while, a genuinely great horror movie—one that would rightfully be considered a classic, had it gotten more exposure and love at the box office—makes an appearance. It comes, no one notices, and it goes. But movies like this are important. They need to be treasured and remembered. If intelligent, original horror is supported, then that's what we'll begin to receive, in droves. We need to make these movies a part of the legendary genre we hold so dear. Because these are the unsung horrors. These are the movies that should have been successful, but were instead ignored. They should be rightfully praised for the freshness and intelligence and craft that they have contributed to our genre.

So, better late than never, we’re going to celebrate them now… one at a time. 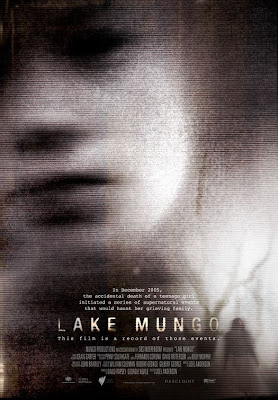 “Liked found footage movies” could one day be etched on my tombstone, and not only because it’s true, but also because I’ve spent most of my blog systematically beating those words to death. But I do. I like found footage movies. Except for rare, rare gems like Insidious, it’s become almost impossible to make a traditional narrative film that effectively scares. Most filmmakers, despite their best intentions, just don’t know how to do that. They claim to know. They claim to use “Hitchcockian” techniques (a term I have grown to loathe). Really what this means, however, is that they reenact the Psycho shower scene, but instead of leaving it to your imagination, they show you heads falling off and geysers of blood. Something about the way found footage movies are made easily manipulate the viewer. All bets are off, really. So long as you have a valid reason for why your cameraman hasn’t long dropped the camera in fear instead of stoically filming the gigantic King Kong-sized monster standing above him in Central Park, then you have the freedom to pretty much show whatever you want and get away with it. And not only that, but even the most mundane things seem creepy. You see a dark room, and in that dark room you see a darker shape suddenly move in the corner. Already you can feel the chill ride down your spine. You wait for it to materialize, to be something with malicious intent. Found footage movies are that one scene in your traditional horror movie where a character is walking around the corner and the music is mounting—only it’s like that for the entire running time. Once that first creepy thing happens, anything can happen at any time.

Movies like Australia’s Lake Mungo are a rare bird. Not only are found footage movies still rare when compared to the number of more traditional stuff that gets greenlit every day, Lake Mungo takes it one step further: instead of the movie seemingly taking place in real time as characters stumble around the dark, the movie is comprised of sit-down interviews with the main characters as they reflect on the events that inspired the “documentary”—events that have already taken place. Yes…Mom, Dad, and Brother aren’t risking being possessed by ghosts or sliced in half by zombies run amok. The event that triggered this “documentary”—the horror the characters endured—is already behind them. (One comparison that immediately comes to mind is Bryan Singer’s Valkyrie, a movie about the assassination attempt of Adolf Hitler—something the world knows never came to fruition, yet watching the attempt unfold still manages to be incredibly suspenseful, anyway.) In short, we spend the entire running time with characters that are not in any danger.

And despite that, it never fails to make the movie any less creepy.

The movie begins with the death of sixteen-year-old Alice Palmer (perhaps a nod to Twin Peaks’ Laura Palmer, yet another doomed teen girl whose own death was a mystery) after her drowning at a local lake, her family’s vacation spot (which, before you get ahead of yourself, was not the titular lake). Naturally her family is torn apart by the incident, and with her death taking place just a few days before Christmas, they each walk around in a stupor, unwilling to believe that the worst has happened. Each of them deal with Alice’s death in a different way: Dad goes back to work in an attempt to keep busy; Mom refuses to accept that her daughter has indeed passed on and is instead merely missing (Dad, only, identified the body); and Mathew, Alice’s brother, embraces his hobby of photography more than ever. But despite their different ways of mourning, all of them soon come together when they begin to experience the same thing: the potential haunting of their home by Alice’s ghost. 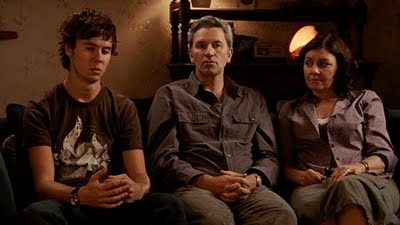 Lake Mungo plays like your typical “Dateline” special, utilizing the aforementioned sit-down interviews with immediate and extended family and friends, as well as home movies and photographs to tell its story. It honestly all plays out so realistically—even when the supernatural elements come into play—that it really feels like something you might watch one night on a news channel.

The supernatural elements come into play once Mathew kicks his photograph hobby into high gear. Images of Alice seem to show up everywhere—inside the house as well as outside in the backyard. Because of this, Matt begins to set up a stationary video camera (pre-dating Paranormal Activity) to see if he can capture anything of note. What he captures is Alice.

It’s important to note that while Lake Mungo isn’t a full-fledged horror movie per se, that doesn’t mean it has no intention of trying to scare you, because it does. Again and again. But it chooses its moments to do so, so that when they do occur, it is far more shocking than it would normally be. Five minutes of creepy footage mixed into 85 other minutes of other creepy footage is just footage. It gets lost. But five minutes of creepy footage woven into a narrative about mourning and regret becomes jarring and real. And that’s what this movie is, really: a reflection on loss, and dealing with death, and with facing the notion that you can never truly know someone if they don’t want you to. There’s a great line in the film spoken by Alice’s best friend: “Alice kept secrets. She kept the fact that she kept secrets a secret.” Because as the story unfolds, we begin to realize that Alice was not the person her family believed her to be. And while such a proclamation immediately makes one assume Alice was in actuality a devious character, or a murderer, or something worse, that’s not the case here at all. It’s just that the Palmer family didn’t know everything about Alice they should have…and maybe Alice regretted that. Maybe, in death, Alice wanted her family to know who she truly was—her good faults as well as her bad. 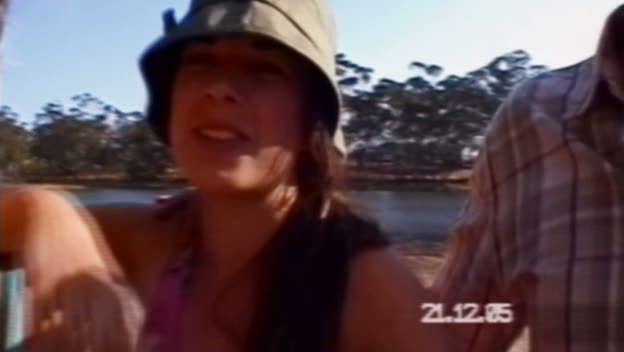 The acting in this film is across-the-board fantastic and convincing. With a movie like this, one false performance can derail the proceedings. Because if you don’t believe what you’re seeing has happened, or could potentially happen, then you, the viewer, are left behind. No one in the film appears as if they are giving a “performance”—they just sell what has to be sold, which is that they are a grieving family undergoing strange events in their home and trying to make sense of it all.

While the movie’s running time is 10% “found footage,” and while a large portion of that “found footage” is simply every-day video taken by various family members over the years, there remains a scene, created with a cell phone video camera, that is extremely unnerving. It is the strength of this scene that demands Lake Mungo be included with the other found footage heavyweights The Blair Witch Project, Cannibal Holocaust, and Paranormal Activity. I know that a lot of folks out there disown movies like BWP and PA because, frankly, “You don’t see anything! They never show you the witch/ghost!” Well, number one, those people are foolish, anyway. And number two, Lake Mungo does indeed show you the villain—the antagonist. It shows you the force that has come and stolen the life of a young girl and left her family in tatters. It shows you death, coming at you from the darkness of Lake Mungo in shaky, blurry two-inch-by-two-inch camera phone video. It’s a scene that will literally chill you, and stay with you long after the movie is finished.

Lake Mungo was released in 2008 as part of the generally terrible After Dark Horror Fest/8 Horror Movies to Die For platform. For the uninitiated, these consist mainly of movies that are basically direct-to-video low-budgeters that are randomly picked and marketed as “the movies they didn’t want you to see.” Well, that’s partly true…because most of them are pretty terrible. And it feels dirty to see Lake Mungo bare the same banner as Lake Dead and Monster Man, two of the worst movies I’ve ever seen. Soon after its release in 2008, it was announced that the producers of The Ring remake would be shepherding a remake of Lake Mungo, due for release in 2011. With 2011 coming to an end in less than two months and the movie not even entering pre-production, hopefully this is an idea long abandoned. While the movie is perfect just the way it is anyway, the damn thing is also in easily understandable, Australian-accented, English. And unless they were to pump recognizable faces into the American remake (which would defeat the whole purpose of this movie trying to feel real in the first place), why on earth would you bother?

I love horror movies. I’ve seen more horror movies than anyone I know. When I was a kid, and other kids my age were watching The Goonies, I was watching Friday the 13th or its derivatives. Whenever our family went to an uncle/aunt’s house for a holiday, it wasn’t long before I was sneaking away to watch whatever horror movies (on VHS, no less) they had in their cabinets. (This is how I first came to see Night of the Living Dead, Re-Animator, and A Nightmare on Elm Street.) 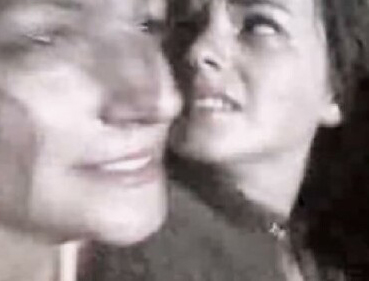 I say this to you because of the quite literally thousands of horror movies I have seen, only three have ever actually affected me: The Exorcist, The Blair Witch Project, and Lake Mungo. That’s pretty good company, I say. And I truly mean it. I look at a movie like Lake Mungo, and I see everything horror fans claim to want—real performances, real terror, intelligent writing, a supreme lack of horror clichés, and absolutely no pandering to its audience—and I wonder why more people do not know about this movie. Frankly, it’s a goddamn shame. It’s an unsung horror.