Shitty Flicks is a new and ongoing column that celebrates the most hilariously incompetent, amusingly pedestrian, and mind-bogglingly stupid movies ever made by people with a bit of money, some prior porn-directing experience, and no clue whatsoever. It is here you will find unrestrained joy in movies meant to terrify and thrill, but instead poke at your funny bone with their weird, mutant camp-girl penis.
WARNING: I tend to give away major plot points and twist endings in my reviews because, whatever. Shut up. 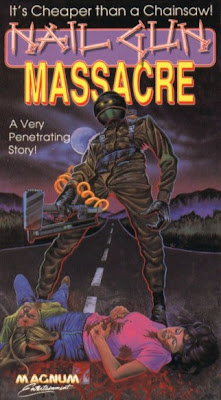