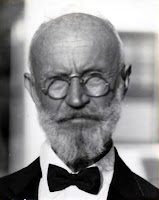 Carl Tanzler (d. 1952) was a German-born radiologist at the United States Marine Hospital in Key West, Florida, who developed a morbid obsession for a young Cuban-American tuberculosis patient, Elena Milagro "Helen" de Hoyos (d. 1931), that carried on well after the disease had caused her death. In 1933, almost two years after her death, Tanzler removed Hoyos's body from its tomb, and lived with the corpse at his home for seven years until its discovery by Hoyos's relatives and authorities in 1940.

Despite Tanzler's best efforts, Hoyos died of terminal tuberculosis at her parents' home in Key West on October 25, 1931. Following Hoyos's funeral, which Tanzler paid for, and with the permission of her family, Tanzler commissioned the construction of an above ground mausoleum in the Key West Cemetery that he visited almost every night. 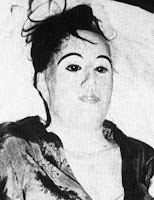 Tanzler attached the corpse's bones together with wire and coat hangers, and fitted the face with glass eyes. As the skin of the corpse decomposed, Tanzler replaced it with silk cloth soaked in wax and plaster of paris. As the hair fell out of the decomposing scalp, Tanzler fashioned a wig from Hoyos's hair that had been collected by her mother and given to Tanzler not long after her burial in 1931. Tanzler filled the corpse's abdominal and chest cavity with rags to keep the original form, dressed Hoyos's remains in stockings, jewelry, and gloves, and kept the body in his bed. Tanzler also used copious amounts of perfume, disinfectants, and preserving agents, to mask the odor and forestall the effects of the corpse's decomposition.

Email ThisBlogThis!Share to TwitterShare to FacebookShare to Pinterest
Labels: oddities