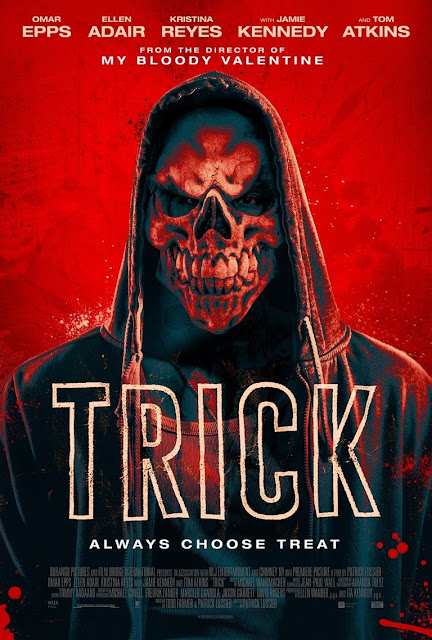 At one point, before David Gordon Green and Danny McBride helped to restore some class to the Halloween franchise with 2018’s successful rebootquel, Dimension Films had been trying to get a sequel off the ground for years—at first trying to continue Rob Zombie’s completely awful saga before going back to the original series and trying their hand at what was going to be called Halloween Returns, a direct sequel to 1981’s Halloween 2. Obviously, this didn’t happen, but a whole lot of folks were taking meetings with Dimension Films to pitch their approach. Among these filmmakers was frequent collaborators Patrick Lussier and Todd Farmer, who had directed and written, respectively, 2009’s My Bloody Valentine and 2011’s Drive Angry. Their version, pitched as Halloween 3D, would’ve followed the exploits of Zombie’s version of Laurie Strode, played by Scout Taylor Compton, as she was confined to a psychiatric hospital following the events of whatever the hell was happening in 2009’s Halloween 2. The duo seemed like such a sure thing that they had confidently told another frequent collaborator, Tom Atkins, that he would have the role of Laurie’s doctor. As we all know, this didn’t come to pass, and I have to wonder how much of their original concept for Halloween 3D was rewritten to become this year’s Halloween-set slasher, Trick. It does, after all, feature a maniac (Thom Niemann) in a Halloween costume going crazy one Halloween night and slaughtering several teenagers, only to be sent away to a hospital for the criminally insane before escaping again on—you guessed it, Halloween—to pick up where he left off. 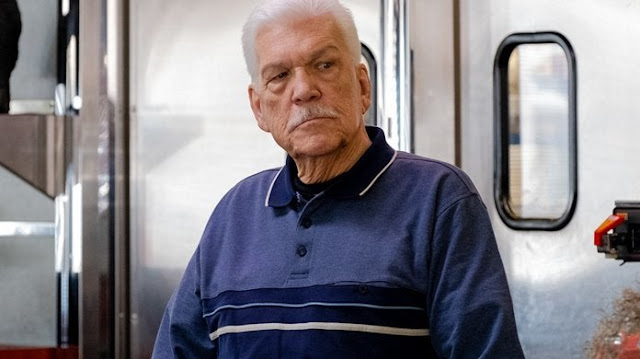 Naturally, we can only speculate on this. Perhaps Trick was built from the ground up to serve as a standalone movie without relying on the scraps of a previous script. Either way you look at it, Trick is a very okay movie, presenting a story that’s reasonably engaging although not altogether original. A killer’s on the loose on Halloween night and there’s a cop on his trail (“You’re the new Loomis”), played by Omar Epps, who also appeared in Lussier’s Dracula 2000  Despite Detective Mike Denver’s best efforts, the titular killer slices and dices his way through all kinds of people, from the teens who helped subdue him at the Halloween party where Patrick “Trick” Weaver went crazy all those years ago (I think because he almost had to kiss another dude) to even a member or two of Denver’s police team. And if you’re already thinking that only one plucky final-girl heroine (Kristina Reyes) can stop him, then hey—something tells me you’ve seen a slasher movie before. Maybe even Halloween!

As a slice of pure escapism, and as a throwback slasher flick that has some imaginative and gory kills to satiate your bloodlust, you can do worse than Trick. For someone like me who considers Halloween to be his favorite day of the year, I tend to be very forgiving when it comes to Halloween-set flicks that offer a palpable October/autumn environment and finds a way to tie its central conflict to Halloween in at least some minor way. I mention this because if this had been the same exact movie, but was called Kringle Kills and took place on Christmas , I’d be far less kind to it...but since the killer calls himself “Trick” and wears a jack-o-lantern mask and the last act takes place in a Halloween haunt walk-through...well, I'm a sucker and I fall for that kinda stuff. 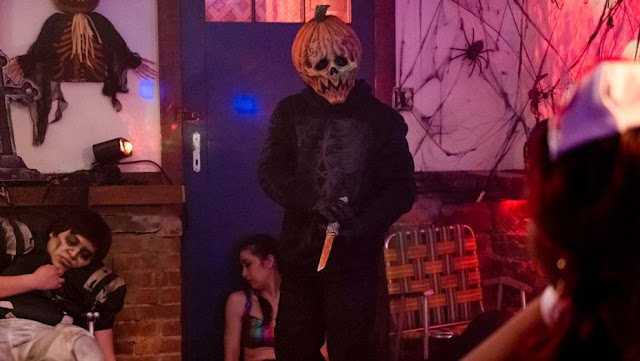 For most of its running time, Trick is competently made and hits all the beats you’d expect, but once the “twist” is revealed—followed by another “twist” at the very end that you can definitely see coming—your palms will end up pressed against your face not just at the pure silliness, but at the way the twist actually manages to ruin the killer’s mystique, rendering him less intimidating.

Still, I won’t kick Trick off my yearly Halloween shelf, and it certainly has more of a chance of getting annual October play than Rob Zombie’s garbage or Halloween: Resurrection, but it’s definitely the weakest collaboration yet from Lussier and Farmer. The ending of Trick is a clear set-up for a sequel, and should that ever come to pass, here's hoping they have a firmer grasp on their concept now that the cat is out of the bag. Here’s hoping their next effort retains the uniqueness and their adherence to old school slasher formulas as essayed in their previous flicks. 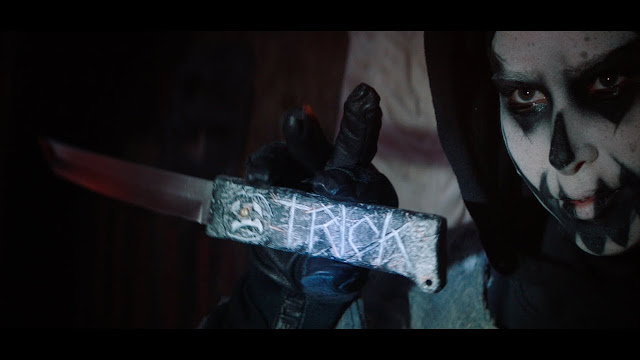