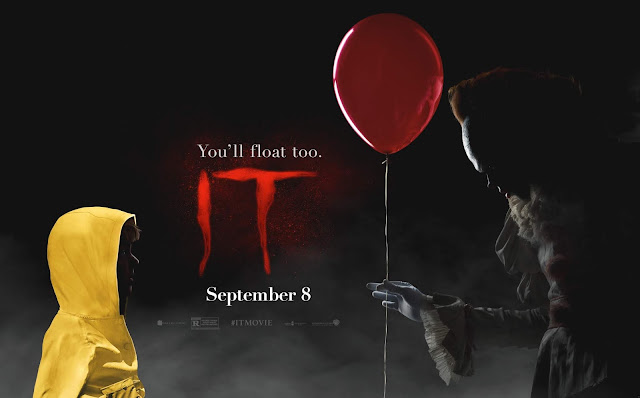 The genesis of this new version of Stephen King’s IT was a bumpy ride. I greeted its initial announcement with a resounding “oh” — especially when hack novelty writer Seth Grahame-Smith came on board as producer. I’ve read the original King novel twice now, and in my mind, no standard-length film or even reasonable number of films could do it justice. And granted, despite a flawless Pennywise portrayal by Tim Curry, the original miniseries is far from perfect, chucking out a lot of rich and creepy Derry history, along with the novel’s depravity, to conform to ABC television standards. But, as imperfect and cheesy and cheap looking as it sometimes is, I can’t help but love it. Nostalgia often overrides good taste, after all, and the miniseries was a huge part of my childhood.

When True Detective director Cary Fukunaga came aboard to adapt and direct, my “oh” became “oh fuck yes.” And for months I eagerly awaited any developments — casting, shooting locales, and any early signs of a rating. One day, there was an update: New Line Cinema, who was originally financing the film before parent company Warner Bros. took over, balked at Fukunaga’s proposed budget, so he walked. My hopes were dashed, and I stopped caring again. Eventually, when Mama director Andrés Muschietti was brought on board as a replacement, I felt nothing. It seemed, to me, that this was nothing more than a studio making that typical studio move of hiring someone with reasonable talent but with a short tenure in Hollywood — i.e., someone to tow the company line, back down from demands, and hopefully still conjure up something halfway well made.

IT — a novel whose concept was very daring, and which could easily be turned into something cheesy and terrible if not done the right way — seemed doomed. 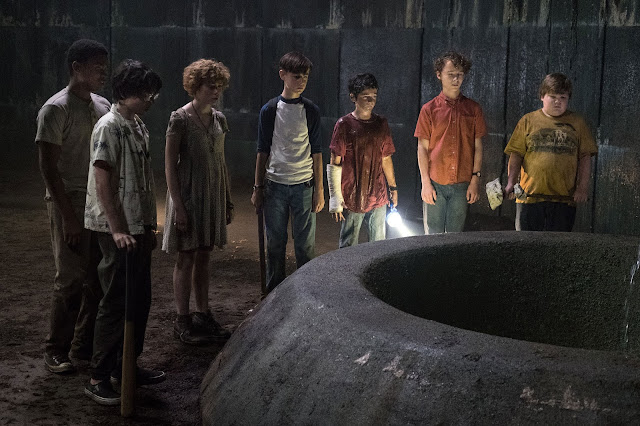 Despite my misgivings and its shortcomings, this new ITeration (ha!), if not a totally faithful retelling of the original story, is totally faithful to its core essence, themes, and intent for relentless terror. And speaking of, is IT scary? Well, as usual in this genre, fear is subjective. What I can say is IT is obsessed with scaring you — is willing to show you some ghastly and taboo-shattering images in order to do so.

The terror in IT is exaggerated, almost fairy tale-like, right down to the design of Pennywise himself. From a horror standpoint, he’s a frightening figure, and of course that’s great. But when taking into account Stephen King’s original intent for this character, as subsequently presented in the original miniseries, it can seem like a bit much. King’s Pennywise was just a clown — not a purposely scary looking clown — because his image was supposed to make him immediately trustworthy to children.The Pennywise of 1990 wasn’t scary except for when Tim Curry’s still amazing performance (and some monster teeth) wanted to make him so. This exaggerated terror doesn't stop and start with Pennywise, but all the specters the kids see, including the infamous house on Neibolt street — everything has been designed to seem extra scary, like you're walking through a haunt during the Halloween season. Sometimes this works in the film’s favor, and sometimes it can seem artificial. It’s clear that another Warner Bros./New Line Cinema horror franchise, The Conjuring, was a large influence on IT’s design, and it’s a good measuring tool for what kind of fear mileage you should expect. (Frequent Conjuring-universe screenwriter Gary Dauberman was on script clean-up duty as well.) The Sy-Fy Channel's beloved cult series hit, Channel Zero, also seems to have informed a small bit of the script, mostly in the form of under-the-surface segments glimpsed on televisions in the form of a kids' show, during which the too-happy host eerily tells its kid viewers that "the sewer is a fun place to play with all of your friends."

The new Losers’ Club is great, with the standouts being Beverly's Sophia Lillis (Sharp Objects) and  Eddie's Fred-Savage-looking Jack Dylan Grazer (Tales of Halloween). Bev’s very first appearance is gif worthy, and Eddie is more than just the Opie-ish dweeb as essayed in the miniseries. He’s the same hypochondriac he ever was, but with the same smart-aleck mouth of his friends, which helps the character feel less like an archetype. The bond that formed between the young actors during the shoot is evident, which offers the film an additional emotional weight. Bill Skarsgård has the unenviable task of stepping into the clown shoes of a character previously made infamous by Tim Curry, which results in a performance that’s unusual — one that hews closer to another famous cinematic clown, The Dark Knight's Joker — but also fitting, and thankfully the makeup and costume aids in hiding the actor’s youth and boyish appearance.

Granted, not everything works. In an understandable move, the filmmakers decided to concoct some new scares for the film that are different from both the novel and the miniseries in an effort to surprise the portion of the audience who are familiar with both. Some of the kids' unique scares remained — Beverly's father, Eddie's leper — but some were entirely invented, along with one that seemed like a throwaway comment, but which inadvertently introduced perhaps unconsidered thematic implications. During one pivotal scene when all the kids meet and admit to seeing some heinous stuff, only for it to be revealed that a mysterious clown was behind it all, each kid shares his or her hidden fear. Richie nervously looks around at all the costumed street performers practicing for Derry's July 4th parade, pushes up his glasses, and admits his fear...is clowns. With this simple admission, IT suggests that there is almost a mythological relationship between himself and Pennywise — that Richie is, in essence, the leader. Seldom do conflicts remain surface level in films of this sort: the kids aren't just fighting a clown, they're rebelling against the fears and perils of childhood and are rejecting adulthood in general. Richie's admission suggests he's going to be the one to single-handedly battle the clown head-on, subjugating his fear in the same way the other kids are subjugating their own. Why this particular bit was given to Richie, instead of Bill, who is for all intents and purposes the leader of the Losers Club, seems very wrong. (Or perhaps I'm just being overly analytical about a horror flick with a kid-eating, sewer-dwelling clown.)

Speaking of Richie, Wolfhard as the smart-mouthed amateur impressionist likely walks away with the showiest part, as his character is there to constantly make off-color jokes and keep things light, which he does, and the actor is great, although there are a couple instances where he robs the scene of its intended emotion. (A problem with the script — not the actor.) For the most part, the film handles the use of humor well, but it seems to struggle with how to hold and maintain scenes of high drama or fear without letting the audience off the hook by giving them a moment of levity.

The musical score by Benjamin Wallfisch isn’t particularly memorable, except when it takes a page out of the movie's book and tries to extra-scare the audience by utilizing a creepy child chorus to sing creepy child songs, one of which includes the lyric "chop off your dead." Additionally, some of the soundtrack selections are jarring and tonally at odds with what’s going on in the scene. (The Cure’s “Six Different Ways” plays over the scene where the kids clean up Bev’s bloody bathroom — a moment that played as somber and ominous in the novel and miniseries — which completely lets the air out of the drama and neutralizes its nasty implications. The New Kids on the Block poster gag, also, is far too jarring — an example of the movie itself trying to be funny instead of its kid characters.)

And as for the changes made from the book, I could go on and on, but no one ever wants to see the book purist complain. In fact, some of the changes actually pair really well with the mainstays from the novel. That Bev's sink drain vomits blood all over her bathroom only after she's begun menstruating offers Pennywise a truly sadistic sense of humor, and updating the kids' era from the '50s to the '80s easily benefits from modern pop culture's new love for everything from the magical decade of hairspray and cocaine. Overall, what’s important is that IT remains faithful to King’s original story: good vs. evil; the power of friendship, faith, loss, etc. If you’ve read King’s massive tome or seen the miniseries and still remember much of its content, you’ll have fun spotting the subtle nods throughout. Bully Patrick Hockstetter licking his lips as the kids pass by him in school hints at the sexual depravity his character exerts in the book (and which could never appear in a mainstream film); the handful of references to or appearances of a turtle refer to the more mystical elements from the novel that are meant to represent the power of light that guides the kids through their fight against Derry’s evil; and the appearance of a clown doll that closely mirrors the Pennywise design from the miniseries was a very nice, loving touch.

As far as King adaptations go, there hasn’t been one this great since 2007’s The Mist, which is a relief to say, being that IT seemed like a huge gamble from the beginning. IT: Chapter Two was since completed at the time of this writing, with the adult Losers Club returning to Derry for one more go-around with Pennywise the Dancing Clown.