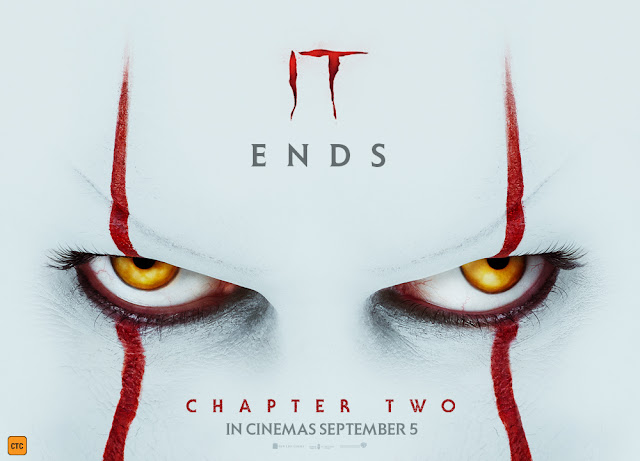 IT: Chapter One, which I guess is what we’re now calling the first half of this saga, was a mostly successful horror flick, if not an overly loyal adaptation of Stephen King’s legendary tome. Though the troubled production, began by True Detective director Cary Fukunaga and concluded by Mama director Andres Muschietti, culminated in a better genre picture than most people were expecting, certain audience members (including me) were a little disappointed that King’s novel wasn’t adhered to a little more faithfully. Still, the essence of the novel remained, and that was the most satisfying part.

IT: Chapter Two always seemed like the more dubious gamble of the saga, for several reasons, but mostly because the portions of the IT story that deal with the characters as kids are far more interesting, empathetic, and nostalgic than the portions that catch up with their adult counterparts, and this applies to the novel or the original miniseries. Not to mention that the adult portions of the story lend themselves more to the mystical and the strange, including the very odd “ritual of Chüd,” which IT: Chapter Two utilizes and which feels too foreign and unusual when following the fairly straightforward normality of IT: Chapter One. While doing a better job of faithfully adapting the second half of King’s novel, IT: Chapter Two still feels overstuffed at times, and ironically offers a critical flipside reaction when compared to its predecessor. This time, IT: Chapter Two is more faithful to the source material, but suffers at times from offering an inconsistent horror experience, leaving this second half of the saga merely satisfactory. 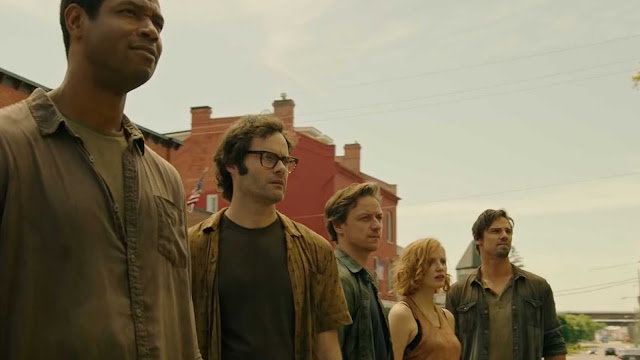 Even with the film running at a staggering three hours(!), IT: Chapter Two still feels like it’s in a hurry. It wouldn’t be right to say the introduction to the adult versions of the Losers Club feels perfunctory, but it's awfully streamlined, and Muschietti doesn’t provide enough time for audiences to catch their breath in between meeting each adult counterpart. Beverly (Jessica Chastain), especially, gets the short straw, with the film hurtling through a major part of her character’s background – that she’s matriculated from an abusive relationship with her father to an abusive relationship with her husband. Her character’s reintroduction not only downplays her husband’s mind games that exist in canon, but the film tries to be “slick” by falsely introducing him as a kind man to try and fool the members of the audience who already know he’s an asshole. Meanwhile, Bill (James McAvoy) is writing screenplays for the Hollywood system based on his novels, which star his wife, Audra, but after receiving "the call" from Mike (Isaiah Mustafa), he immediately blows town, leaving Audra behind… never to be seen again. (If you’re familiar with the novel or the previous miniseries, you’ll note this is a major change.) Eddie Spaghetti (an excellent James Ransone, Sinister) is no longer driving cars for the rich and famous, but instead cites his job as a “risk assessor,” which rightfully sounds like the kind of job that a young, neurotic Eddie would grow up to obtain. (I have to give major props to Muschietti for re-using the actor who played Eddie’s mother in Chapter One to briefly play his wife in Chapter Two – it’s somehow both subtle and super on-the-nose, but it works.) The rest of the cast are introduced in the same rapid way, with none of them suffering the kinds of dramatic “Remember that time we were almost killed by a monster clown?” floodgates of memories you’d expect (unless you count a constantly vomiting Bill Hader), and before you know it, the Losers Club are back at the Jade of the Orient Chinese restaurant screaming at demonic fortune cookies. But not Stan, though! Poor Stan (Andy Bean, Swamp Thing); he barely registers as a blip in this new take. By film’s end, when he’s essentially speaking to his friends from beyond the grave, it feels far too late for his character to have the kind of significance the film is asking for, and audiences almost have to remind themselves who he was again. (Poor Stan!) 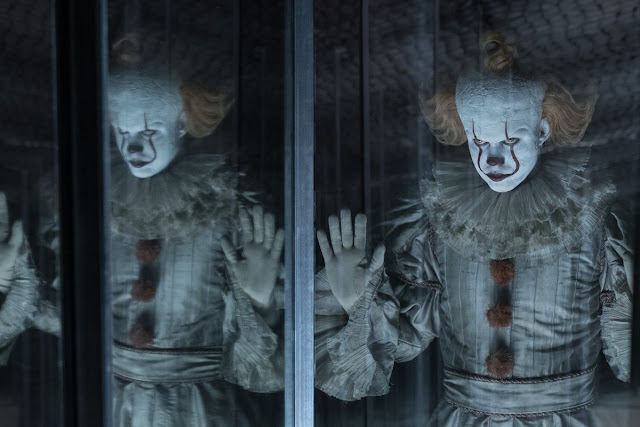 The criticisms I had for IT: Chapter One remain, mostly in that the changes made from the source material seem unnecessary and useless, feeling especially wrong when arguably significant events from the novel are chucked out in favor of brand new creations that the story, frankly, didn’t need. Whether it's Bill trying to save the life of a young boy who lives in his old childhood house, or the out-of-nowhere revelation that Richie has spent his life running from the fact that he’s gay, there’s nothing wrong with these new subplots, but they just don’t add anything new or constructive to the mix, and this in a movie where there’s already a lot going on. And, again, the humor – for the love of Bob Gray – the humor. Muschietti is fully capable of establishing a creepy and dreadful tone, but he seems intimidated by letting that tone sustain, too often subscribing to the philosophy of setting the audience up with scares and then deflating the tension with a joke. IT: Chapter One had its fair share of this, but IT: Chapter Two’s three-hour running time really accentuates this technique to the degree that it becomes frustrating. Sure, some of the gags are funny, but some are face-palming tone killers, and I’m still trying to figure out which I hated more: Eddie being vomited on by the cellar leper set to ‘80s pop, or the too-long scene where Richie and Eddie are terrified by a Pomeranian. If this were any other property, I’d be more forgiving, but this is a story about a demonic, intergalactic clown who EATS children – who tore off the arm of an eight-year-old kid in the first scene of the first movie – so maybe things shouldn’t be so hilarious. Maybe it’s okay for horror films to retain constant horror instead of the constant up and down emotional ride Muschietti likes to curate. Admittedly, though, some gags do work. The constant references to writer Bill botching the endings to his novels are amusing on both a surface level as well as a meta one, and King, who has been criticized for years with that same claim, was a good sport for letting Muschietti and screenwriter Gary Dauberman (the Annabelle series) throw that in. (King cameos as an antique shop owner and shares a scene with McAvoy's Bill, where he tells him that same thing.) Ironically, however, after flinging this joke toward Bill several times, the flick’s own ending feels anticlimactic and silly, being that our cast of heroes literally bully Pennywise to death.

Unless Warner and New Line decide to go ahead with IT: Chapter Zero and explore the town of Derry’s morbid, dangerous history from King’s novel (or if Muschietti assembles his “director’s cut” and resurrects much of the unused footage he shot for both chapters), then this is all she wrote for this long-mooted IT saga. Like the miniseries itself, or the novel before it, or hell, even the kind of idealistic childhood as suggested if not experienced by the young versions of the Losers Club, this new take on IT starts strongly and ends satisfactorily, resulting in an above-average horror epic that manages to be scary, touching, imaginative, and conclusive, even if it’s not definitive. 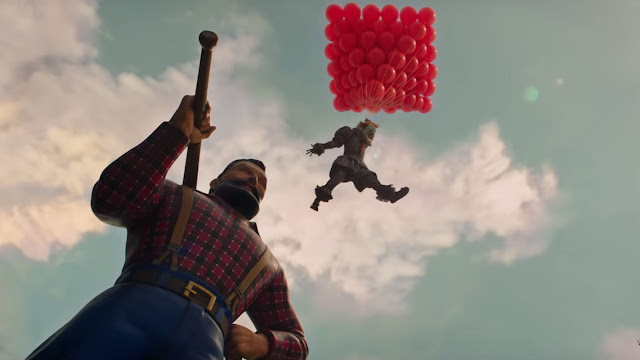