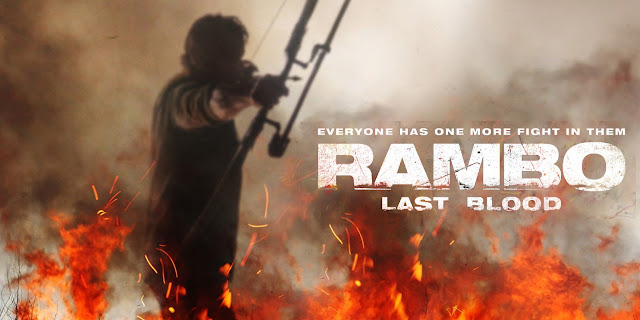 One of the most consistent complaints I’ve seen regarding Rambo: Last Blood, the newest entry in Sylvester Stallone’s long-running Rambo series, was that it “didn’t feel like a Rambo” movie, and in the most superficial of ways, I would agree. Stallone’s shaggy hair is long gone and it feels odd to see him lording over a home that he’d spent the previous 40 years feeling that he could never go back to. Beyond that, though, the claims of Rambo: Last Blood feeling like an outlier is, to be blunt, a misguided outlook. Thanks to pop culture, when you say the name “Rambo,” it conjures certain images that come not from 1982’s First Blood, the legitimately great original where John Rambo kills ZERO people, but the increasingly goofy sequels that veered further and further away from the whole point of the character, which was created to embody the horrors of war-caused PTSD and to highlight the distrustful, aggressive society Vietnam War soldiers came home to. Appropriately, even the naming convention of all the sequels seemed to mirror what the sequels were doing. 1985’s Rambo: First Blood Part II tried to maintain some of the pathos from the original, personified by Stallone’s steely question, “Do we get to win this time?” 1988’s Rambo III drops the “First Blood” portion of the title altogether because, by then, all pathos and subtext was gone in favor of your generic ‘80s action movie that was most certainly a direct response to 1985’s massively successful Commando. And then came 2008’s Rambo, just one of many long-delayed sequels to drop all roman numerals in hopes of luring in a new generational audience who have no idea there are previous films in the franchise, while the brevity of the title also alerts franchise fans that they know exactly what they’re getting. Rambo: Last Blood is probably the most appropriately titled of the sequels, because despite what you may have heard, it’s the sequel that feels the most like First Blood, while also taking one very wide step back from it. 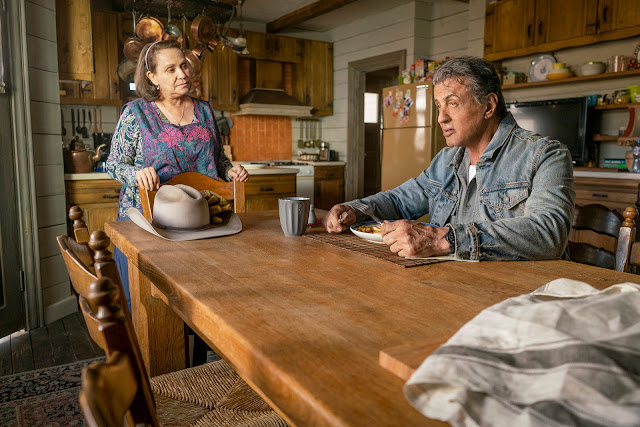 As tends to happen with all “action” movie franchises, each subsequent sequel feels the need to outdo the previous one’s sheer size and spectacle until the situations become so outlandish that they take you out of the movie. Look no further than the Die Hard or Death Wish series, the latter of which was based on a film that didn’t come close to being an action movie. The Rambo franchise is a perfect example of this. No, Rambo: Last Blood doesn’t feel like the previous few Rambo flicks because the character isn’t engaging in war in some kind of militaristic capacity. He’s not in some third-world country saving POWs or well-meaning missionaries. He’s back at home in Arizona, on the Rambo family ranch, doing his best to quell his demons and focus on the only family he has left – caretakers of the ranch, Maria (Adriana Barraza) and her granddaughter, Gabriela (Yvette Monreal), whom Rambo considers to be his  daughter. It’s when Gabriela becomes kidnapped by human traffickers in Mexico while trying to find her birth father that Rambo: Last Blood essentially becomes Taken mixed with a western while still falling back on John Rambo’s utter hopeless view on the goodness of man and the world at large.

Rambo: Last Blood, actually, begins on a melancholy note, in that, though John Rambo has been trying to come home ever since the war, even when he finally did, he never really did. His PTSD still looms large, and he spends most of his time in the labyrinthine tunnels below his ranch, alongside his cache of weapons bought and made. While this could simply be a coincidence, or meant to mirror the foxholes in which he’d spent his time as a soldier in Vietnam, it could also be the most direct connective tissue with First Blood, during which he spent a large portion of the second act hiding in an underground cave because it was the only place he felt safe from the world – this along with his homage Home Alone-like booby-traps that litter the third act, and which he'd similarly crafted to use against some angry Washington State cops  almost 40 years prior. Yes, the family angle—the personal, take-revenge angle—doesn’t gel with the character of John Rambo as we know him, but it does gel with this idea that Rambo doesn’t believe the world is capable of good and isn’t worth fighting for; there’s always some kind of instance where injustice weighs heavily on his heart and he can’t not act – he can’t not react and achieve justice for those that weren’t strong enough to obtain it on their own, and who were taken hostage by the evils of the world. 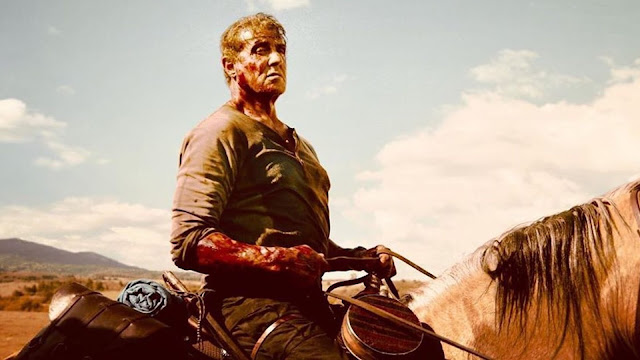 Being that this is a Rambo flick, and being that it boasts a screenplay by Stallone, it maintains the typical amount of overwrought dialogue and sensibilities audiences have come to expect from him (along with an alarming dip into xenophobia, in that, apparently, all of Mexico is a death trap and should be avoided whenever possible). As a writer, whether throughout his Rambo or Rocky series, Stallone has always been willing to write from the heart, even if he’s making a particular character say or do something corny or unrealistic. He’s always been willing to risk covering his characters in cheese so long as they were coming from a genuine place. Rambo: Last Blood is a continuing example of this philosophy, and there’s an earnest attempt to elevate the material into a drama with action elements rather than the flipside. (Unfortunately, most of this whispered, overwrought dialogue comes from his character, and Stallone’s old age has worsened his lisp to the degree that some of his lines are nearly incomprehensible.) By doing this, audiences who wanted a shirtless Rambo firing double AK-47s into enemy faces were likely disappointed, but those going in with an open mind—who remember and point to First Blood as the truest embodiment of the John Rambo character—stood a better chance of appreciating the experience. I think it’s less that Stallone no longer understands the character, but more that he understands who John Rambo has become in his twilight years. A search-and-rescue mission doesn’t necessarily jive with the Rambo aesthetic, but if John Rambo were facing that conflict head on, Rambo: Last Blood is pretty much what John Rambo would do. He is a warrior on loan to the world, stepping in wherever necessary and bringing his adept skill at taking lives along for the journey. That’s who John Rambo is.

Rambo: Last Blood had been in development since 2008’s Rambo (it currently boasts twenty-eight producers), and went through a couple different early iterations, including one really wacky plotline that saw Rambo being brought in by the U.S. military to hunt an escaped, genetically-engineered panther (this is real), which was based on the book Hunter by James Byron Huggins. (Stallone owns the movie rights and has been trying to adapt it since the mid-‘90s.) Rambo V’s production was plagued by so many false starts, at one point with Stallone saying the movie was probably never going to happen, that it seemed unlikely his version of the character would ever return. In spite of that, Rambo: Last Blood survived a critical drubbing to become the second-best opening of the series at the box office, and you know what that means… Is Rambo: Last Blood truly the last blood? Well, as Hollywood likes to say, never say never. According to Wikipedia, “Stallone has expressed interest in having Rambo take refuge in an Indian reservation for the sixth Rambo film.” If it takes another ten years to develop this sequel, it’s likely that Rambo: Last Blood will live up to its title after all. 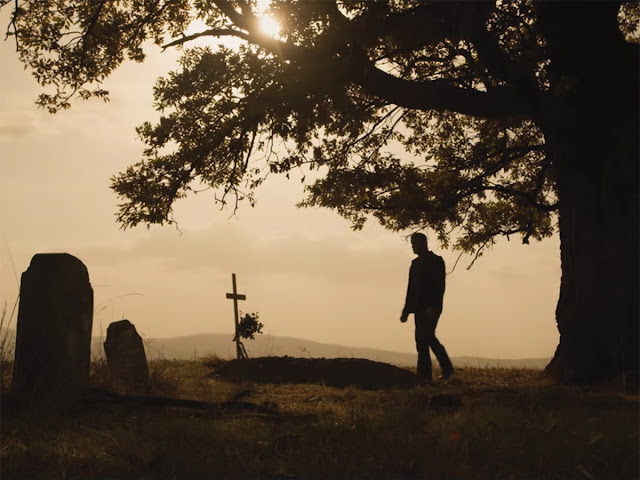