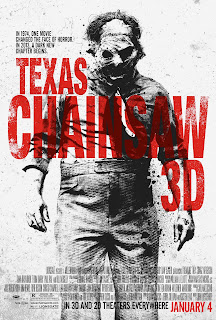 I didn't catch Texas Chainsaw 3D when it was in theaters. Based on the surprising success it enjoyed at the box office, I guess I'm one of the few who opted to stay home and...watch something better. The promise of seeing a Chainsaw film directed by the guy who made Takers, produced by the guys who made multiple Saws, and starring a rapper named Trey Songz didn't exactly lure me into theater lobbies to slap my hard earned cash down on the counter.

Look, I can sit here and pretend to be better and above it all, but I know I'll be checking it out when it hits Redbox, so I'll stow my pompousness for the time being.

Strictly by happenstance I stumbled across this very cool concept art by artist Jerad Marantz (I Am Legend, Rise of the Planet of the Apes). Because I haven't seen the film, I have no idea in what context these images might have been used, but I find the idea of an older, grayer Leatherface intriguing: 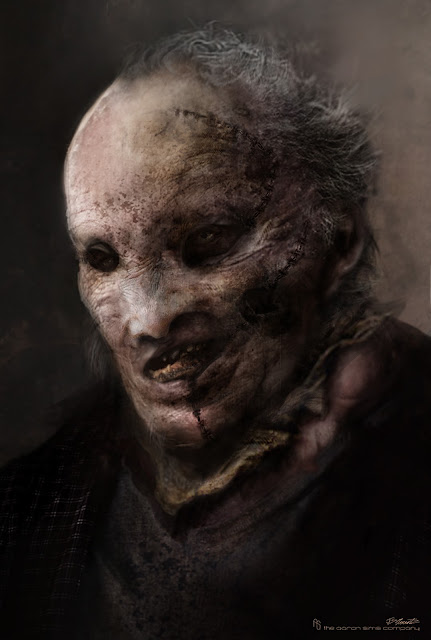 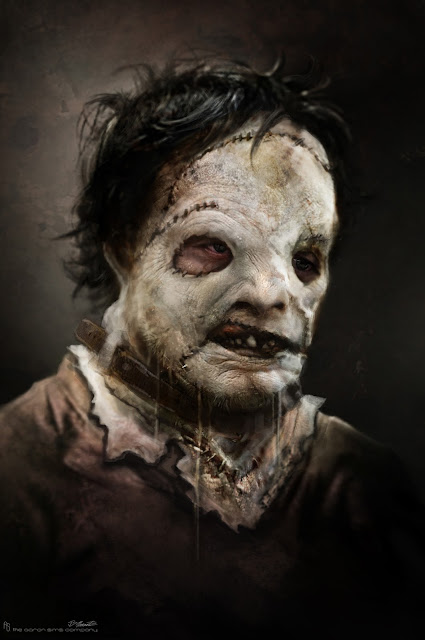 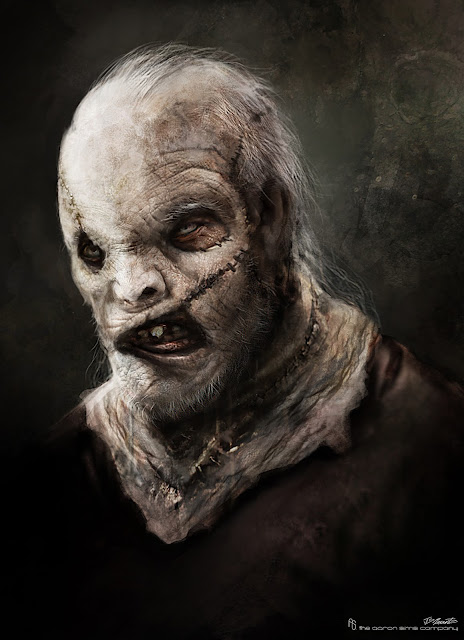