REVIEW: CARL PANZRAM: THE SPIRIT OF HATRED AND VENGEANCE 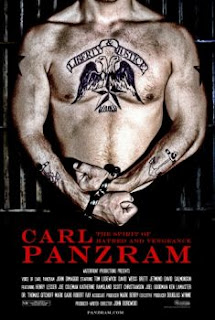 In this older post, I discussed the memoirs of a man named Carl Panzram. For those not familiar, he was a sociopathic killer from the early 1900s who spent most of his life either in reformatories or prisons. His non-institutional exploits took him all over the world, and he claimed responsibility for over twenty murders, as well as robberies, rapes, assaults, arsons, and over one thousand acts of male sodomy. While incarcerated, he began writing down his life story, including every (or nearly every) crime he ever committed. What resulted from those was an extremely valuable and insightful memoir, which should be required reading for students of true crime, psychology, and sociology; it’s the most openly intimate account of a killer's life in existence. And not only does Panzram spare no details of his crimes, he laments the fact that he is a product of society, and of an abusive and dismissive upbringing. Within the pages of his memoirs, he is telling you, me, and society itself, how to avoid bringing about another Carl Panzram. It’s one of the reasons it remains a dark but celebrated piece of material, even as it nears 100 years old. To read the book yourself is to know that Panzram isn’t trying to pass the buck, and he’s not trying to gain your sympathy. Because simply put: Fuck you. He’d kill you if you were in front of him, because he knows that if you were reared in the same society as him, you’re not worth a damn. Panzram never declined responsibility for his crimes, and he, by his own admission, never had a desire to reform himself. All he really wanted was to teach society a lesson – one they’d never forget.

His most famous quote remains:

Enter documentarian/filmmaker John Borowski. Previously responsible for documentaries on other early 20th century serial killers H.H. Holmes and Albert Fish, Carl Panzram: The Spirit of Hatred and Vengeance explores the titular killer utilizing interviews with those who have studied the man, his crimes, and even one particular man who knew him perhaps the best of anyone: Henry Lesser.

Lesser, at the time, was a young and idealistic prison guard in a Washington, DC prison where Panzram was remanded at that time. He was also the catalyst for what can be described as Panzram’s reputation as a cult figure. It was at Lesser’s urging that Panzram put pencil to paper (sneakily passed to Panzram’s cell in small increments, as such materials were considered contraband) to tell his life story. The few pages at a time Panzram wrote were soon assembled into a manuscript that would then take forty years to see publication, as most publishers simply did not want to be associated with the material.

Lesser, in an archival interview from the 1980s performed by San Diego State University, is one of the several experts to contribute to Borowski’s documentary. Additionally, the documentary utilizes Panzram’s original handwritten documents, which Lesser had kept in his possession for years before donating them to San Diego State University, as well as prison photographs, a handful of items used in Panzram’s execution, and modern-day footage of the places where Panzram lived, murdered, and died. 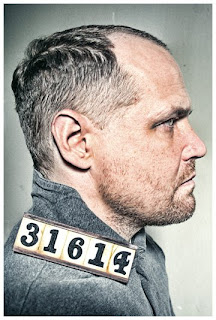 A five year odyssey that began as far back as 2007 has resulted in a fantastic and comprehensive documentary on one of the most hardened men who may have ever lived. Borowski crams as much essential information into this documentary as possible, and it never fails to be interesting. His assembly of interviewees with different backgrounds and pedigrees bring a wide range of perspectives and insights on a man whom I can only assume never dreamed he would still be a topic of conversation more than eighty years after his death.

In what may be the wisest decision made on the part of the documentary, Borowski obtained the participation of John Di Maggio, who has worked as a voice actor for the last 25 years (most famously voicing Bender in "Futurama" and a few other robots in the newer Transformers projects).  His incredibly raspy, Lance-Henriksen-sounding voice brings the perfect timbre to Panzram’s memoirs. His words come to life, and when recited with unrestrained anger, make them much more powerful.

Speaking of Panzram's words, the choice to forgo using a more traditional narrator was vetoed in favor of using text lifted directly from Panzram's memoir, retaining that first-person perspective. Because of this, his presence is consistently felt from the first minute until the last. Using Di Maggio’s voice over, Borowski weaves a tapestry of photographs, interviews, and reenactments to construct a truncated version of Pangram’s life story. The more significant and even anecdotal bits of Panzram’s past (he once robbed William Howard Taft!) are included here, as are the more vicious excerpts from Panzram’s memoirs.

Borowski is also objective enough to allow his interviewees to contradict each other: One interviewee emphatically states that a child raised in a loving and nurturing home would grow up to be a loving and nurturing adult (which he prefixes with “fact”) – ergo, Panzram's claims of the abuse he suffered at the hands of his father and other siblings leading him to his murderous life are valid – while another interviewee claims that it wasn’t this abuse, but any number of reasons including possible brain damage, or simply being born that way, that caused Panzram to commit the crimes he did, even stating that Panzram's other siblings all growing up to become productive members of society. Further, this same interviewee alleges perhaps the most interesting question raised in the documentary: Did Carl Panzram really commit every crime to which he laid claim? Did he really burn down juvenile detention centers where he was remanded, or kill over twenty people, or commit 1,000 acts of sodomy? Did he really smash in the heads of children with rocks, or kill men and feed their carcases to alligators? She asserts that contradictions arise from his writing, and Panzram’s own delusions of grandeur are clear signs he is building himself up into something more murderous and virtueless than he actually was. This claim is based on the idea that a serial killer’s main thrill is to feel powerful—so what better way to feel powerful then by tacking on dozens of murders and hundreds of crimes, knowing that his history of using aliases when being arrested would make his past near-impossible to trace?

One thing is definitely for certain: His last will and testament really did bequeath his "carcass" to a dog catcher in Minnesota – to provide meat for the dogs – as well as a curse to all of mankind. 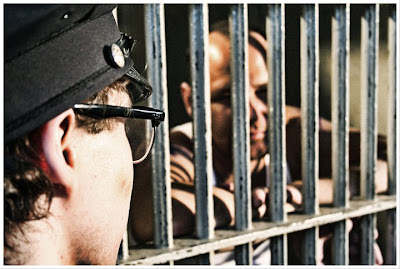 My only real point of contention with the documentary is the use of reenactments. To me they seemed erroneous, and at times even distracting. For a few sequences, the on-screen reenactment actor playing Panzram would exchange dialogue with another “character,” over which Di Maggio’s voice work would be dubbed. In a few instances, this works just fine, but in others, it doesn’t. Other scenes reenacted come across as rather hammy, including a quick silhouette shot of one of the many acts of sodomy to which Panzram alleged. These reenactments are akin to something you would see on the History Channel (maybe not the sodomy), and in some cases aren't even quite as effective.

But calling out the inclusion of these reenactments feels like sour grapes, as they’re a cosmetic complaint at best; the documentary presents a lot of valuable information and brings new insights to this fascinating man and is barely hampered by these narrative scenes.

If you're intrigued by this dark individual – if you’ve read the book and even seen the movie – I don’t think I have to tell you that this documentary is essential viewing.

Copies of Carl Panzram: The Spirit of Hatred and Vengeance are available only through John Borowski’s website, and the first one thousand units sold will be limited editions featuring the filmmaker’s autograph as well as postcards of Panzram’s mug shot and signature.