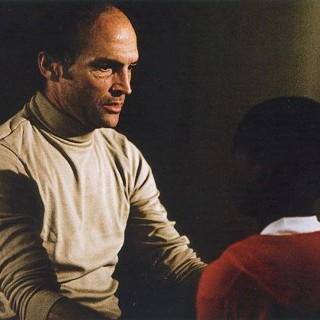 His name might not be household by nature, but the mark he left on the horror genre was undeniable.

The man whose name you might not recognize is Danny Steinmann, and he was responsible for the sleaziest, but perhaps the most fun entry of Friday the 13th - that of The New Beginning. (Yes, the one with the copycat killer.)

While the Friday the 13th brand is not one lauded for its contributions to high art, I think it's safe to say that Steinmann's entry was the first to fully realize the sleazeball environment in which those films thrived. It was The New Beginning that eschewed any attempts at psychological fear and went right for the throat. It was the first and last attempt to merge Jason Voorhees with a grindhouse aesthetic - a genre in which Steinmann was more than comfortable working.

It's safe to say that Steinmann's face will not be appearing at the annual "In Memoriam" roll call of the dead that the Oscars like to run every year, all so the rich 'n' famous can dictate via their applause whose corpse is their personal favorite. But beauty is in the eye of the beholder, someone once said, and one man's trash is another man's art. While calling Steinmann an artist is probably pushing it, the canvases he left behind are still celebrated today.

Steinmann is the second Friday director to leave us, the first being Jason X's James Isaac. (2012 has not been a good year for Friday fans).

Email ThisBlogThis!Share to TwitterShare to FacebookShare to Pinterest
Labels: danny steinmann, friday the 13th, in memoriam