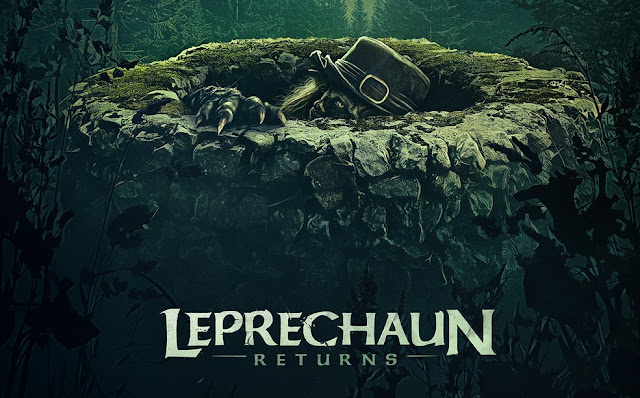 Despite rampaging through dozens of horror franchises over this long and broken life, I can’t say the Leprechaun franchise was ever one of them. Having seen and shrugged at the first film a couple times, I only ever saw bits and pieces of the next two sequels before stopping for the sake of my health. Unregrettably, I never followed Warwick Davis to space, or to the hood, or…back 2 tha hood. Except for the Puppet Master series, I’ve never cared less for a long-running horror fiasco.

With the series being softly rebooted several years ago (for television), and with Davis declining to return to the role for personal reasons, it seemed like the franchise was on its way into further obscurity. Still, with the announcement of the latest entry in this series, titled Leprechaun Returns, there was one thing about the production keeping my interest: director Steve Kostanski, one of several members of filmmaking/comedy troupe Astron-6. So far, these Canadian gents have been responsible for the horror comedies Father's Day, a send-up of satanic sex thrillers from the ‘70s, and The Editor, also a send-up, this time of the giallo sub-genre…and also from the ‘70s. To each production, they brought their appreciation for genre filmmaking (and its history), their absurd sense of humor, and—my favorite—their preference for practical effects over CGI. Kostanski served as director for both of those films, along with The Void, the troupe’s crowd-funded, non-comedic horror flick that served as an homage to the likes of Clive Barker and H.P. Lovecraft. Though I’ve remained ambivalent regarding the Leprechaun franchise for equally as long as I’ve known of its existence, I opted to give it a spin to see what Kostanski could bring to the pint-sized table. 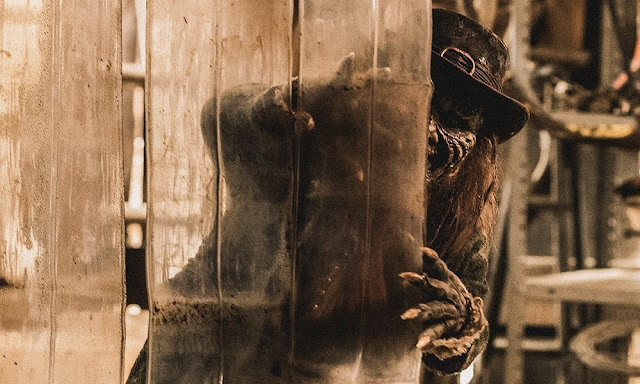 While I can’t say this is a flick I’d ever watch again, I fully admit to having a better time with it than I expected. After all, Kostanski was riding solo, not bringing any of his troupe members along for the ride, nor did he originate the screenplay (as that duty went to Ash Vs. Evil Dead screenwriter Suzanne Keilly). Despite that, Leprechaun Returns boasts a fairly consistent and dependable sense of humor, some of which rides an air of self-awareness with respect to the genre, the series specifically, and current culture at large. (Once you “get” the joke that a bunch of college students are trying to turn a small soon-to-be sorority house “green” (hey, like a leprechaun!), you will groan groan groan.)

Taking a page from the likes of Halloween ’18, Neill Blomkamp’s abandoned Alien 3, and the forthcoming Terminator: Dark Fate, Leprechaun Returns delouses the entire series and serves as a direct sequel to the very first Jennifer Aniston-having flick. Generally, this approach can bother series loyalists (to this day, fans are still hoping for a new entry in the Halloween series that directly continues the events of 1995’s Curse Of Michael Myers --  I’m sure Paul Rudd is achingly awaiting that call), but at this point it’s doubtful even the most die-hard Leprechaun fan is worried about such richly accumulated lore being discarded in exchange for a clean break. Solidifying this “direct sequel” approach is the return of Mark Holton, reprising his role of the slow-witted Ozzie along with a small reappearance by Jennifer Aniston…sort of. In addition, the original set—a house in the middle of a sandy nowhere—has been faithfully rebuilt.

Taking over for Aniston is Taylor Spreitler, who plays Lila…the daughter of Aniston’s character from the first film. Normally these sorts of moves are rife for eye rolls (the latest entry in the Tremors series, A Cold Day In Hell, pulls a similar move by introducing the daughter of Kevin Bacon’s character), but with Leprechaun, I’ll allow it, because this franchise exists within its own rules when it comes to suspension of disbelief. It also helps to create tension among the cast once Lila confesses within fifteen minutes of movie time that her mother was insane…but that she’s also seen a tiny leprechaun stalking around, so maybe her mother wasn’t insane. Spreitler isn’t your typical “final girl.” While she satisfies the requirements of being somewhat of a loner, not interested in the same kind of debauchery of her friends, and the only one with a backstory that offers her some additional characterization, she’s also keenly aware of how absurd their threat has become—especially once a familiar face returns to offer her some ghostly help. Leprechaun Returns frequently comments on the genre and overwrought movie making, nearly surrendering to certain tropes that we expect to see in movies of this type before noting—literally out loud—that, in fact, certain things are actually terrible ideas. It’s not exactly Scream-caliber commentary, but it’s appreciated all the same, and Spreitler offers the kind of dry delivery that’s required to drive this meta-approach home.

Linden Porco takes over for long-time series presence Warwick Davis and also for pro wrestler Dylan Postl, who appeared in 2014’s Leprechaun: Origins. Under all the heavy make-up (the Leprechaun gets an eerie makeover with a more Krueger-esque approach), and his voice disguised by a thick Irish brogue (and all the terrible puns), Porco seamlessly transitions into the role. Series die-hards will know the difference, but the more casual horror fan will neither notice nor care. 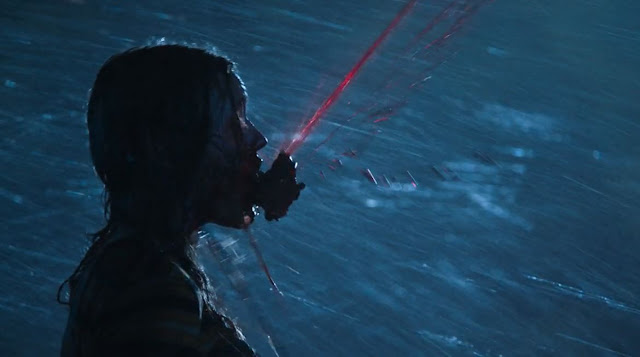 The real star of the flick is the reliance on practical effects. Except for a fiery third act and some very slight digital addendums used for touch-ups, Leprechaun Returns’ effects are done practically, bloodily, and very gooily. Despite having debuted on television for Sy Fy (a video release wasn’t even planned until the fans demanded one), the flick is gruesome and gives most theatrically released slasher flicks a run for its pot o’ gold. Kostanski’s background proves this was a purposeful choice, and along with some amusing nods to other horror properties (there’s a Jaws nod that is both stupid and charming), I feel vindicated in actually giving this new flick a chance.

As typical for a quiet Lionsgate release, there are only a couple special features included on the Blu-ray, one of which is an interview with Kostanski, who talks about his love of the genre but who admits to the Leprechaun series not necessarily being part of that love. He also talks about how he got involved as director after he was initially hired only for the make-up effects. The Blu-ray also includes some behind the scenes footage and a “still gallery,” which at this point in time is a special feature that can go away forever.

Leprechaun Returns isn’t enough of a triumph to cause a wild reversal and convert me to series loyalism, but I’m glad I watched it. It was good for a handful of laughs, a bigger handful of bloody carnage, and despite not being a fan of this series, the nods to the original still manage to work on that nostalgic level. Franchise fans will likely enjoy this, along with non-fans who still enjoy a bawdy, bloody, and broad good time.

[Reprinted from The Daily Grindhouse.]
Posted by TEOS at 12:11 PM