Except to a cineaste, the musical score might be one of the most important aspects of film that is consistently taken for granted. Tasked with both complementing the action on-screen as well as manipulating your emotions, film scoring is essential to creating an effective tone and generating the appropriate response from its audience, whether that response is fear, melancholy, excitement, or jubilation. Regardless of the actual film’s quality – whether great or ghastly – the score is the only component of the film that will live on in perpetuity in a separate form. Some of these scores stand head and shoulders above others and deserve to be recognized. This is one of them. 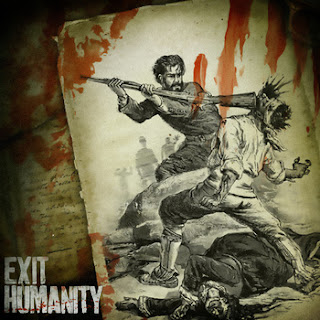 I can't shut the fuck up about Exit Humanity. I mean...I really can't. Sorry? (Although I'm not – I really really dug this film.) I can't help but heap praise on and enthusiasm for genre films that come completely out of nowhere and sucker-punch me with their awesome. Such is the case with this Canadian-lensed zombies-meet-the-Civil-War epic, narrated by Brian Cox and containing brief segments of hand-drawn animation. That's about where my review portion of the film ends – you can check out the above link for more on that.

I find that one of the major pitfalls of low-budget film-making is a supreme lack of resources when it comes to the musical score. Stuff composed on a synthesizer, and by someone who isn't quire ballsy enough to establish their own sound – you can hear that from a mile away. So when it comes to low-budget horror, I really only ask that the music just be serviceable. If I'm wanting for the actual film to be of decent quality – the story, the acting, and the directing – then I wouldn't allow myself to be so picky about the music. The way I figure: don't push your luck.

So when I hear music that's as beautiful as the score to Exit Humanity, composed by Nate Kreiswirth, Jeff Graville, and Ben Nudds, I just can't help but love it all the more. And I really do love this score – it might just be up there with Phantasm and The Fog as my most played. And that's pretty surprising, because so much of this score would sound right at home in a dramatic sweeping epic about war-torn lovers or some such mother movies, not a film in which faces get bitten off and zombs are shot full of holes. Naturally, since Exit Humanity does feature scenes of zombie attacks and other undead carnage, there are some tracks in there to jar and unsettle you, but the majority of these are something well beyond that. In a way, the score is genre-less – you can place any one track against any one scene in any one movie and they would work – and elevate – the actions and/or emotions on screen.

"Searching for Answers" is a foreboding track pulsing with heavy low piano that soon meshes with distorted and shrieking pulls on an instrument that I couldn't even decipher. Hands on cat-skin tom-toms back everything up and keep things moving while electronic warbling in the background fill in the eerie gaps. It's a pretty appropriate track to play alongside the film's protagonist waking up to discover his wife is dead and his son is missing.

"Seeking Family" dials down the horror and ups that gorgeous harp, which will drive this particular track, along with those sustained strings. With 45 seconds left in the track, it all falls silent, allowing the harp to solo before bringing it all back together again. (I sincerely hope that is a harp I am hearing, or else I am going to feel like an asshole every time I bring it up.)

With "Bitter Reunion," I hope by now you're noticing the vast collection of instruments that comprise this score, with a flute leading the charge this go-round. Unless you're writing background music for a fairy tale, or you're the feature film Titanic, the flute is very rarely relied on front-and-center when it comes to film music, and yet, here it is all the same. Once again, it's pretty, but also somewhat feverish at the same time.

Both "Looking Back" and "Moving On" revisit those same stirring strings and harp established in "A Fresh Grave." Once again, we're nowhere near horror territory here. The score exists not to give you the creeps or get your pulse going, but instead make you feel. I know! It's crazy! And in a zombie movie!

"Edward and Isaac Bond" is a superb fucking track, and the filmmakers must know it, because it appears mid-way through the film as well as a reprise during the cut-to-black end credits. This track sounds like no other in the film, driven by a banjo, of all fucking things, and it's one that builds and builds, layering in more and more instruments. It's a damn shame it's under two minutes, as I'd listen to an entire score based just on what's going on here. You can tell the second it begins that it's going in a direction completely opposite to where we'd been heading up to this point. If I were to listen to any one track on repeat, it's this one. Simply awesome.

The score takes a darker turn with "Enter the General," "Emma's Escape," and "The Witch." At this point, we're now facing our antagonists for the first time – a sort of Day of the Dead-ish band of military outlaws kidnapping the uninfected and exposing each of them to the zombie virus in hopes of finding a bloodline immune to the "scourge." Since we're in unfamiliar territory here, not only does the score get darker, but it adds some unorthodox approaches. Small trap instruments rattle in the background and make you think of small, scurrying rodents in the corners behind you. In fact, this is largely a percussive-driven series of tracks, along with those screeching strings, and all of it comes together to sound nightmarish and unnerving.

"Looking Forward" – there's nothing I can even say. To even try would make me sound like some kind of douche bag, and since I've been kind of straddling that line with this entire post, I guess I'll have to refrain. But...just gorgeous. A chorus of voices, those strings, the harp, the piano. Beauty personified. It's the stuff happy tears are made of. 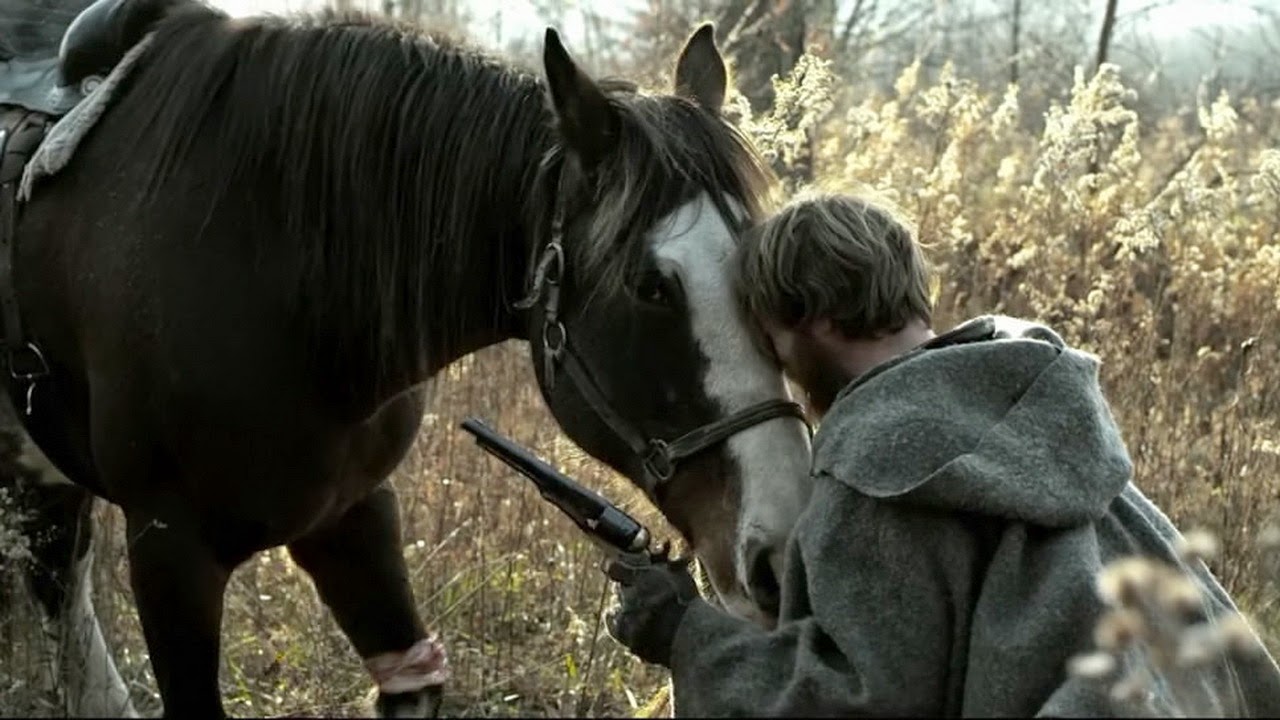 Parts One and Two of "Ashes on Waterfall" bring back that melancholy feeling in a big way. I suppose that's inevitable, since this sequence has our hero traveling to Ellis Falls to disperse his son's ashes, after remembering a promise to him that he would take him there...while he was still alive, that is. Still, this father wanted to make good on that promise, and so off he goes. This track and the next are likely the most beautiful, because it's here where the narration by Brian Cox is at its most poignant and uplifting. And you take all that and marry it to the pink and purple sun-skewed sky and the billowing landscapes filled with green trees and brown wheat, and yeah: film boner.

After a few more tracks that lend themselves to the dark and deranged, our heroes break free from their prison and take back to the zombie-infested forest. "Chase" sounds like something nearly out of Batman Begins. It's relentless, though it does break every so often for what could only be described as film-score improvisation. Great stuff, and yes, perfect chase music.

"Reunion/Ending" revisits all the themes previously established, and is again bolstered by the powerfully affecting voice of your narrator Brian Cox. I even have this track ripped from the blu-ray and it appears dead last in the album. The music by itself is amazing enough, but the "farewell" of sorts using Mr. Cox's voice-over transforms it into something else entirely. I actually wish they'd release a version of the score that contains the film's voice-over. Even without the visual components of the film, the voice-over tells one complete story – like listening to an audiobook that happens to have exceptional music.

Much like the film itself, the score to Exit Humanity kinda comes out of nowhere. It's easy to read a one-sentence synopsis for the film and based on that, deduce what kind of garish death metal or keyboard-slamming music you're about to receive alongside it, but you'd be wrong. So pleasantly horribly wrong.

Grab the complete score (and how often does that happen?) for Exit Humanity right now from the composers' bandcamp page. And tell Nate I said, "hey, man."