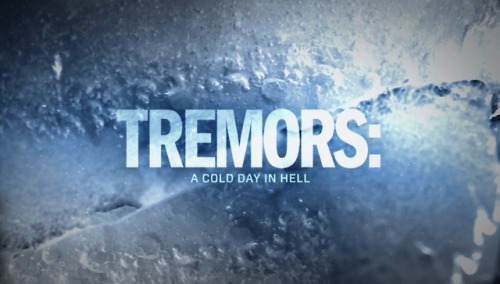 Ever since the screenwriters of the original Tremors, S.S. Wilson and Brent Maddock, left the series following the direct-to-video Tremors 4: The Legend Begins, the Tremors series hasn’t felt remotely like it used to. It’s still surprising to me that a modestly successful film from 1990 about a series of prehistoric, blind, and carnivorous worms living in the desert of Arizona was a concept ripe enough for exploration in FIVE more films, but, if a horror franchise has legs, it will never go away.

And if you think Tremors 6: A Cold Day in Hell will be the last word on the subject — even if it’s the worst entry so far —  think again. 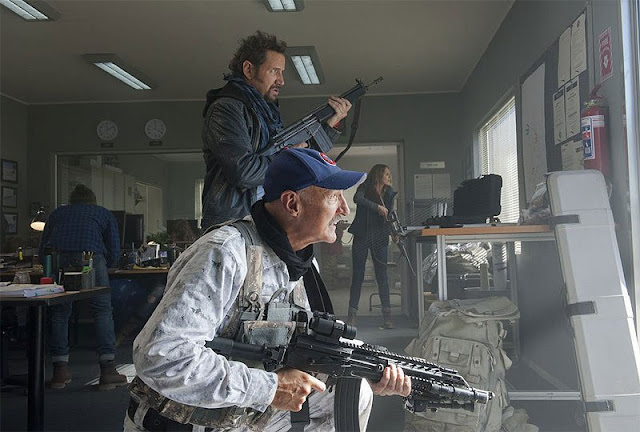 Despite the series going direct to video immediately with its first sequel, Tremors II: Aftershocks, it managed to maintain at least the spirit of the original along with its sense of fun, if not its magic. It goes without saying that every sequel to follow isn’t a patch on the original, but Tremors II: Aftershocks, Tremors 3: Back to Perfection, and Tremors 4: The Legend Begins at least felt like they belonged to each other, even with the fourth film being a prequel that had Michael Gross playing an old West descendant of Burt Gummer. Tremors 6, basically Tremors 5: Bloodlines – Part 2, continues the wrongheadedness of the series by maintaining Burt’s clearly Ash-inspired irascibility and pomposity and, regrettably, keeping Jamie Kennedy’s generic son character in tow. In fact, Gross has taken Burt’s sheer unlikability to new heights — no longer just a gun-toting but lovably conservative cartoon, he’s actually downright unpleasant, barking orders and hurling insults with such forcefulness that first-time viewers to this series would wrongly assume this is what made the character so popular: being an asshole. (Burt's journey to obtaining full Ash is now complete.)

To its credit, Tremors 6 stretches its budget as much as it possibly can, keeping the Graboids and Assblasters off screen for most of the running time, instead relying on air pistons firing cascading dirt into the air or feigning shaking sets as a John Williams JAWS theme-like sign of their unseen presence. And when the prehistorics do make their appearance, the CGI is very okay — somewhere between Weta and Sharknado. Storywise, it also tries out a couple new twists in an effort to keep things feeling fresh, even if it removes a major character from the finale, rendering it a little toothless. (And finding a way to shoehorn in a character who is supposed to be the daughter of Kevin Bacon’s Val from the original film not only reeks of fan service but it’s utterly unrealistic. The script also finds ways to make jokes about how Val is/was a terrible father, none of which land.) 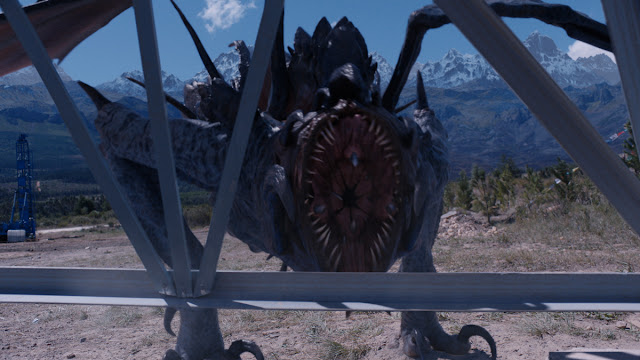 Director Don Michael Paul has made a career of helming direct-to-video sequels to Kindergarten Cop, Jarhead, Death Race, and yes, he also made Tremors 5: Bloodlines. His style doesn’t entirely mesh with the aesthetic that the Tremors series has established up to this point, too often relying on handheld camera to up the “tension” — you know, tension in this movie that has monsters called Ass Blasters. Though the tricks used to skirt the budget often are laudable, sometimes, they also show through. (I’m fairly certain the opening sequence that’s set on an icy, snow-covered tundra was actually just filmed in a desert and color-timed to all hell, making the sand look white and the actors look blue.)

Whether you asked for it or not, there’s now a Tremors 6 — aka the prequel to Tremors 7: Shaky Ground, and probably Tremors 8 Everyone. It offers a modicum of mindless entertainment, depending on your patience for insufferable characterization, and I’m actually impressed that a PG-13 movie has this many heads and other body parts strewn all over the ground. Besides, we all know if you bothered to watch every Tremors entry up to this point, you’ll watch this one, too.

You're part of the problem.