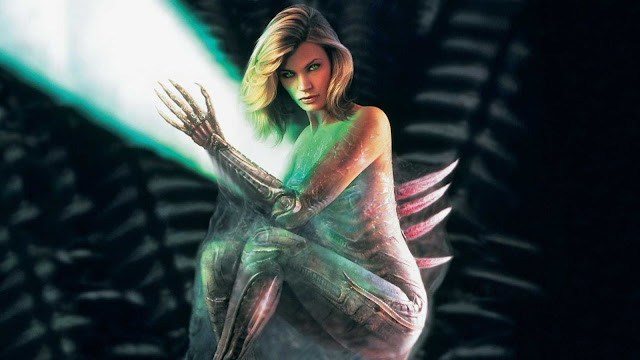 Of all the films to have ever been financially successful, Species is not the first title that comes to mind. Essentially a film akin to cheeseball directors Fred Olen Ray (Bad Girls from Mars) or Jim Wynorski (Not of This Earth), but with an A-list cast and released by a major studio, Species was that film back in 1995 that made the female demographic roll their eyes and say, "That's that movie where that girl walks around topless the whole time," leaving their male counterparts to chuckle their best Beavis & Butthead chuckle and say, "That's why I want to see it!" Whether you like it or not, Species made bank while also inexplicably starring Ben Kingsley, Alfred Molina, and Forrest Whitaker. Normally I'd also throw in Michael Madsen to bolster my point, but then you'd think of the current Michael Madsen and go "So?" instead of the Michael Madsen of 1994, who was pretty respectable.

Species was a box office doozy in 1995, and it's actually kind of surprising it would take three years for Species II to rear its alien head. What isn't surprising is how bad it is, and by now I believe that's achieved common-knowledge status. Amusingly, there is exactly one critic's pull-quote on the current home video release:

And even that's a lie.

Maybe they were great special effects in 1998, but in 2016, sorry—today's soda commercials, literally, have better effects. It's tempting to believe that it's H.R. Giger's alien designs being celebrated, not the jokey MS Dos visual effects, but being that his creations receive roughly four minutes of screen time in the finale, what's likely being celebrated are the shameless close-ups of blown-off heads being digitally reformed by alien magic. 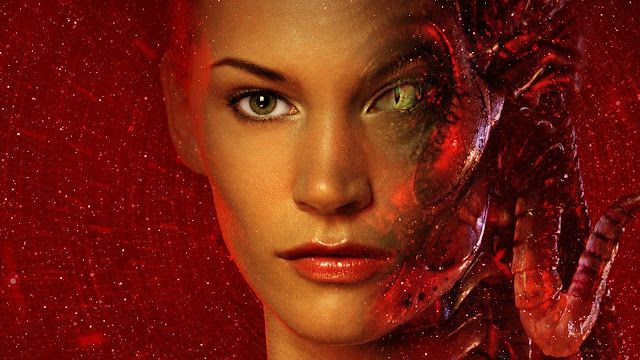 Species II was somehow directed by Peter Medak, a cult director perhaps best known for The Changeling and Zorro: The Gay Blade (and The Ruling Class, a personal favorite). His sly sense of humor is evident throughout, which is pretty much the only thing that makes it watchable. (The film opens with our astronauts floating around space in their vessel covered in sponsor logos [Miller Lite! Pepsi-Cola!], as if suggesting NASA had to sell out and go elsewhere for funding.) Medak might not have been the only person involved in the production who knew how stupid the film was, but he makes his near-disdain for it the most obvious. (Spoiler alert: in the film's finale, the bad alien literally mouth-fucks the good alien to death. You know, for kids!)

Film Fact! In Species II, James Cromwell plays Senator Judson Ross and father to a man who will soon became an alien. He tells him, "You're a Ross. Act like it." In Oliver Stone's W., James Cromwell plays Congressman George H.W. Bush and father to a man who was probably an alien to begin with. He tells him, "You're a Bush. Act like one." Ergo, we are forced to conclude that W. is a big budget remake of Species II—and like most other remakes, ain't as good. For the first entry in the Species saga to go direct-to-video, gone are the established directors, reasonable budgets, the alien designs by H.R. Giger, and except for the opening five minutes, Natasha Henstridge. Instead what we receive is a silly plot recycled from—of all things—Re-Animator, a handful of tepid performances, and a plot that, somewhere—perhaps on paper—makes sense, but doesn't within the course of the film. Also sadly gone is former director Peter Medak's wry sense of humor, while newcomer Brad Turner instead makes the error of trying to take all this sexy alien nonsense way too seriously. He shouldn't have, as I can assure him, no one else is.

Our lead alien-dealer-wither, Dean, is played by Robin Dunne, who seems to have built himself a tidy career in the direct-to-video sequel world, having also starred in Cruel Intentions 2, The Skulls 2, and American Psycho 2. They are all bad, just like Species III is bad. And he is bad in them. 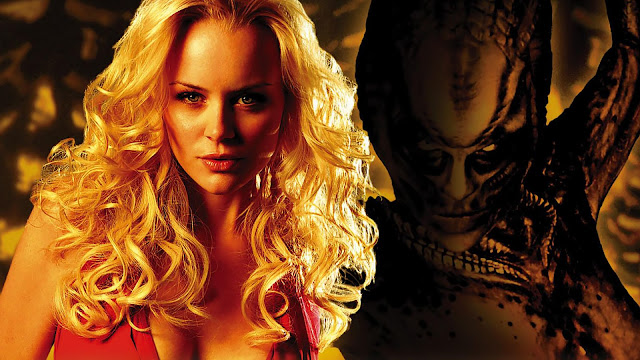 Considering the Species franchise is built on one very silly and shaky premise—hot alien babes trying to get knocked up—it was inevitable that an installment finally go full gonzo to create a majestic train wreck. Species IV: The Awakening is that installment. At first appearing to be the most serious of all the Species films, that soon devolves into alien babe nuns, mutant taxi drivers and hotel concierges, and apparently the most dangerous and alien-slimed town in all of Mexico. The acting talent pool sees a series-low, and for a film that looks to have had the lowest budget yet, the constant insistence on utilizing visual effects it can't afford soon becomes a thing of amusement. There are exactly two reasons to ever sit through Species IV: The Awakening—the astoundingly gorgeous Helena Mattson as the new alien babe, and the ludicrous and awkwardly choreographed fight scene between the two alien costumes during the finale. Picture the early Toho Godzilla films, which saw two mid-sized dummies flailing their lifeless plastic limbs at each other, and you're nearly there. The performers ensnared in these suits can barely move, let alone have a convincing fight, and it will give you a serious joy-joy feeling to see it unfold.

This might be a point I've made before, but I'll make it again because it's still relevant: We live in a world where all of the Species films are now on Blu-ray, but not all of William Friedkin's films are on DVD. Think about that as you watch sexy alien girls tearing off men's flesh and walking around in slime, or nothing, or slime/nothing, and wonder if it's really worthy of the newest home entertainment medium.