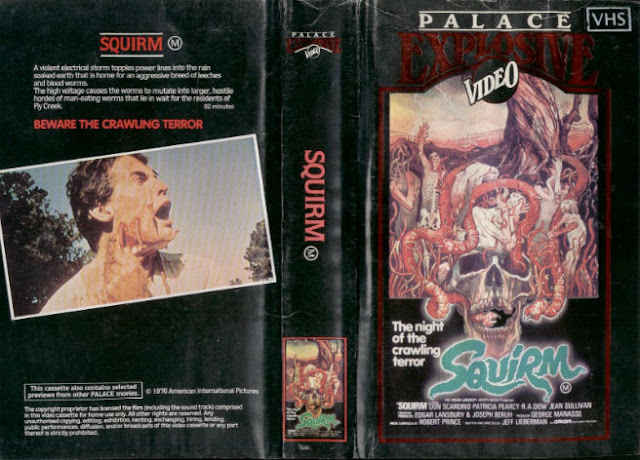 Still, it's a rarity when you can watch a film that's been skewered by the MST3K crew, but without MST3K, and still have a moderately enjoyable time. (Have you tried watching Manos: The Hands of Fate or Santa Claus Conquers the Martians without them? Terrible.)

The thing about Squirm is that it has killer worms. These worms can crawl out from nowhere--your egg cream, your shower head, your old neighbor's chest/stomach/entire body--and they will horrify you. All they want to do is get in your brain and make you act like a worm, aka, kind of a dick. 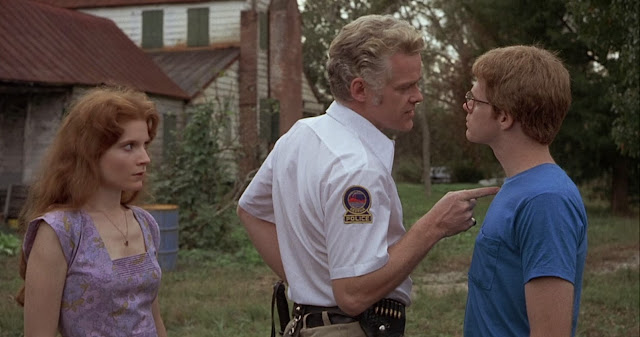 Squirm was the first of only five films (so far) by celebrated cult director Jeff Lieberman (his best, Blue Sunshine, still remains his most underseen), but was a pretty telling sign of things to come in his filmography--first and foremost, a dedication to and passion for the horror genre, with an emphasis on thrills more visceral than psychological. Lieberman deserves a lot of credit for saying, aloud, "I want to make a film about killer worms," and managing to find a whole crew of people willing to go along with that. I think it goes without saying that Squirm isn't a "good" film, but it's certainly an entertaining one, containing a detectable amount of charm, strengthened by the filmmaker's pragmatic attempt at maintaining a certain air of sincerity amidst all the silliness. The added implication that one character becomes infested with and subsequently possessed by some pissed-off worms definitely adds an understandably surprising layer to an already silly film.

If I really wanted to stick my head all the way up my ass, I suppose I could begin philosophizing on the intention behind the character of Mick, scarlet-lettered with the label "city boy," bussing into the sticks to visit his Georgian girlfriend at the same time the worms get electrocuted and start going crazy. What, exactly, is Lieberman trying to say with that aspect? Will the merging of sensibilities between north and south threaten the destruction of the union? Hasn't that...already happened? Is Lieberman trying to say it could very well happen again?

I mean, it probably could, but no. Just focus on the killer worms. They get in your brain and make you act like a worm. I'm 95% certain that's all that was intended. 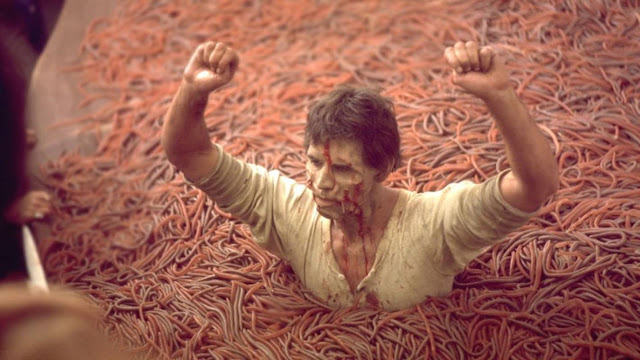 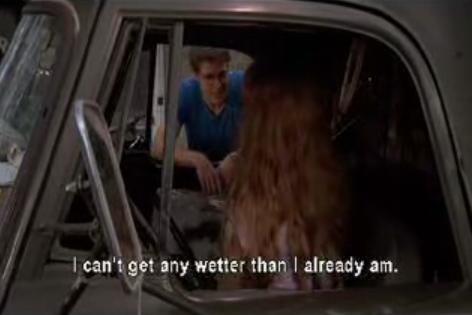