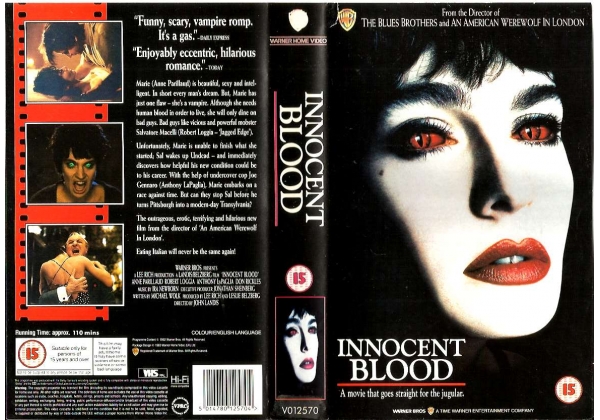 I don’t think John Landis is capable of making an out-and-out horror film free of black humor or whimsy. And that’s not to disparage the filmmaker at all, but when you look back over his career, it’s amusing to see he’s first known as a horror director, even though he’s only made a handful in the genre, and all of them are horror/comedy hybrids. Considering he’s the mastermind behind comedy classics like National Lampoon’s Animal House and The Blues Brothers (a top-five title for me), it’s not surprising to see Landis can’t help himself but look for the absurdity in the concepts behind his horror titles and magnify them to stand head and shoulders with the terror. 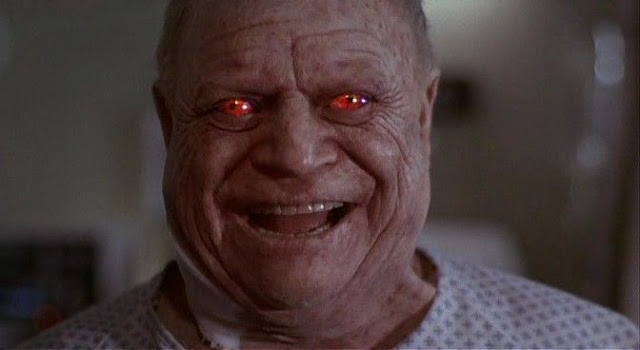 Despite Anne Parillaud’s shaky performance as Marie (the actor struggles to convey the right emotional beats through her heavy accent), she’s well cast as the vampire seductress because of how unassuming and atypically beautiful she is. Anthony LaPaglia as Joe does a serviceable job as the half-cop/half-mobster, but really, Innocent Blood is all about the bad guys, boasting mafia-film fans’ wet dream of a cast. Lead baddie Sal “The Shark” Macelli is played by none other than Robert Loggia (Psycho 2), who appears to be having more fun playing a bastard vampire than he did dancing with Tom Hanks on a giant keyboard. Joining him is the inimitable Chazz Palminteri and pretty much half the character actor cast of The Sopranos.

Innocent Blood is violent as hell — the scene with a recently-vampirized Don Rickles in his hospital room is still impressive all these years later, rivaling the infamous transformation scene in An American Werewolf in London. But despite the bloodletting and violence, Innocent Blood is often very funny — from the vaudevillian reactions to the ironic soundtrack to the most terrorized wife in all of cinema (played by Elaine Hagan). And of course it’s very funny…it’s a John Landis film.

Innocent Blood is one of Landis’ least heralded films, but it doesn’t deserve that whatsoever. Far better than some of the director’s other works (Beverly Hills Cop 3: yeesh…), it’s worthy of a reevaluation by horror fans and Landis fans alike.