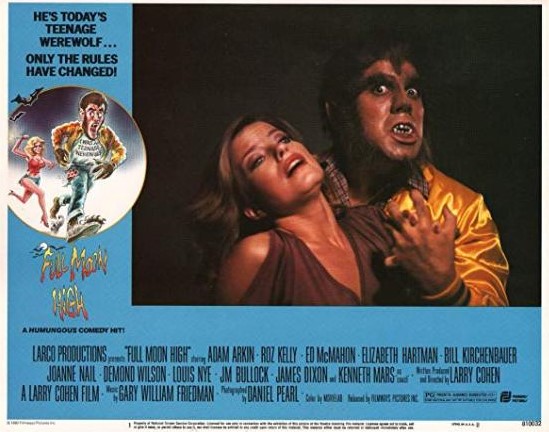 New York filmmaker Larry Cohen was a friend to the genre for a long time, having written not just one but two trilogies (Maniac Cop; It’s Alive!) and wacky, idiosyncratic satires like The Stuff — and this after having contributed one of the all time best blaxploitation titles: Black Caesar. Anyone familiar with the director’s background knows he was incapable of writing a straight horror experience — and that’s not a slight. There’s always a slight wink beneath his work, whether obvious or not so obvious. Such wackadoo concepts like killer frozen yogurt or a dragon nesting on a New York skyscraper kind of call for it.

And then there’s Full Moon High, a mid-career effort that falls much more squarely into broad humor territory, but still while riding a “horror” concept. (I should really mention that this teen-centered comedy about a high school jock becoming a werewolf predates Teen Wolf by a full four years.) Full Moon High is the kind of exhausting comedy where almost every line of dialogue is meant to garner at least a smirk, and star wolf boy Adam Arkin (who would achieve more recognition in his adulthood for his role on Chicago Hope, but whose work in Halloween: H20 as "the boyfriend" has been criminally overlooked) rattles them off one by one with detectable disdain. 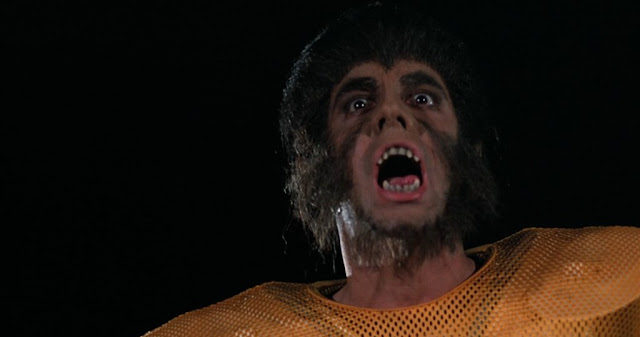 Full Moon High is also the kind of comedy where the humor isn’t terribly subtle, and very broad archetypes are played out with the kind of cringe-inducing manner that comes from gags that were allowed to be funny thirty years ago, but which now would be filed under offensive. (The very broadly gay son of Tony Walker’s high school sweetheart is so on the nose that it nearly qualifies as hate speak.) There’s also an overblown “fear” of communism and Russian culture that is either purposely or satirically curated; either way, the most current Presidential election notwithstanding, it’s not an aspect that has aged well.

I generally don't like horror comedies or spoofs when they're this comedic or spoofy, but Full Moon High isn’t a trainwreck and fans of broader humor will probably find something to enjoy with it. 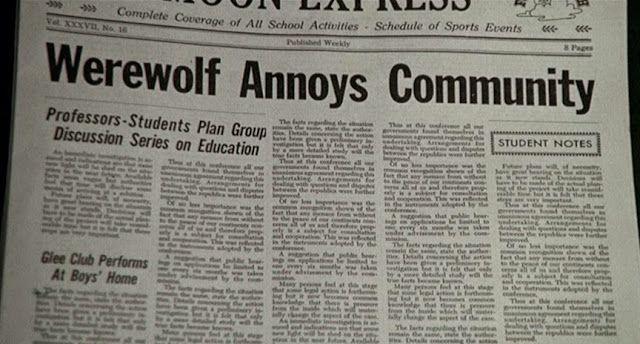