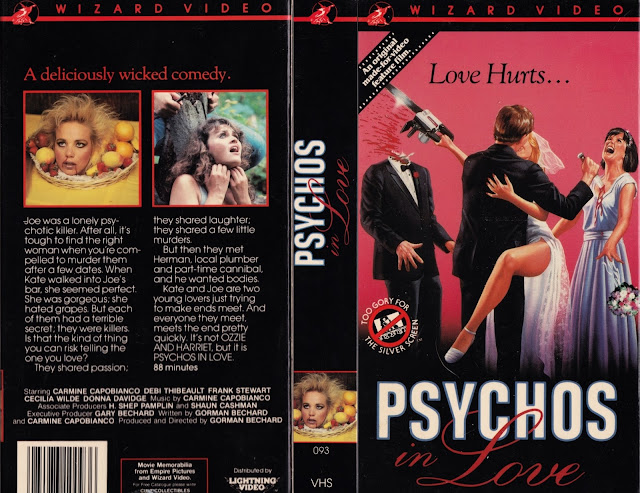 Right off the bat it’s clear that Psychos in Love is operating on a nearly non-existent budget. Somewhat shot to look like a documentary (sometimes, anyway – director Gorman Bechard seems to play fast and loose with this concept and what’s supposed to be documentary footage vs. narrative gets a little lost), Psychos in Love’s full-screen presentation with basement level audio (high-def presentation aside) complements the mostly true-life nature toward which its striving. Black and white interview segments with its lead psychos lend itself to this docudrama look very well, and also help to set the tone pretty quickly.

Psychos in Love begins on shaky ground as the audience has to take a step back and realize they’re not about to witness an A-list, even modestly budgeted genre flick. Everything is very raw, and there’s an obvious DIY aesthetic throughout, but the performances by our leads are very naturalistic. What might be most surprising about Psychos in Love is how often the comedy works, and that sounds like a dismissive thing to say about a film that bills itself as a horror-comedy, but so very often the words “low budget” and “horror-comedy” only lead to pain. As one might imagine, the comedy often lends itself to the dark and morbid, but sometimes the film takes a step back and rests on older, broader comedy. The marriage scene leans on Abbot and Costello’s most famous routine, but still manages to wrench some honest laughs out of it, and there’s an even better scene set at the bar where psycho Joe is having a duel conversation with both psycho Kate and a random Asian man in the back of the action – one of those “how long are they going to keep this bit going?” kind of things – and it left me pretty tickled. 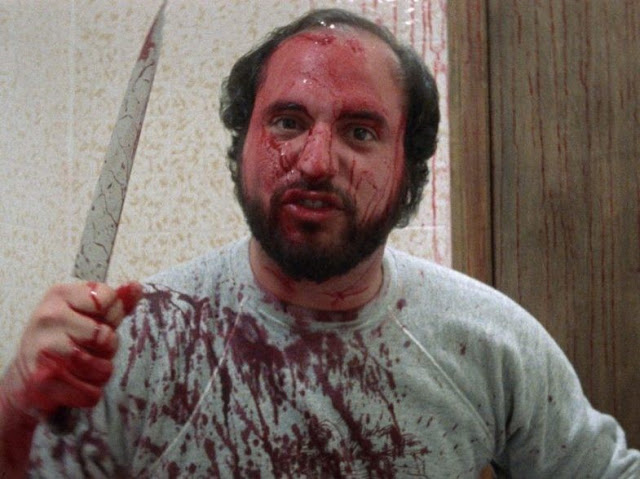 Above all Psychos in Love does manage to be sweet on top of the murder and mutilations (and there are plenty of those), and leads Carmine Capobianco (also the film’s co-writer) and Debi Thibeault are easily likable, with Capobianco showing off a natural affability.

I have to admit, intriguing premise aside, I didn’t think I was going to enjoy Psychos in Love as much as I did. I’m a self-admitted snoot, and I tend not to go out of my way to see this level of low budget horror — and one that’s billed as a horror/comedy, forget it. Time and time again I’m proven wrong for this when I cross paths with something surprisingly well made like Psychos in Love.


For those of you out there lucky enough to be paired up with a horror-loving partner, Psychos in Love makes for the ideal date-night movie. Just leave expectations for a glossy production at the door.