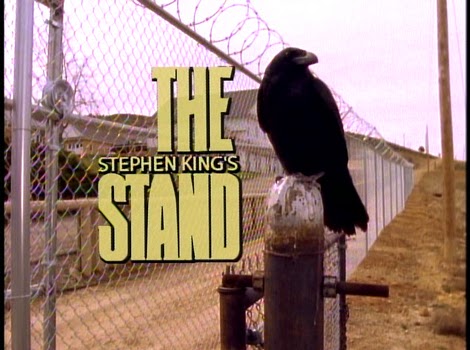 The Stand was a big deal when it premiered on television twenty-five years ago. Stephen King was still knocking out books and short story collections, and adaptations of his work had reached a fevered pitch. Between the start of the 1990s through 1994’s The Stand, eleven feature films or miniseries bearing the author’s name were released, among them Rob Reiner’s Misery, considered among the best thanks to Kathy Bates’ Academy Award-winning performance as the deranged Annie Wilkes. Back before the days of the multi-volume feature film, King’s longer novels were depicted in the miniseries format, and had seen success with Salem’s Lot, IT, The Golden Years, and The Tommyknockers (the latter which is currently being developed as a feature by producer James Wan). The man who brought King’s epic tale of good versus evil was director Mick Garris, who had previously collaborated with King on Sleepwalkers, and who would go on to collaborate with him again on titles like The Shining (1997), Quicksilver Highway, Bag of Bones, Desperation, and Riding the Bullet.

The Stand, about a super germ plague that wipes out nearly all of mankind, rendering the survivors to either band together or divide on the sides of good and evil, respectively, has been hailed as King’s masterpiece and is overwhelmingly considered the fan favorite of the author’s long career. Though there is a certain grisliness to the themes and some of the imagery, it’s been among the most accessible of King’s works while still falling comfortably into the horror genre. Depressingly, it’s only become more relevant since its publication; as the planet begins to see real and catastrophic changes from global warming, the reemergence of diseases that were long thought to be in remission, and obviously the years-long pandemic wrought by COVID-19, let’s just say post-apocalyptic stories are back in a big way. (Not to mention The Walking Dead has been ripping off The Stand for years.) 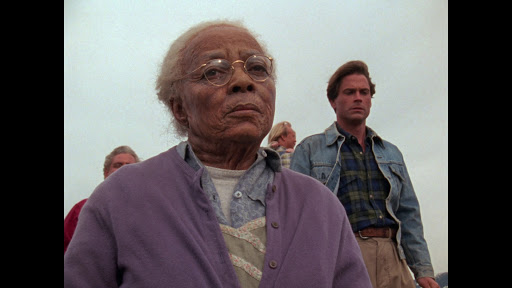 With King handling scripting duties, The Stand is largely faithful to the source material thanks to its six-hour running time while also preserving his voice. One of the most consistent and unique aspects to King’s writing can be simplistically described as his cornballism. He has a penchant for folksy writing and bad Dad jokes, both deeply rooted in the same kind of pure childhood haze in which Ray Bradbury used to excel. Most directors who adapted his work would find ways to level this cornballism, keeping it down to subtle levels or excising it entirely. Garris, however, doesn’t just preserve that cornballism but elevates it, rendering many of their collaborations as the corniest of all the King adaptations. (Quicksilver Highway and Riding the Bullet, the latter based on a short story from King’s Everything’s Eventual collection, are among the corniest.) The Stand is no different, and the cornballism shines through, from the characterization to the actors chosen to play them to the limits of a network television budget. Along with the corn, certain elements of the story have not aged well, including singer Larry Underwood’s mother telling him he “sounds black” on his latest single, to which the white singer responds by putting on a “black” voice and bellowing, “that brown sound sure do get around!” (We likely won’t be seeing this exchange in the forthcoming adaptation by Josh Boone for CBS’s All Access streaming service, considering the actor playing the new Larry is, indeed, black...but they’d be wise to reconsider. If nothing else, it would serve as an amusing homage to The Shawshank Redemption, in which Morgan Freeman’s Red tells Andy Dufresne that people call him Red “maybe because [he’s] Irish,” a verbatim line from King’s short story where Red was presented as a white character.)

The cast of The Stand is massive for a TV budget, not just in quantity but quality, and it features several actors who had worked, or funnily enough, would work on another Stephen King project at some point in their careers. In no particular order, the ensemble boasts Gary Sinise (The Green Mile), Ed Harris (Creepshow, Needful Things), Kathy Bates (Misery, Dolores Claiborne), Rob Lowe (‘Salem’s Lot), and Miguel Ferrer (The Night Flier, The Shining), not to mention a host of Garris regulars who appear frequently in his other works, like Shawnee Smith (The Shining) and Matt Frewer (Quicksilver Highway). Along with bigwig horror cameos from directors John Landis (An American Werewolf In London), Sam Raimi (The Evil Dead), and Tom Holland (Stephen King's Thinner), Garris and King also take small roles, with King forced to deliver one of the film’s most emotional moments and which he blunders gloriously. Naturally, despite its ensemble nature, The Stand primarily belongs to Gary Sinise, as his Stu Redman represents that typically American aw-shucks good ol’ boy who only wants to do good for the people that depend on him. Among these people is Frannie Goldsmith, brought somewhat controversially to the screen by Molly Ringwald (there was fan blowback following this casting choice, and her performance didn’t do much to make those fans eat their words). Jamey Sheridan does fine work as the all-denim Randall Flagg, utilizing his unusual features and his wide, Joker-like smile to full advantage, though his performance is occasionally undone by the awful monster make-up he’s saddled with during certain scenes. 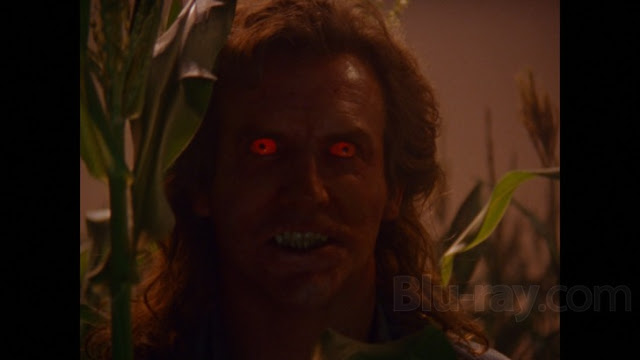 As is typical with most King works, The Stand’s conclusion is underwhelming, feeling rushed, unrealistic, and poorly executed. The “God’s hand” sequence is still laughed at to this day (deservingly), and is probably more infamous than the “wtf?” spider finale of the IT miniseries. After a five-and-a-half-hour buildup, the ending to this years-long conflict is handled too quickly and too cleanly, not giving any of its main characters time to resonate emotionally with the audience regarding their fates. Between its execution and the mere idea of God’s magical, glittery genie hand coming down from heaven to smack a nuclear bomb, it’s not the ending most people were hoping for, even if it’s loyal to the book.

The Stand is back, ladies and germs (get it?), and just in time. We’re not just in the midst of a King-aissance, thanks to the massively successful two-volume IT adaptation, but The Stand will be coming back to haunt a new generation in the form of Josh Boone’s upcoming take on the material, which premiers tonight on CBS All Access. Though 1994's version of The Stand may not be perfect, and it bungles the horror elements with some questionable effects and imagery, the drama of the story and the character interactions are enough to keep the viewer engaged.