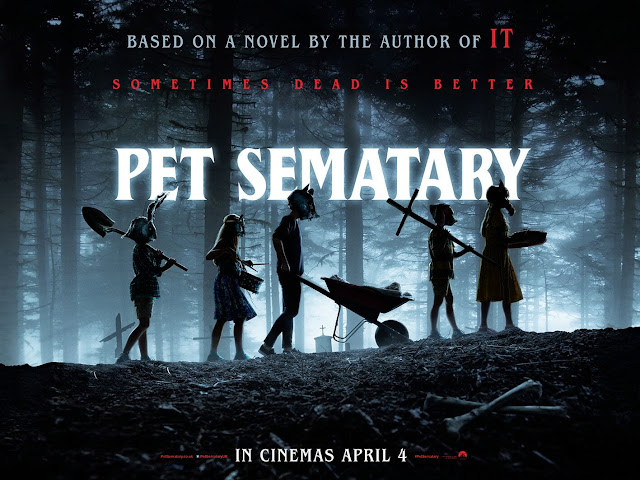 [Contains spoilers for the novel and both adaptations of Pet Sematary.]

A remake of Pet Sematary has been bouncing around Hollywood since 2006, ever since George Clooney and Steven Soderbergh attempted to produce it through their then-new company Section Eight Productions, which had also done Christopher Nolan’s remake of Insomnia. Clooney was even set to star as Louis Creed, patriarch and serial burialist of the Creed family. That, obviously, didn’t happen. But, after a decade of development hell, Pet Sematary has arrived, and…this is what we got.

Dennis Widmyer and Kevin Kölsch, the directorial pair behind the creepy and successful indie Starry Eyes, had their work cut out for them. Doing a remake is thankless. From the very beginning, you have two choices: stay faithful to the source material (King handled the screenplay for Mary Lambert’s 1989 take, so it’s nearly identical to the book), which will have people asking you, “Why bother?” (see: The Omen remake), or find ways to stay true to the spirit of the story while taking new chances. The danger with this latter approach is making changes that devout fans will see as arbitrary, but something about which the filmmakers can say, “See? It’s different.” Pet Sematary does this a lot—makes small, seemingly unnecessary changes. Yet, if you sat down with the redux for any five-minute segment without actually knowing what you were watching, by the end of those five minutes, you would know. It’s a familiar story with familiar characters, and certainly a familiar concept; Pet Sematary never strays so far as to become unrecognizable, but if you’re already intimate with the story, you can’t help but think, again, “Why bother?” 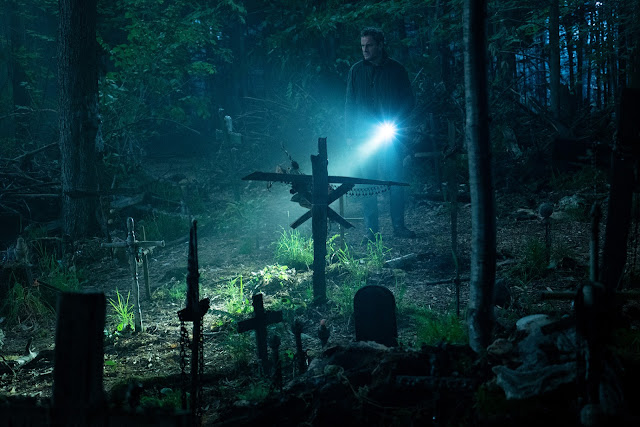 To its credit, Pet Sematary wants to include as much as it can from the novel that the filmmakers consider “essential,” but with everything vying for space, significant portions of these elements are spread too thin. Victor Pascow (Obssa Ahmed) is barely utilized, reduced to such a footnote that you have to wonder why the filmmakers felt compelled to include him; and despite a far more graphic head wound, complete with pulsating brain, the specter doesn’t come close to matching the former’s onscreen presence. Additionally, we’re robbed of Louis and Jud meeting for the first time, given the dynamic the two men will share and the things they will experience together; instead, we find that the men are already politely acquainted halfway through a throwaway dinner sequence. Weirdly, there’s a complete lack of acknowledgment regarding the connection between the existence of the pet cemetery and the very dangerous road that cuts through the Creed and Crandall estates, being that canon explicitly states the former exists because of the latter. Meanwhile, the Timmy Baterman story, one of the creepiest sequences from the original, is downgraded to a newspaper headline. The character of Zelda, the most terrifying part from the original and the novel, is reduced to a pile of rubber bones and limbs dropped repeatedly down an elevator shaft. (Seriously.) The mishandling of this character in particular is Pet Sematary’s worst offense.

From the first frame, even before a single “scary” thing has happened, Mary Lambert’s 1989 original adaptation oozes dread. You can feel that things will go very badly for the Creeds, and already your chest begins to tighten. For example, she knows everyone has read the book, and she knows everyone will be waiting with bated breath to see little Gage lose his life in the road. That’s why she, wisely, cunningly, even sadistically, introduces the Orinco truck several scenes before the final encounter, because she wants to milk that suspense for every ounce, interrupting a happy-go-lucky picnic more than once to cut back to the truck speeding down the road toward them. Now, when the Creeds 2.0 pull up to their new rural home, you already know bad things are going to happen—not because of any induced dread, but because you’ve experienced this story twice already, so no shit. Yet, there’s a complete lack of suspense or ominousness. The admittedly beautiful opening overhead drone shot of a burning house, which we all know to be Jud’s, is another immediate reminder that, yep, bad things are afoot, but it still doesn’t quite help stoke those brooding fires. Nor does the surprisingly lifeless score by Christopher Young, who ordinarily dominates the horror genre. 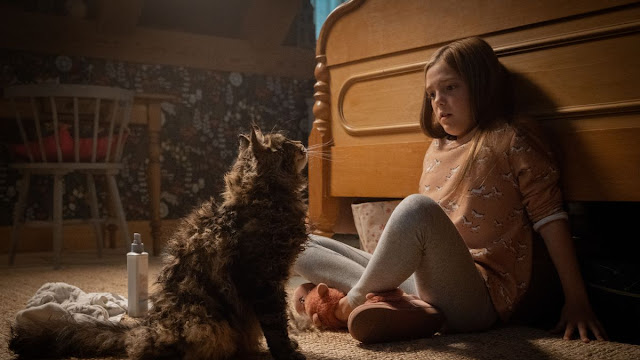 Pet Sematary makes the same mistake as another high profile remake, Rob Zombie’s terrible Halloween: whenever the filmmakers deviate from the story audiences know and love, you can feel their spark, their interest, their excitement in exploring this new direction. But when leaning back on the mainstay elements from those same stories, you can feel their obligation to just barrel through and begin tackling all their material—to infuse the property with their identity, to put a stamp on a title that they’ve temporarily borrowed before sliding it back onto the shelf. Pet Sematary doesn’t fully come alive until, ironically, Ellie does—from the dead, that is. Obviously, this is the biggest change in this new iteration, as the filmmakers felt using Ellie as the resurrected child would provide additional pathos. With Ellie being older and in a position to understand what was happening to her, she could better echo those sentiments to her god-playing father, which was meant to boost the film’s philosophical look at death.

But what, ultimately, did we learn from this?

What we already knew from the novel and the original adaptation.

As for the ending, it’s dreadful; very strangely borrowing from Pet Sematary Two, it’s made even more frustrating by the fact that the alternate ending included on the home video release is far better—gloomier, more ominous, more satirical, and more tonally appropriate. The one that went to theaters was the stuff of Hollywood hokum, rendering whatever mature goodwill the film had achieved as kaput. Screenwriter Jeff Buhler says this is because they wanted the audience to leave with a smile, which seems like a bonehead decision, being that smiles don’t belong anywhere near Pet Sematary, a manuscript King found so vile that he shoved it into a drawer upon completing it, deciding it would never see the light of the day because he’d finally gone too far. 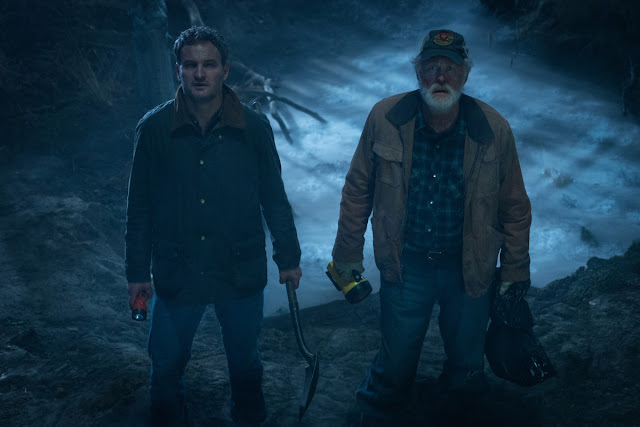 In spite of all the whining, Pet Sematary isn’t a bad flick, and there are several things lending to its favor. Ellie’s post-resurrection appearance is subtly but deeply unnerving; a drooping eye hints at major damage going on beneath the surface (that bathtub sequence…Jesus), and young Jeté Laurence is incredibly creepy in the role before the film falls victim to the pitfalls of the “evil kid” genre. After a while, she’s reduced to a pint-sized zombie kid using “scary” glaring eyes and coming a little too close to rattling off ironic Chucky-like threats. Amy Seimetz as Rachel is easily the film’s most interesting character, and Seimetz’s performance is a large reason why: she ably sells Rachel’s extremely mangled view of death, due to her childhood experience with her sickened sister, Zelda. Lithgow, too, does fine with the role of Jud Crandall, made iconic by Fred Gwynne, though he sheds Gwynne’s folksiness in favor of curmudgeonness. He also doesn’t even attempt a New England accent. (Not a single a’yuh! What gives!) Lastly, there’s Jason Clarke—an actor capable of much more than the scripts he signs onto. It feels weird to say, but his take on Louis never reaches the same emotionally tormented heights of the original’s fairly unknown Dale Midkiff (whose “NOOOOOOOO!” is still one of the best anguished screams in cinema).

The filmmakers poke fun at their audience by presenting sequences they think they know, only to see they’re heading off in different directions. (Jud’s death is a perfect example.) Additionally, and I don’t know this for sure, but I’d swear they lifted audio from the original flick, borrowing one use each of Zelda’s screechy “RAAAAACHEL!” and a growl from an undead Church. There also several loving nods to King’s other works, one of which includes an off-screen Jud telling a guest at Ellie’s birthday party about a rabid Saint Bernard. Widmyer and Kölsch’s design of the deadfall and the Indian burial ground behind it is ripped right from the film cells of old fashioned monster movies like Frankenstein and The Wolf Man, depicted as dreamlike and different, since this part of Ludlow’s woods are meant to be evil and mysterious. As a concept, this is tremendous, though it suffers in execution from some surprisingly shoddy green-screen. 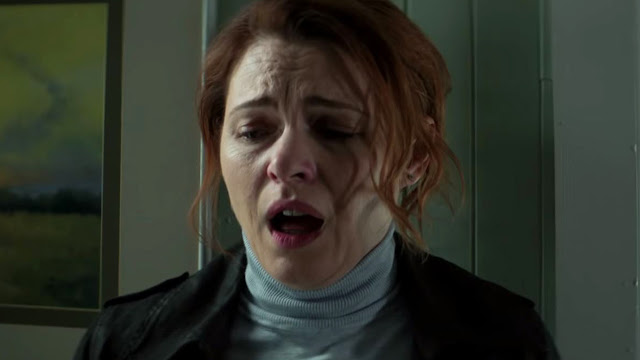 Paramount’s Blu-ray contains over 80 minutes of special features, including the before mentioned alternate ending, along with “Beyond the Deadfall,” which runs an hour in length across four different “chapters.” This supplement is rich with information and content, and goes beyond your standard EPK to delve heavily into the film’s genesis and production. (Stephen King does not appear.) Sadly, however, this is yet another studio release that lacks a commentary with the directors, and in its place are strange and very brief narrative pieces where several of the flick’s major characters have their own unique nightmares about the burial ground. Finally, we do get the story of Timmy Baterman, but in a weird one-man show where Lithgow, in character, sits down and presents the story as a campfire tale to us, the audience.

Far worse adaptations have come from Stephen King, and if you asked the man himself, even he would probably rank this new version of Pet Sematary above bonafide classic The Shining, an adaptation he never misses the chance to impugn. Even so, it’s ironic that Pet Sematary’s main conflict comes from “those damned Orinco trucks” speeding dangerously back and forth, being that this new version of the story is standing directly in the middle of the road.

Pet Sematary is now available on Blu-ray from Paramount Pictures. 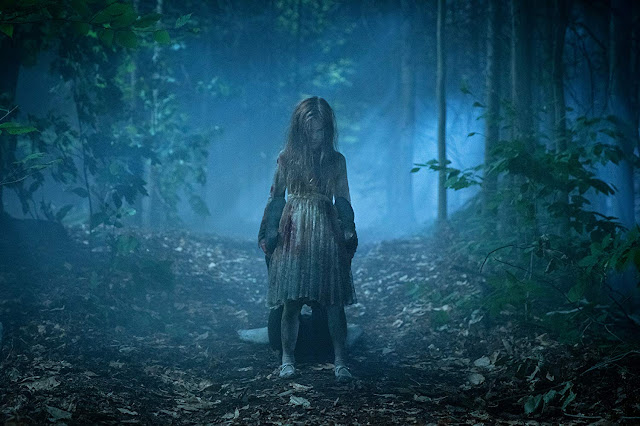