Face Eating Attack In China: Drunken Bus Driver Allegedly Bites Woman's Nose, Lips
A woman was allegedly attacked in Wenzhou, China on Tuesday by a drunken bus driver who chewed off part of her face.
A woman has been hospitalized in China after a drunken bus driver allegedly attacked her and began gnawing on her face.
The woman, identified as "Du," was driving near a bus station in Wenzhou on Tuesday when a man ran into the street, blocking her car. The man, a bus driver identified as "Dong," allegedly climbed onto the hood of Du's car and began hitting the windshield, according to the Malaysia Chronicle.
Du got out of the car, and allegedly Dong tackled her to the ground, where he began chewing on her face, according to Shanghai Daily. Witnesses say they attempted to pull Dong off of her, but were unable to do so.
Dong was ultimately stopped by police, What's On Dalian reports. Officers say he had drunk around 1.75 ml of strong liquor prior to the incident.
Doctors say Dong did enough damage to the woman's face that she will need plastic surgery to repair her nose and lips. 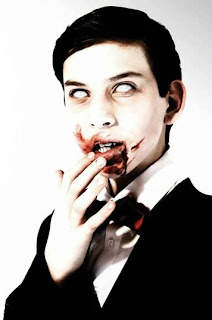