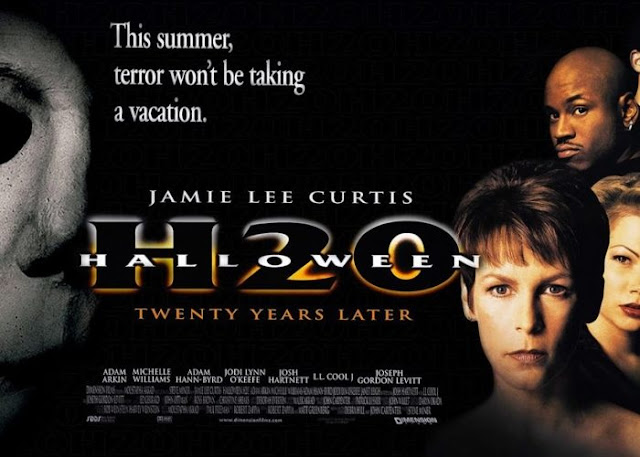 As I’ve written before, one of the most anticipated cinematic moments of my then-young life was the 1998 release of Halloween: H20. The studio-prestige approach to a slasher series that had by then descended to dubious levels and flirted with going direct to video, along with the involvement of Jamie Lee Curtis, was a major reason to celebrate the real return of Michael Myers. Though easily the best sequel at that time, these days, in the face of changing sensibilities and especially 2018’s far superior rebootquel, Halloween: H20 feels more like a mostly positive mixed bag. Regardless of its flaws, however, it easily contains one of the best sequences from the entire series.

After surviving several encounters with her long-lost brother, who finally found her hiding place after twenty years, Laurie Strode has a clear path to escape in front of her – there are no barriers, no hurdles to overcome. She’s no longer trapped in a closet or pounding on doors that will never open. She’s got an idling SUV, an open security gate, and her son, John (Josh Hartnett), is begging her to get back in the car and go. But for half her life, Laurie’s been running from her past and hiding behind a pseudonym as the headmistress of a private school in the shadowy hills of Northern California. Her life is in near-ruins; she’s an alcoholic who wakes up screaming in the morning and has an army of prescription drugs waiting in her medicine cabinet to help get her through. And she’s tired of this version of her life – enough that she’s going to make the conscious choice to stop running. In Halloween and Halloween II, every blow that Laurie lands against her attacker is reactionary and based on in-the-moment survival. This version of Laurie, however, goes on the offensive and willfully takes on the role as predator instead of prey. After sending John away, Laurie shuts the gate, smashes its controls, grabs a fire axe, and enters the game, bellowing her brother’s name as the camera takes a God’s eye view of the abandoned school grounds and composer John Ottman’s orchestral rendition of the Halloween theme floods the screen. In a concept further explored in 2018’s Halloween, this is the scene where Laurie refuses to be the victim any longer, and if there were such a thing as immovable fate, as Samuels once wrote, then she’s going to do the impossible and deny that fate as the victim…even if she dies trying.